It’s All in Your Head: The Power of Mindset 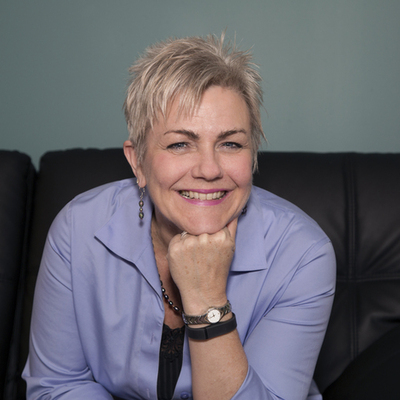 “Be careful what you wish for” is a phrase we often bandy about.

You’ve likely said it yourself - and with good cause. There’s some awareness, on our everyday level, that we have a lot of power to influence what we wish for.

Come to find out, we do.

It seems that the expectations we hold in any given situation reflect an aspect of our more deeply held, often unconscious, mindsets.

Mindset encompasses those interior patterns of thinking and frames of reference that we hold about ourselves and others. They’re the core beliefs and attitudes that influence our way of being in the world.

Mindsets are the mental framework for living our lives.

Our mindset, like a camera lens, filters how we see the world, coloring what’s possible, and what's not, through its prism. Our mindsets frame our expectations, whether we’re aware of them or not.

While "It's all in your head" is often said with disdain, there’s truth in it. We literally have more power than we know.

[Related: The Human Mind is Our Greatest Mystery]

How powerful are you willing to be?

Neurobiological research of the past three decades has shown that the placebo effect, stemming in part from one’s health mindset - or an anticipated expectation to heal - objectively engages areas of the brain that activate the physiological effects that lead to healing outcomes.

Yet, it cuts both ways. Mindsets and associated expectations can also lead to what’s called “nocebo,” or negative effects.

The work of Dr. Alia Crum at Stanford speaks volumes to the idea that mindsets matter. She’s produced research suggesting that people’s mindsets influence the benefits they get from certain behaviors. In a 2011 study involving the reduction of hunger hormones, Dr. Crum showed that the physical effect of food depends not on how caloric or indulgent it is, but on a person’s mindset.

In 2013, another of Crum’s studies demonstrated that one’s stress mindset makes a difference. Her results show that viewing stress as a helpful part of life, rather than a harmful one, is associated with better health, emotional well-being, and productivity at work.

“We know that psychological and social forces are at work in health and in healing, for better or for worse,” Crum said. “But we need to develop more rigorous research to measure their physiological effects. It is time we start taking these forces more seriously in both the science and practice of medicine.”

Mindsets are powerful. How you hold a belief can make all the difference.

[Related: Everything Happens FOR You, Not TO You]

We clean our homes, our cars, our clothing, and our bodies. Yet, we don’t typically clean our mindsets.

In fact, we don’t even think of it.

We’re blind to our mindsets in a similar way that most of us believe ourselves to be great drivers, terrific listeners, and open-minded, despite evidence to the contrary.

Our challenge, then, is mindset hygiene.

What if we did clean out our mindsets? What if we were open to monthly or quarterly reviews of our mindsets, to see if and how they were working for us?

If they're working, great. If not, we can choose to shift them, observing something else through a new lens. You could be more powerful than you realize, by simply checking what’s in your head.

How powerful are you willing to be?

[Related: Is it Time to De-Program Your "Operating System?"]

Chris Johnson is passionately committed to developing generative leaders and collaborative teams who will advance systemic change and create new ways of working together.

As the founder of Q4 Consulting, Inc. I am passionately committed to developing generative leaders and collaborative teams who will advance systemic change and create new ways of working together. The results: strong businesses, healthy workplaces and engaged communities. As an experienced psychologist, leadership and somatic coach I bring a unique, fresh perspective to the work of transforming individuals and organizations--the practice of mindful awareness and embodied learning. I am known for creating trust with... Continue Reading

Meet experts like Chris L. to talk about how to use these ideas in your career:
I'm Ready to Meet the Community