Diversity Without Power is Still Not Enough 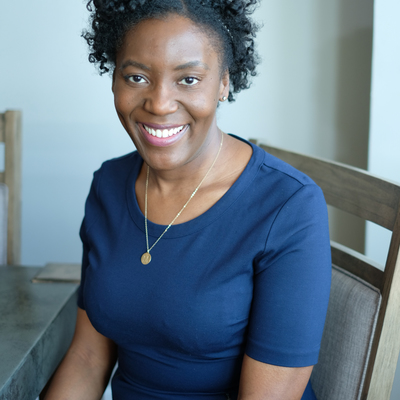 If you’re a professional and a person of color in America, chances are you’ve been part of at least one meeting, team, or department where yours was one of, if not the only [insert race or culture] face in the crowd.

Yet, the National Center for Public Policy and Higher Education reports, “In the U.S., the white portion of the working-age population (generally ages 25 to 64) is declining, while the minority portion is increasing.”

While we’d like to think that our personal experience is the exception and not the rule, the picture tweeted by Liz Heron, Executive Editor at the Huffington Post, seems to spit in the face of this statistic.

[Related: How to Avoid the Bias You Didn't Even Know You Had]

Even more disconcerting is the fact that in this room sits many who decide which stories are worth sharing and whose voices will tell them. This is an organization that draws in more than 200 million unique visitors a month; she who controls whose story is told, she shapes reader perception. For those who are saying that this group of women aren’t execs or CEOs and don’t move the financial needle of the company, remember that power can be just as much about who controls the narrative as about who controls the purse strings.

And that is at the heart of my issue with this photo. It’s such a vivid reminder that those climbing fastest or currently highest on the power pyramid—the key decision makers—rarely look anything like the changing American landscape. In 2014, nonwhites accounted for 38% of the U.S. population, but those who hold the power to shape multimillion dollar companies are barely a blip on the radar.

An article posted, ironically, on the Huffington Post found that just over 4% of Fortune 500 CEOs in 2014 were minorities, a classification including African-Americans, Asians, and Latin-Americans.

To underscore the significance of the power of those in control of the finances as an example, according to Fortune magazine: “In total, the Fortune 500 companies account for $12.5 trillion in revenues, $945 billion in profits, $17 trillion in market value, and employ 26.8 million people worldwide.”

Whether 100, 250, or 500—whatever the Fortune ranking of companies of total revenues for their respective fiscal year—minority representation in key leadership roles is practically nonexistent. With so few minorities governing the path of these companies, our collective power to see real change that will elevate the social economic status of the masses, and not just the few, is significantly diminished.

While we should celebrate—loudly—the people of color who make it into the door, we should never be satisfied with diversity in just the cubicles. We need equal representation at the decision tables. We can start with one voice, then push for two, and continue for three. However, may we never stop until companies such as the Huffington Post are tweeting photos that represent a racially and culturally diverse group of decision makers.

[Related: Why We Need to Stop Hiding as Women of Color at Work]

As the CPO of an innovative nonprofit, M. Michelle Derosier's is often one of the few faces of color in rooms where strategic decisions are made. She has fifteen years of experience shaping and leading the strategic vision for nonprofit programs.

As the CPO of an innovative nonprofit, mine is often one of the few faces of color in rooms where strategic decisions are made. I hope to leverage relationships in the Ellevate community to help me disrupt this trend by increasing the number of women of color in leadership positions at non-profits. In return I can support others by sharing 15 years of experience shaping/leading the strategic vision for nonprofit programs and cultivating key relationships.... Continue Reading

Meet experts like M. Michelle to talk about how to use these ideas in your career:
I'm Ready to Meet the Community