Sometimes the Best Option is One You Didn't Plan For 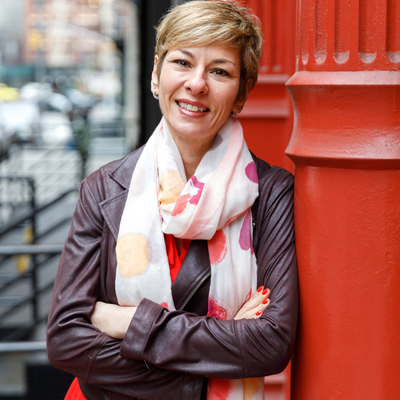 I got divorced after 25 years. We married when we were both 26 years old. We were young and full of hope. We had similar backgrounds; both from Canada, left home at seventeen, and ended up in New York City after completing our MBAs. He had (and still has) a great sense of humor, was incredibly smart and hard-working, and, like me, had visions of starting a family and living happily ever after.

When our son was born, we decided I would leave the workforce, since his job was incredibly demanding and required long hours and travel. Somewhere between my leaving the workforce and my youngest going to middle school, I became increasingly unhappy. Although we never discussed it (a cardinal mistake), I suspect he was equally unhappy.

Like many couples, the idea of divorcing was not something we entertained. Marriage was forever – "till death do us part." The fairytale had long been ingrained in our heads.

Eventually, we started accepting things as they were. It took me a while to realize that we were really tolerating our marriage more than anything else. It wasn’t bad, it wasn’t great – wasn’t that what marriage was supposed to be after so many years?

I talk to many people about their relationships. It’s rather disconcerting to hear that so many couples are tolerating their marriage. It’s one thing to tolerate the fact that he leaves the seat up, or that the kid’s version of clean is better than nothing. It’s okay to tolerate your parents spoiling their grandchildren.

Is it really okay to tolerate a life where neither of you are happy or fulfilled?

[Related: Divorce and The Millennial: How to Cope When Your Peers Don't Relate]

It’s very scary to finally decide to divorce. You have no idea what you’ll be facing - financial uncertainty, whether you’ll find a new partner, how the kids will do – so there are many reasons to stay. I don’t advocate for divorce, but I also strongly believe that we are all entitled to live fulfilled lives and to choose happiness.

We live in a world full of options, and sometimes the best option is moving on - even if the road to the future is paved with pain and tumult. After years of marriage counseling, we made the difficult decision to end our marriage. It was amicable, yet still very painful. We had spent more than half our lives together, had two wonderful children, and would spend the rest only as co-parents.

It was a lonely and sad period, however, I’m happy to say we are both better for it today. We’ve moved on to new relationships with more compatible partners, I’ve started a business I love, and most importantly, our children can now see what a healthy, fulfilled relationship can look like between their parents, even if they’re no longer married.

[Related: 6 Things to Do to Secure Your Finances If You’re Considering a Divorce]

Over the past few years I've had the opportunity to work with incredibly resilient women who are facing the most challenging times in their lives. Divorce affects every aspect of your life: family, friends, finances, work, social life; Even the most amicable divorce can be heart-wrenching. I partner with capable and amazingly resilient individuals through this process. I'm also blessed to be able to support an organization that helps uplift women in need (New York... Continue Reading

Meet experts like Karen to talk about how to use these ideas in your career:
I'm Ready to Meet the Community