The Dark Power of Perseverance That No One Talks About 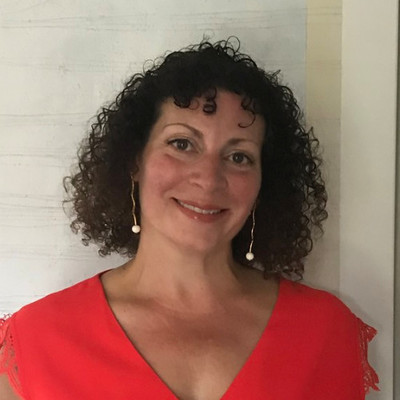 I think perseverance / resilience / grit / commitment are important values. Values that are critical to our success. To that point, I don’t believe natural talent scores over these gritty contributors. Really.

And perseverance ranks top in my own list of values-in-action. So, I feel like I know about this from a few different directions.

While I feel slightly unfaithful – because I love Angela Duckworth’s book ‘Grit’ (a lot) – I’m going to illuminate the darker side of perseverance.

Why? Because it’s a big problem no-one is talking about. Because every client of mine past and present (and likely future) is already good at grit. Too good. And as I write, I’ve just finished a conversation with another smart, successful professional who was deeply puzzled at being dangerously bored doing what he’s always done – and still does well.

He increasingly feels all sorts of things ranging from guilt to desperation. This is not unusual. Or a luxury problem. It’s truly hard maintaining a role that no longer feels aligned with who we are. It’s the big giveaway that strengths are not the same thing as values. And if we misguidedly use perseverance to keep going regardless, we get in deeper and deeper trouble.

Why do we do that to ourselves? Because that’s what makes sense rationally. Or because we can’t grasp a clear idea of what to do otherwise.

So, we employ resilience. Right? Wrong!

In her book, Duckworth writes: ‘grit is about working on something you care about so much you’re willing to stay loyal to it…not just falling in love [with what you do] – staying in love’.

So, in early conversations with clients I often say things that go against what people know about persevering. But I’m aware it's their first time hearing them. Ever. So it can feel confronting and alarming or a huge relief for people as I illuminate why maintaining the status quo is self-sabotage. Because they’re no longer in love with it. Instead, it has crossed to the dark side: keeping us trapped, out of fear of the disruptive change that could set us free from this oppressive feeling. From letting it suck the joy out of an otherwise perfectly lovely life.

Towards the end of this conversation, I ask if he feels it is time to act? I need to assess his readiness, his commitment to this change he wants. Because the tipping point for change is all about timing – it is not about being a bold or impulsive change-maker. That would be stupid. And my clients are a particular breed – smart and already successful. Not stupid. But with a crossroads to navigate.

My coaching is most powerful for those who know they want support getting this handled. To puzzle at it with someone objective until they have the clarity they need to make a plan realigning what they do with who they are…today. And then get support to act on that. And be held accountable actually. So those are the only people I work with.

Their first step is about recognizing something has shifted. And it likely lies between their personal and professional. This piece has been a powerful part of the conversation today. It has touched a nerve and been uncomfortable. But also immensely worth it. Because facing up to that is how people come to terms with the fact they're numb or desperate feelings have a name. Unfulfilled. And when they can see it, they don’t want to be it. They know unfulfilled is untenable. So, we make a plan that navigates their crossroads, together.

Meaning is actually our most important psychological need. That’s why belonging, connectedness and our relationships are so critical. And guess what, it shows up with real power at the developmental milestone most of us hit around 40ish.

When our career-building chapter may be done or thereabouts. We have the house, the shiny car, go on holidays. Often around this time, this coincides with leadership positions that move my clients away from doing what they enjoyed most about their careers on the way up.

They’re well-established. Highly competent at what they do. So think being unfulfilled doesn’t make much sense. We think achieving all that is what was meant to make us happy. That’s why unfulfilled feelings come into focus as a threat to all that we’ve worked for. Instead of a prompt to review, revise and set fresh goals. Goals that make sense of where we’ve come from but are congruent with who we are today.

Coaching seasoned professionals is about backing up first. Keeping calm and thinking twice. Identifying the need-satisfaction gap. The one where what we do contradicts who we are on some level. From there, we can plan change that realigns work you love with what matters most today. It always comes down to work-life synergy.

Whatever that is for you, and it isn’t always about being a career-changer or shrugging off corporate life to start a business from scratch. Sometimes it’s about a subtler shift. A cultural change? Better work-life balance? Inner-Leadership? It’s different for everyone but what runs true for us all, is this:

It’s transformative to live the life we sometimes didn’t know we wanted and thrive again.

The Stories That Blind Us

Are you aware of the stories we tell ourselves? The stories that keep us trapped in a status quo that’s working against us.

Now, don’t get me wrong. Optimism has a darker side too. After all, it would be irresponsible to quit that well-paid work if it supports your lifestyle / family without a plan because you believe something better will come along. Because you’re optimistic.

So, don’t abdicate responsibility for your next steps to optimism. But if you’re ignoring important career-change indicators, please spend some time puzzling at these stories you’re telling yourself. The ones that hold you back and keep you from getting into action.

Are they based on something live today?

Or are these stories you were somehow brought-up on, or are otherwise outdated?

Grit vs. Quit: Think Twice to Decide Which Is Right

But, not everyone has a coach to support them through all that. And it’s a lot. So, taking inspiration from Duckworth’s Grit Scale, I’ve set out a few indicators in a short free PDF to help you think twice and decide which is right for you – in a few minutes – Grit or Quit?

So, keep calm and ask for help to think twice here.

Helens' own career could be called: From Career to Motherhood and Back Again. Her first 'career love' was a 20 year affair with public relations for Global PR firms and their world-leading brands. Which she loved all the way up until she didn't! Helen found her way to career-life synergy, via a 2nd degree - Psychology. Today, Helens' unique blend of Leadership and Executive Coaching draws on positive psychology as much as her years on... Continue Reading

Meet experts like Helen to talk about how to use these ideas in your career:
I'm Ready to Meet the Community