Investing With the Bard 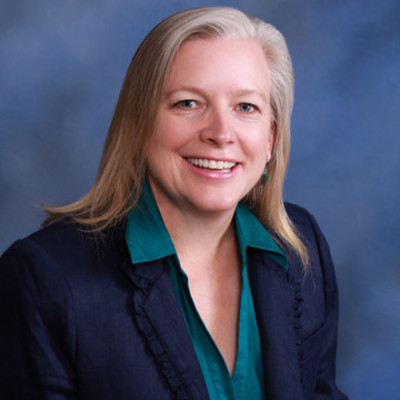 Given that Shakespeare died hundreds of years before the New York Stock Exchange was a twinkle in anyone’s eye, you might think he didn't have much to say about finance or investing.

In actual fact, many of his works are about family, power, and how to live life. Money is often used as a metric of power. We assume those with money also have power.

These ideas have a lot to do with how to handle personal finances. If your family didn’t teach about money, it’s best to learn the right way to do things.

Power in this case has to do with what you can control and what you can’t in the market. And more money isn’t always the key to living the good life. After all:

If music be the food of love, play on. -Twelfth Night

The fault, dear Brutus, is not in our stars, but in ourselves, that we are underlings. -Julius Caesar

During Shakespeare’s time, it was pretty common to believe that stars and other celestial objects directed human lives. Which they don’t. Stars are pretty much just giant mixtures of gases. They don’t have any feelings or desires to rule or direct anything, much less carbon-based life forms.

People, on the other hand, do! We have desires to rule, to direct. With personal finance, it’s ourselves that we have to rule. Investors have to work on their own behavior to avoid making bad decisions. Like selling out too early, or hanging on to investments because they have sentimental value.

There are more things in heaven and earth, Horatio, than are dreamt of in your philosophy. -Hamlet

Contrary to popular belief, the thing about personal finance is that investors can do just fine with a fair minimum of effort. Follow a fairly simple recipe: Spend less, save more, and invest your money.

Long-term savings for a goal such as retirement should be aggressively invested. Index mutual funds are just fine for many investors, especially those just starting out.

Of course, there’s much more beyond the simple things when it comes to finance. There are all kinds of private equity funds, hedge funds, cryptocurrencies, etc. All kinds of things that you can invest in, not dreamt of in the philosophy of index funds.

And if you’ve invested in anything over the past few years, you might think it’s because you’re a good investor. Unfortunately, that’s not necessarily the case!

The stock market as a whole has been rising, so pretty much every investor should have made money in it over the past decade. There are a lot of pitfalls and risks that you can’t see because they’re hidden under the rising tide that lifts all boats.

Until the recession comes - which it will, sooner or later. At that point, the risks will become very obvious and very real.

Before you branch out into these other investing philosophies, make sure you do your research!

We are such stuff as dreams are made on; and our little life is rounded with a sleep. -The Tempest

Prospero reminds his guests that the entertainment is an illusion. Manmade structures eventually crumble. Life is fleeting. Money is necessary to live our lives, but it has no meaning at death.

Beating the market is a meaningless benchmark. Instead, focus on the goals that get you to the life you want, whether it’s a family, a house, or a comfortable retirement.

Neither a borrower nor a lender be, for loan oft loses itself and friend. -Hamlet

Well, here’s one that’s on the nose! If you lend money to a friend, often you’ll end up not only without the money, but also without the friend. The same happens in reverse, if you borrow from a friend.

By approaching a third party lender, such as a mortgage broker, credit card company, or student loan provider, you avoid the friend problem. But too much debt drags down your finances, no matter who gave you the loan. Especially when it’s unsecured, like with a credit card.

Wisely and slow; they stumble that run fast. -Romeo and Juliet

There are a lot of get-rich-quick schemes on offer. We Americans are peculiarly susceptible to them, unfortunately. Most of them do generate money, but only for the one who’s selling their secret. You won’t get rich, but they might.

The trick with the power of compounding is that it takes years, even decades, for the power to truly kick in. Making mountains out of your money molehills doesn’t happen right away. So, you’ve got to be patient and give your investments time. If you try some scheme or trick to go faster, you’ll likely stumble.

Nothing will come of nothing. -King Lear

If you don’t start saving, money can’t start working for you. If you don’t have an emergency fund, you might have to put expenses on your credit card and have interest work against you. If you’re not investing in the stock market, your money can’t outpace inflation. If you do nothing about retirement, you’ll have nothing for retirement.

Sounds scary, right? The good news: If you haven’t started investing yet, you can start right now. So what are you waiting for?

Shakespeare knew a lot about people and their behavior. Personal finance is all about human behavior. Use his knowledge to help you invest.

Jennifer Jank focuses on divorce financial planning for women going through the process of divorce, as well as empowering women to make good financial decisions with education.