What if You Don’t Want to Be a Leader? 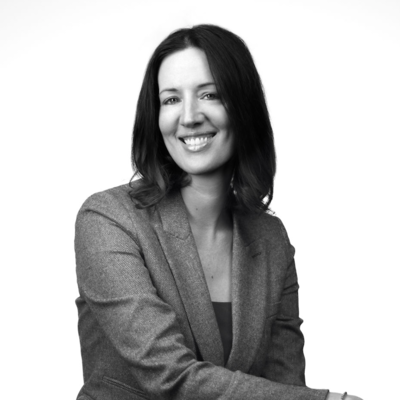 You’ve been working hard—demolishing your KPIs, navigating the matrix, synergizing where synergy was needed, disrupting where they didn’t even know disruption was needed, nailing all the other corporate buzzwords, getting noticed by the people upstairs.

Here’s the kicker: You’ve gone and gotten yourself promoted to be a manager. Of people. So why does something that’s supposed to feel like a celebration leave you feeling as deflated as the listless “Congratulations!” balloon bobbing around your office?

Let’s all acknowledge something right off the bat: Work is weird, and not just because we have dress codes (even if you work in a hoodie-wearing culture, don’t kid yourself—you’ve got a uniform, too) and have to craftily pretend we aren’t browsing online a fraction as much as we really are all day.

The way we’ve set up career succession plans is inherently weird, too. We’ve been raised to believe that our careers are only progressing if we’re getting promoted to be the boss of people (even if it’s just the intern), and leadership has long-since subscribed to the belief that the best way to reward and keep the keepers is to give them other people to keep watch over. It’s just the way the weird world of work works.

We think we’re supposed to want to grab that Boss brass ring, because many our co-workers are clamoring to break out of the cube farm and earn the right to an office with an actual door. But what if the glamorized idea of leadership just isn’t for you? What’s a stellar individual contributor in a workplace that’s all about climbing the ladder, not contentedly camping out on the third rung, to do?

Give it a try.

If your boss is enthused to promote you, you’re either the best of the worst, or they might just have decent management radar and see potential in you. Why not step into the role for nine months while negotiating that you get some decent leadership development?

Many people bail on the management thing because they’ve been thrown at the wolves with no training at all and wonder why It’s So Hard. Be assertive and ask for more 1:1 time with your manager, arrange a mentor in another department, read classic books like “The One Minute Manager,” take a training class (like Lynda.com), or get a coach. Give it an honest try to make sure Imposter Syndrome isn’t getting the best of you.

[Related: How I (Finally) Escaped the Confidence Trap]

The number of leaders who secretly yearn for the days when they were responsible for themselves—and themselves alone—it’s staggering, really. It’s one of the number-one reasons people come up to talk to me after I give leadership presentations.

I always throw out the idea that there’s no shame in not wanting to lead. They sheepishly whisper, “That’s me—I don’t really want to be a boss anymore. And I don’t think I ever did.”

Step into your decision and be honest with your manager. Make sure you’re doing a bang-up job as an individual contributor—so good they couldn’t imagine the office without you—and talk to your boss about a future that involves you leveraging your strengths, independent of leading people along the way.

[Related: How to Get Out Of Your Own Way]

Women have been encouraged to lean in and go for the opportunities—all of them!—and that’s amazing, and also not mutually exclusive to the point of admitting (notice I didn’t say “apologizing”) that leadership just isn’t the right fit for you, right now.

Could it limit your options where you work, to opt out of the management track? Probably. Could it get you escorted out the door by a burly security dude? Likely not.

Most companies are happy to have hard-working, achievement-oriented professionals who take on increasingly challenging tasks, even if they aren’t senior to anyone on an organization chart. You’ll need to map out what advancement opportunities look like—in terms of role, compensation, and title—with your boss and HR.

Some companies are all about the “up or out” philosophy, and if you’re in one of those environments, you’re obviously feeling itchy there by now. Scratch the itch and find a company where you can do great things, even if it’s not as a boss…maybe even on your own as a solopreneur.

If leadership isn’t for you, take the bold step to remain in or recreate a role where you can be an integral part of the team as the boss of no one, without a whiff of defeat or apology. Enjoying what you do and being spectacular at it means you’re taking control of your career, which is both inspiring and empowering.

The irony of all ironies? Putting the leadership track aside might be the boldest #GirlBoss thing you could ever lean into.

Jodi Wellman is the co-founder of a career coaching business founded on the belief that it's never okay to have a bad job.

I'm the co-founder of Spectacular at Work, a firm that helps companies be great at people, and people be great at leadership. We know that creating a spectacular corporate culture and work environment provides a powerful competitive advantage for companies that want to achieve astonishing things. We're kind of fanatical about all things culture, engagement, well-being... anything that helps leaders and teams do their best work and not succumb to the Sunday-night despair of yet... Continue Reading

Meet experts like Jodi to talk about how to use these ideas in your career:
I'm Ready to Meet the Community