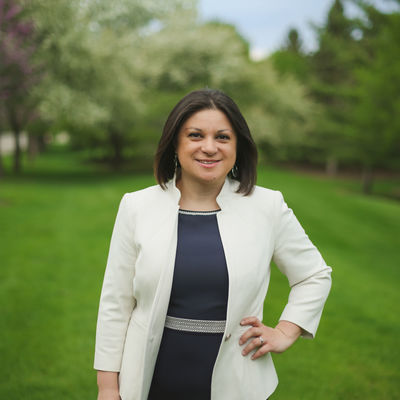 The double bind is real. Women in the workforce are either viewed as likable or competent. I have yet to see a successful female, regardless of industry, who is proclaimed as being great at both.

Still, businesses tout that they aren’t discriminatory and evaluate women to a set of clearly-defined values. While often reviews are conducted in accordance with a company’s core values, rarely are such values clearly defined, and usually they present an opportunity for a lot of subjectivity and bias.

If you struggle to understand the double bind in practical terms, look no further than a typical performance evaluation that judges employees on "leader" and "team-player" characteristics.

[Related: "We Would Never Penalize a Woman Like That"]

A few years ago I worked for a company that evaluated its employees on multiple values, two of which were "leader" and "team-player." One year I received a review with less-than-stellar score in the "leader" category, but I got the top score in "team-player."

That same year, I had put processes in place, taken the business unit to a whole new level in my field, coached employees, challenged opinions, and was keenly aware where the business was going, what was needed for success, and how I could support it.

What I didn’t do was toot my own horn, thinking others noticed hard work and effort. I was confused about my manager’s assessment of my leadership abilities, so I asked the question, “What do I have to do to be viewed as a leader?” My manager wasn’t prepared to answer right away, but eventually we did come up with a plan.

My leadership development roadmap was: Hold two training sessions, find gaps, introduce and roll out two to three processes to improve sourcing effectiveness, actively participate in monthly meetings with executive leadership, and mentor an employee on a cross-functional team.

I had done exactly those things in the year before, but focusing on the future, I made a mental note to bring my manager into the know of everything I was doing, ensuring I would be given credit for my leadership skills.

[Related: Elevate Your Career by Communicating Your Impact]

Fast forward to the next year's review. My manager and I were on the same page with regards to my leadership abilities. I was praised for the strides I made in becoming a leader. In reality, the only thing that I had done differently was to make my manager aware of what I was doing and the impact. I didn’t go from not being a leader to being a good one in a year; that kind of transformation just doesn’t happen that fast.

As we continued on through my evaluation process and got to the "team-player" part, I was shocked to learn that my score had dropped significantly in that section.

I made an assumption that being a team-player was evident. I collaborated well with others, I had a great rapport with everybody I worked with, and I always had a positive attitude. When I inquired why my "team-player" value suffered, I was told that I was too direct and came off too aggressive.

Due to my Russian upbringing, I have always been tenacious and direct. Those same qualities make me successful at my job as a sourcing professional. To expect that I would be something else with my internal stakeholders would be asking me to be unauthentic.

"Team-player" doesn’t mean you are soft-spoken; team-player means you are watching out for the team and are able to create effective communication cadence, resulting in others including you in their discussions, seeking and valuing your opinion.

Being a team-player means you root for your team to excel, to progress, to succeed! It means you aren’t just after your own gains, and your ultimate goal is for the whole team to get better.

Being a leader means you have a team of people who look up to you for advice, who are willing to follow you, who value your opinion, and who seek your approval. It means you are inspiring, able to motivate others, and direct the organization to achieve higher goals by stepping into uncharted waters. A great leader always looks out for their people. You can’t be a leader without being a team-player.

So can you be both? It appears that men can, but women often are left with "damned if you do, doomed if you don't" dilemma. It’s time for effective actions to change the narrative. We must break away from the "men take charge, women take care" mindset.

To women: Request value definitions and objective goals! Objectivity and specificity is your friend. Demand examples and spend time in working sessions to get to the bottom of what exact actions you need to take to be viewed as a leader. Define what "team-player" means and provoke your leadership to discuss on how one can be both team-player and leader.

To companies: Assess your performance management process and ensure that "team-player" and "leader" values are clearly defined. Train your management that they aren’t mutually exclusive, and audit performance reviews so women aren’t caught in the double bind. Don’t force women to settle for either being a leader or a team-player.

[Related: Give Your Best, Most Authentic Reviews Ever]

Ruzana Glaeser is a sourcing expert and a co-founder of brightmeetsbrave.com. Her passion is women empowerment, negotiations, and relationship management. She thrives on sharing stories and instilling confidence in women to negotiate on their own behalf.

I am many things, but professionally speaking I play a dual role as a co-founder of brightmeetsbrave.com and a successful sourcing expert whose passion lies in women empowerment, negotiations, and relationship management. Having the experience of growing up in poverty in Russia, moving to the US on my own at a young age and rising to success through determination, collaboration and continuous learning, I have a unique perspective of global culture of business. Continue Reading

Meet experts like Ruzana to talk about how to use these ideas in your career:
I'm Ready to Meet the Community