The Rock and a Hard Place of Workplace Harassment 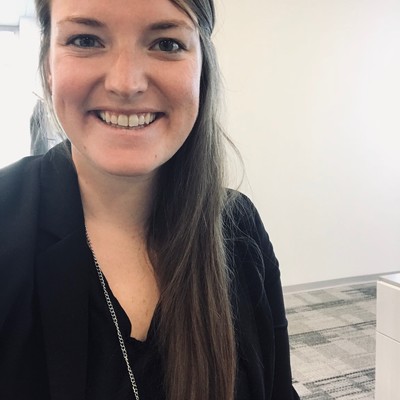 I know four women personally who in the last six months were fired, paid to leave, or outright quit because they brought racist or sexual harassment misconduct to light. How far from gender equality are we if we cannot speak up in the corporate space about uncomfortable, and sometimes downright unsafe, work environments? According to an article from NPR last year, “81% of women have experienced sexual harassment.” That is an astounding number.

I have found in my experience that women tend to mainly confide in other women about whom in the office to avoid and why. It is clear, based on the four women who no longer have their jobs, why women are so protective about who they speak up to.

With the #MeToo movement there has been a lot of discussion around why women wait so long to speak up. I think one of the main reasons is that we need a job to pay for our livelihood and that of our families. In an article on Ellevate, Hira Ali sums it up well:

In the absence of a work environment that prioritizes protecting women from harassment, bullying, and sexism, where laws, rules, and systems are more favorable for men than they are for women, there is little surprise as to why a majority of women find it so challenging to make it to the top.

On a larger scale, “Gender inequality at work mirrors that within society. The sexist attitudes and behaviours that lead to violence outside of work don’t stop at the factory gate or office door.” (from The Conversation).

The normalized culture around sexual harassment and blatant racism is holding women back from career advancement and therefore financial growth and stability. Having to constantly switch jobs, positions, or explain why you were recently fired are all road blocks to career progression. Michelle Bogan said in an article that as women, we just want “equal recognition for our contributions, equal numbers of seats for us at the table, and an equal chance to share our smarts and well-informed opinions once we’re there.” And that just isn’t possible in a environment where reporting misconduct results in the loss of your job.

In all four of these women’s cases, the man at fault continued working in their current role. In other positions, I have seen the same pattern. What message is that sending to other employees? What message does that send as a company?

Many companies are now moving to a “zero tolerance policy,” in which one act of sexual harassment that is found to be likely unlawful will result in the employee being dismissed from their position. But such rules may be problematic in instances of little proof. This is a problem many people and companies are eager to solve, but it is a complex issue that requires multi-layered solutions.

Unfortunately, there is not currently a good answer to these problems, and those of us well into our career can’t wait. A quick Google search of what to do in the case of work place harassment will lead you to the best ways to resign, leave your current job, explain the job transition in the next interview, and, of course, to report it. In an article by Brande Martin, she suggests, “Be straightforward and ask the individual to explain their intentions about their question or comment. You can educate the person as to why what they said was offensive and hurtful.” But, as we just discussed, reporting it and confronting the person in question can be dangerous or problematic. It can mean career suicide, so how do we choose? And who really has the luxury of that choice?

Having moved to Nashville in the summer of 2017 I am still looking to grow my network both personally and professionally. I really enjoy working in financial planning and helping individuals connect their resources with their goals and objectives. Outside of the office I enjoy hiking, kayaking, cooking, white water rafting, reading, and traveling. I really enjoy the empowerment and supportive culture of Ellevate and am honored to be part of the leadership for the... Continue Reading

Meet experts like Jenna to talk about how to use these ideas in your career:
I'm Ready to Meet the Community