Getting Ken Fisher Off the Stage is Good. Getting More Women at the Helm of Wealth Management is Even Better. 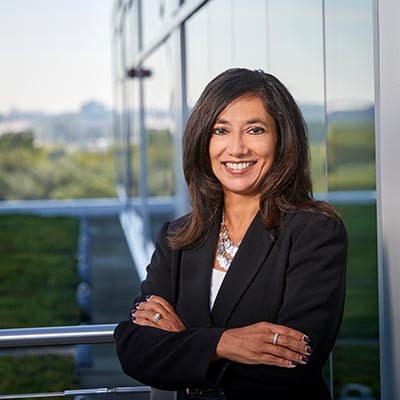 The recent public outing of celebrity investor Ken Fisher at a financial industry conference for ugly and sexist behavior is a sad irony, especially given the emphasis such conferences place on developing more female advisors and reaching and serving female clients. This was a crisis moment, and the industry has responded reasonably well. Getting a badly behaved conference speaker off a stage is like getting a bad driver off the road. That’s important. But when the roads are bad, you have to fix the roads, too.

Fortunately, the avalanche of media attention — not to mention asset outflows at Fisher Investments — underlines progress beyond the male-centric industry of 20 years ago. Bad behavior was normal enough that the conventional advice to women was to keep our heads down and get our work done despite it.

It’s a positive sign that the financial advisor who raised the curtain on Fisher’s ugly behavior was a man. In my view, he rightly recognized the moment as a crisis of conscience for the wealth management industry. I believe, too, that his actions will directly and positively affect industry conferences going forward.

But conferences are, of course, just one narrow component of how women experience this industry. Female professionals work on its front lines as financial advisors every day—but not enough. According to the CFP Board, only twenty-three percent of Certified Financial Professionals are women.

Here’s a thought experiment. Think of a talented woman who left your firm. Someone you know who had great potential and you were sorry to see leave. Do you actually know the reason why she left? In my experience, the reasons often boil down to lack of career opportunity and professional nurturing.

Note that these reasons are rarely ever overtly stated as women walk out the door. They come up in conversation later — at lunch, say, or at an industry event. Because of my personal focus on mentoring, I’ve heard more of those stories from around the industry than many people have.

My anecdotal experience lines up with conclusions from a recent McKinsey/LeanIn.org study, as reported in the Wall Street Journal. The study found that women are disproportionately shut out from opportunities to climb onto the very first rung in the managerial ladder. If fewer make it to that first rung, then fewer still are climbing six or seven rungs later.

Therefore, to combat the “broken rung” problem, the most important way to increase female executive leadership in the wealth management industry is to encourage and support the many talented women who are not yet near the top but have aspirations to get there.

This is a good business practice, as well. Women now control more than half of all personal wealth in the United States. To better mirror the clients it serves, the wealth management industry must recruit and develop more women financial advisors.

More women will change the industry dynamic — at conferences and in the boardroom.

In my mind, the biggest long-term impact will come from increasing the number of women who hold influential leadership roles within this industry. In my case, I became content as a client-facing financial advisor. But an executive saw something in me that led him to ask if I’d ever thought about leading a team. This planted the seed within me that I could be something more. And, I wanted it. First, it was a team of client-support personnel. Later, it was a team of advisors — many older than I was at that time. Then, onto an even broader team and the chance to help define the strategic vision and culture of the firm.

The road to opportunity must be paved with the good intentions and willingness of others to do what is right. My job now is to pay it forward and help young women understand how their talents are desperately needed in the wealth management industry. And, to help both women and men know how much the industry — and its clients — need to focus on supporting their career growth.

At an interesting crossroads in my career. I'm a senior level woman in our wealth management unit and trying to carve out what the future looks like for me - very exciting but would like to meet others that are in similar roles or junctures in their careers.

Meet experts like Anita to talk about how to use these ideas in your career:
I'm Ready to Meet the Community