We Can Reshape the Global Economy for Everyone 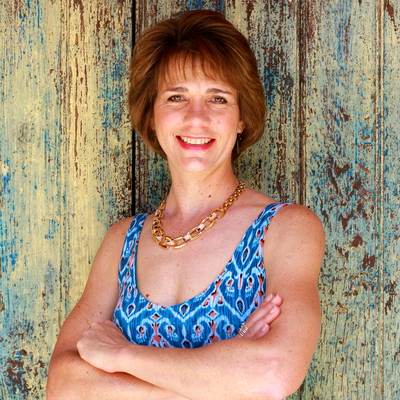 It's been three months since the Business Roundtable released a revised statement of purpose signed by 181 of its 193 members, issuing a new commitment to move from shareholder primacy to creating "value for all of our stakeholders."

This declaration was met with the gamut of reactions, including skepticism, "about time" sighs, and a challenge from the B Corp community to follow up with action and collaboration through its #LetsGetToWork open letter and campaign.

With $7 trillion in revenue annually, these leading U.S. corporations are a powerful voice in the market and beyond. Their action - or failure to act - will have an undeniable impact on the sustainability and equitability of business and community in the coming decade.

Three months later, the BRT Twitter account shares positive individual actions taken by its members almost daily, but it remains to be seen if and what collective action will come next.

But we're not waiting to take action.

As a certified B Corp, my coaching and consulting firm votes every day to prioritize people over profit and to build a regenerative economy. We do this by providing 95% of our services to customers that address social and economic problems. We also encourage our staff to donate more than 5% of their time to volunteer service.

Vista Global is a small business with a small economic engine. As we've discovered from many movements in the past few years - #TimesUp, #FridaysforFuture, and #BlackLivesMatter - there is power in numbers. That's why I've been actively looking for ways to connect with and amplify the work that needs to be done.

A clear way that we can ensure a more purpose-driven bottom line is to propel more women into leadership roles. As Fortune.com noted:

Women are more inclined to take a broader, more long-term view, and are more willing to engage with difficult issues that have an everyday impact not only on a company’s bottom line but across our society as a whole.

Corporations who promote women will not only strengthen their commitment to purpose, but will also increase their bottom line:

Firms with female CEOs and CFOs produce superior stock price performance, compared to the market average, and firms with a high gender diversity on their board of directors are more profitable and larger than firms with low gender diversity, according to a new study from S&P Global Market Intelligence. —Korn Ferry Institute

Unfortunately, finding women to fill these leadership roles isn't as easy as it sounds, due to the "broken rung" of opportunity.

This phrase was recently introduced in a study from McKinsey and LeanIn.org. It represents the fact that many women aren't being denied top management positions. Instead, they are missing out on the initial promotion opportunities to step up into management. Without this first step, there is no further opportunity to climb the corporate ladder.

This year, as a founding signatory to the #WeTheChange declaration, I have committed to actively building a world where women are equally represented for a "radically inclusive and richly regenerative global economy."

Here are three ways that businesses - from a solopreneur to a billion-dollar corporation - can contribute to the conversation, close the opportunity gap for women, and be a positive force for change.

[Related: The Added Challenge for Small Companies and Departments]

In recent Congressional testimony provided by Jamie Dimon, JP Morgan CEO and Chair of the BRT, it was determined that Mr. Dimon received total compensation of $31.5 million in 2018, which is 1312 times the starting wage of a JP Morgan teller. Congresswoman Katie Porter attempted to create the tightest possible budget for a constituent living in her district and found it impossible to make this salary work with a monthly deficit of $567.

This pay equity gap will add up to an average loss of $418,800 over a 40-year career for a 20-year-old woman starting to work full-time this year, according to the National Women’s Law Center. Closing the wage gap is about both leveling the playing field and creating a more robust economy, with the Institute for Women’s Policy Research calculating that closing the wage gap would add $512.6 billion to the U.S. economy annually.

I first experienced sponsorship when I started a new management position and soon realized that I was being paid 50% of one of my counterparts who had less experience. I rewrote my job description and advocated for myself, but it was the sponsorship of a male colleague in an executive management role that sealed the deal for my pay to be increased to equitable standings.

Mentors provide encouragement and advice, using their own valuable experience to help their mentee discover opportunities, chart their own path, and avoid pitfalls. Sponsors go one step further and take action, helping to build social capital by introducing junior employees to their social network, going to bat for them in interviews, and creating opportunity for these leaders on the rise.

Ellevate, another women-owned certified B Corp, is an excellent example of sponsorship in action, with a powerful online network, peer group "squads," and regional in-person events. Women and men in leadership must take on the responsibility for not only providing sage advice, but championing the work and potential of women.

Beyond actively seeking out sponsorship opportunities, businesses must invest in leadership development through coaching, ongoing education, and simply giving women the reins to lead.

Based on 30 years of research conducted by the Center for Creative Leadership, Bridgespan Group has designed the 70-20-10 leadership development model that posits leadership is learned by doing. The model calls for 70% of development to consist of on-the-job learning, supported by 20% coaching and mentoring and 10% classroom training.

If women know that their leadership development is valued and will be rewarded, that broken rung will practically repair itself.

We commend Jamie Dimon and BRT CEOs in recognizing that the U.S. economy needs to work for everyone. Next up? Let's walk the walk.

Taking action by closing the wage gap, fostering sponsorships, designing 70-20-10 leadership development, and implementing inclusive workplace policies is good for business and will reshape the U.S. economy to create a durable prosperity for everyone.

[Related: How to Motivate Leaders to Champion Gender Equity]

Mary Stelletello brings 25 years of experience in the nonprofit and philanthropic sectors to her coaching and consulting work. She founded Vista Global Coaching & Consulting in 2010, to align with her values of making a difference in the world. In 2012, Vista Global became the first certified B Corporation in the state of Wisconsin. This article was originally published on Thrive Global.

Mary Stelletello, MA, MBA brings 25 years experience in the nonprofit and philanthropic sectors to her coaching and consulting work in the areas of governance, leadership development, strategy development, strategic partnerships, training, facilitation and organizational capacity building. She founded Vista Global Coaching & Consulting in 2010, to align with her values of making a difference in the world. In 2012, Vista Global became the first certified B Corporation in the state of Wisconsin, affirming our... Continue Reading

Meet experts like Mary to talk about how to use these ideas in your career:
I'm Ready to Meet the Community