Quiz: Do You Work for a Todd?

It’s January. “New year, new you.” Time to get that promotion, secure that raise, shift your career into high gear.

And in order to get there, many of us have been doing our homework: We’ve been pulling on the bookshelves and bookshelves’ worth of advice on how to take our rightful seat at the table, to “go girl,” boss up, lean in, know our worth, close our confidence gap, be worth it.

All of this advice is so well-meaning. (I know — I’ve given a lot of it myself.) And it feels so great to receive it, because it’s a roadmap to success that we can each *slay.*

At Ellevest, we know there’s a lot of benefit in doing the hard work: clarifying our career goals, mapping our achievements, working with career coaches, making ourselves better at the jobs we do and ready for the ones we want.

Except, as a rule … the hard work doesn’t always get us as far as we expect it to.

While we’ve all been focusing on driving our careers in a way that would have knocked our grandmothers’ girdles off, diversity in corporate America has been stuck in neutral; and the gender and racial pay gaps have been stubbornly static.

And I mean really static: The pay gap for women overall won’t close until 2059. And it’s even worse for women of color: Black women won’t reach equal pay until 2130. Hispanic women will wait until 2224.

Here’s what doesn’t get said in those career how-to books: You may not be the problem that needs to be fixed.

Repeat: You may not be the problem that needs to be fixed.

Who’s Todd? Todd is a middle manager. For many of us, Todd’s the person who directly decides whether or not you’re getting that raise, that promotion, that seat in the room. And Todd just never seems to promote us — or anyone who looks like us.

Which better describes your manager?

A) Seems like a nice guy. Really likable. In strong demand for golf foursomes at the summer outing.
B) Gives off serious woman-hating vibes.

Answer: A. Todd is difficult to spot in the wild.

Do any of the below sound like your manager?

A) Went to unconscious bias training class and talks about it. A lot.
B) Read “Lean In.” Still talking about it. A lot.
C) Says his mother is his hero.
D) Has a daughter.
E) Says Lizzo was his Spotify top artist of the year.
F) Subscribes to Fortune magazine’s Broadsheet.
G) Has been known to describe himself as “woke.” Self-deprecatingly, I’m sure.

Answer: Any of the above … and your manager could still be a Todd.

One of the insidious things about unconscious bias is that managers often mean well and try hard. Todd’s heart could very well be in the right place.

How does your manager give you feedback?

Answer: Could be any of the above.

The last person your manager promoted was:

Justin, John, Daniel, and Brandon were the white men he promoted before Michael (also a white man). I don’t know who Emily is.

In my performance review, my manager told me the feedback was that I was:

Answer: Could be either … and could be both.

(This one isn’t hypothetical. “Both” literally happened to me. One of my bosses gave me this exact feedback with a straight face. It’s the old double bind, in which Todds demand that women walk an impossibly thin line of having just exactly the right amount of certain qualities. Oh, and that line moves.)

My manager didn’t help advance our corporate-wide diversity initiative, so his pay was docked by:

A) Not much
B) Not much at all

Answer: Not much at all.

A) A recent research from Lean In and McKinsey tells us that just 72 women get that first promotion into management for every 100 men that do, which means women end up holding just 38% of management roles. (And, no it’s not because women leave to take care of children or because we don’t ask for raises at the same rate as men. It’s simple bias. It’s Todd.)

In order to get the promotion and raise you rightly deserve from a Todd, you should:

A) Re-read your how-to-get-ahead career books to *empower* yourself to *close your confidence gap* and *get all that you deserve.*
B) Truth bomb: This isn’t your fault, and you can’t “fix” it. Unless your company takes action to truly prioritize diversity — way beyond what they’re probably doing now — you need to get out of there, if you’re able to.

Answer: You know it’s B. Deep down, you’ve known for a while that it’s B.

So let’s make 2020 the year in which our eyes are wide open to the real barriers that stop us from fulfilling our career goals: A middle management full of Todds is too often where diversity goes to die.

It’s pretty easy to see who cares about results, and who’s falling back on things like bias training and diversity groups even when they’re clearly not working. Look for the manager of a different department at your company whose team already reflects the world around them. Look for the leadership team of another company that does the same.

So if you work for a Todd and are able to get away from him, 2020 can be the year you make a plan. Then, when you’re out of there, tell your #ToddStory so people know how exactly this system stays broken.

And when we hear from our friends that Michael / Justin / John / Daniel / Brandon got their promotion (yet again), we can help them move from self-blame to an action plan of their own. 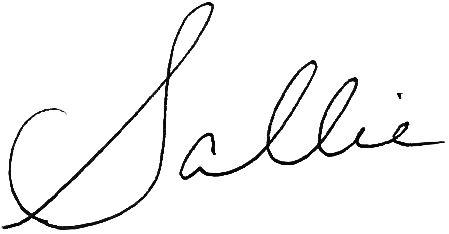