Your Performance Review Is Rigged, and This Is How 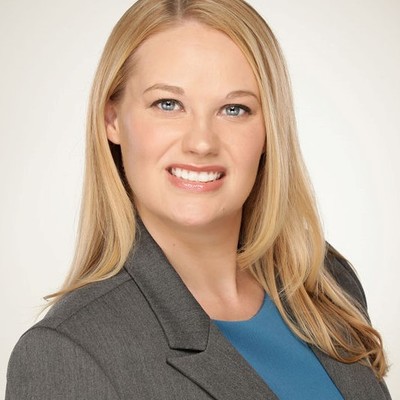 I was bullied at work. I wasn’t given correct information or included in the meetings I needed to do my job. Daily treatment included yelling, cursing, gaslighting, and malicious gossip — followed by e-mails with imagined offenses. I reported them immediately, but my manager agreed with the perpetrators.

As a new employee, I couldn’t believe this was happening to me. All I could think was, why? What had I done to deserve this treatment?

During this time, my husband and I were hiking on trails with active bear warnings posted. The signs advised:

Back away slowly, and whatever you do, don’t run! You can’t outrun a bear.

I turned to my husband and asked:

No, you can’t outrun a bear!

He shook his head and joked:

What are the performance criteria in your workplace?

Do your performance criteria encourage employees to do their best work? Or only appear to do better work than their coworkers?

My workplace practiced a variation of the forced, or “stack,” ranking system, with annual layoffs to eliminate “poor performers.” A forced ranking system compares an employee’s performance against others, instead of to a standard. Ranking quotas can vary from company to company, but commonly 20% are designated as the top performing employees, 70% are average, and 10% are considered the poor performers.

Stacked ranking systems force managers to have tough conversations with true under-performers — but at a high cost to employee morale. It can also be demotivating to know that no matter how hard you work, you’re still likely to be rated average (affecting your bonus, raise, or promotions).

The fear of being in the bottom 10% can motivate the wrong behavior in employees, who will use self-preservation methods of creating competition and sabotage rather than working together to optimize company goals. Like a season of Survivor, employees spend more time planning, documenting, networking, and forming strategic alliances than gathering “food” and providing sustenance for your organization.

Although companies are eliminating forced ranking systems due to legal risks, variations are still common — including “friendlier” forms that warn poor performers instead of dismissing them. Perceived bottom rankers may leave on their own, resulting in unnecessary and costly turnover.

[Related: Surround Yourself With Leaders That Raise You Higher]

Bring objectivity into your performance evaluations.

Do your performance evaluations include diverse assessments and sources of employee feedback? Or is each employee subjected to a single evaluation that may not be objective?

As workplace hierarchies become more flat, employees report to a manager who isn’t familiar with them as individuals or with their day-to-day work. Managers may rely on performance input from senior coworkers who supervise workflow and control information given to other employees — creating a toxic ecosystem where coworkers are in a position to create misinformation just to avoid the bottom.

Unintended consequences of a forced ranking system can breed poor behavior in even your most tenured employees. Ask for more information when you hear negative feedback about an employee. Is there a training issue? Are there certain employees whose coworkers have either resigned or struggled with performance in the past? Look for and document patterns.

[Related: How to Retain Employees by Creating Effective Leaders]

What do you do if you're working in a forced ranking environment?

It’s best to avoid working in a company with forced ranking criteria — but how do you tell? If you’re interviewing, ask a future employer how job performance is measured and evaluated.

Would you be measured against a standard or peers? Ask clarifying questions and listen for terms such as “quota,” “curve,” or “most employees are in the middle.” Ask current and former employees about performance evaluations at your prospective company.

What do you do if you’re working in a forced ranking environment? Give more, not less. In my situation, I focused on working hard and looking for ways to help and connect with my coworkers.

I noticed that a coworker was frustrated due to constant rework of time-consuming manual calculations. I offered to automate this in a spreadsheet and teach him how to use it — something that took only two hours of my time, but was a lifesaver for him.

If you're concerned with sabotage at work, keep documentation, discreetly ask for confirmation from other sources, and follow up verbal information with e-mails. If you’re experiencing bullying, it’s important to let the offender know that the behavior is unacceptable; many will stop when confronted. In all cases, document the behavior at the first offense and follow your company’s procedures for reporting inappropriate behavior.

While the purpose of forced ranking systems is to eliminate truly underperforming employees, other methods can solve this on a case-by-case basis without undermining the entire culture of an organization. Forced ranking systems can motivate fear and unwanted behaviors in workers, creating “underperforming” employees through internal competition and toxicity while undercutting the goals and profits of the company.

If you still insist on using a forced ranking system for employee performance, you may just find your company forced straight to the bottom of industry rankings.

[Related: We Create Our Own Monsters]

Alisha C. Taylor is an engineering program manager and life coach. Her work has been featured on Ellevate Network, The Startup, and Thrive Global. A STEM advocate, checklist champion, and learning addict, you can find her @AlishaCTaylor and alishactaylor.com.

Meet experts like Alisha to talk about how to use these ideas in your career:
I'm Ready to Meet the Community