Colette's Story: My Time in the Old Boys' Club 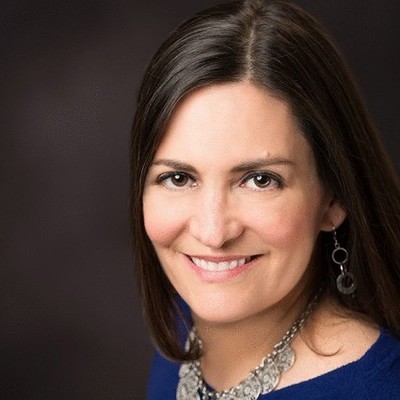 It was 2009, the middle of the financial meltdown, and I had just gotten out of an 18-year marriage to a man I'd once loved, but who over time had become an addict. I had gone back to school to get a degree in Architectural Engineering – a degree that just two years before had a 98% placement rate – and with the real estate market in the toilet, absolutely no one was hiring.

I just needed to get a job to support me and my five kids. I began applying for roles beyond construction. Then, I noticed a new builder was renovating office space near where I lived. One day, I stopped by their office unsolicited, introduced myself, and dropped off my résumé.

A few days later, they called me in for an interview. I don’t think they knew what they even needed until they saw my résumé. They said:

We weren’t even looking for anyone, but when we saw your skill-set, we realized this might be something that we need.

[Related: I Got Unstuck In My Career After Hitting Rock Bottom]

I was so excited. I felt lucky to get up every day and go to work there. After years of struggling to get through school while raising my kids, I was so relieved that things were going my way.

I started out part-time — only about thirty hours per week as sort of an administrative assistant. At such a small company that was growing rapidly, I just stepped into anything that needed to be done. Eventually the office manager left, so it was just me and the two partners in the office.

I kept moving up. First, I was the project coordinator dealing with clients as we moved through all the creative stages of designing and building their custom homes — the house design, then interior design. As the company grew, I was promoted to the role of Vice President of Sales and Marketing, and I had people working under me.

A punch in the gut.

I worked there for about five years. I remember at one point, one of the partners said,

Who knew what Colette was really capable of when we hired her? Who knew she could do all the things she’s done for this company?

Honestly, I was a little offended. I thought:

Well, I always knew I could do it.

It made me wonder what they’d thought of me. Certainly they weren’t seeing me as I saw myself.

Though I’d been there from the beginning and helped grow the business, as time went on, I started to see some troubling signs that I wanted to ignore. The first sign was when they decided to hire a guy as Vice President of Operations who had previously run his own construction company.

One of the partners checked in to make sure I was okay with them hiring him.

Yeah, why wouldn’t I be?

Well, he’s going to be your boss.

That news was like a punch in the gut.

I’d been with them from the beginning and had done whatever needed to be done. I’d made order out of the chaos by developing processes and procedures that the business needed, and I was the day-to-day contact with our clients. I’d even met and recommended a consultant to help them figure out how to scale the company, and this was how they were going to thank me?

Me and a bunch of men.

I wasn’t happy reporting to the new Vice President of Operations, but I thought I’d keep an open mind and see how it went. I thought maybe I’d learn something from the new guy, but that wasn’t to be. That hire started a period of company expansion.

As the owners pursued their vision, they hired all men, except for the female receptionist, and brought all the new hires on at either my level or higher. I later found out that a man who was hired much later at my same level was making $24,000 more than me. I found it hard not to see this as a case of gender discrimination.

A pattern started to emerge. The partners stated that they wanted my role to be narrower and more well-defined, but even guys in the field were coming to me for direction because I knew what was going on. A few years after the company’s founding, one of the partners left the business.

During that critical transition, I worked seven days a week for eight weeks to make sure all our projects moved ahead according to plan. If I didn’t provide direction, mistakes would be made, and I’d end up having to fix them.

The company’s revenue quadrupled in the time I was there. I don’t think about my gender — I am just a person who is focused on doing whatever needs to be done.

Though I played a pivotal role in the firm’s success, and though I didn’t want to acknowledge bias against me, it became shockingly clear that I wasn’t being fairly compensated based on my contributions to the firm, and I was ready to move on.

The next chapter: television and girl power.

I’ve watched a lot of those home shows on the HGTV and DIY networks. At the time I was looking for new opportunities, I was introduced to a female homebuilder who had gotten a TV show on the DIY network.

She offered me a job as the production coordinator serving as the liaison between the construction crews at the beach and the TV producers in New York, so it was goodbye old boys’ club and hello girl power.

[Related: Here's Why Burning Out At Work Can Actually Be The Best Thing For Your Career]

This is an excerpt from Terry McDougall's book, Winning the Game of Work (New Degree Press), now available in paperback and e-book on Amazon at https://www.tinyurl.com/gameofworkbook. Get the book to read many other career stories, as well as actionable career advice on how to maximize the sweet spot between career success and personal happiness.

Terry B. McDougall a coach, author, speaker and entrepreneur who helps overachieving corporate professionals become happier and more effective at work. She provides talent optimization consulting to organizations that want to ensure that their business strategies directly lead to the fulfillment of their business objectives. For more info go to: www.terrybmcdougall.com Terry is the author of “Winning the Game of Work: Career Happiness and Success on Your Own Terms” released by New Degree Press in... Continue Reading

Meet experts like Terry to talk about how to use these ideas in your career:
I'm Ready to Meet the Community