The Power of Empowerment 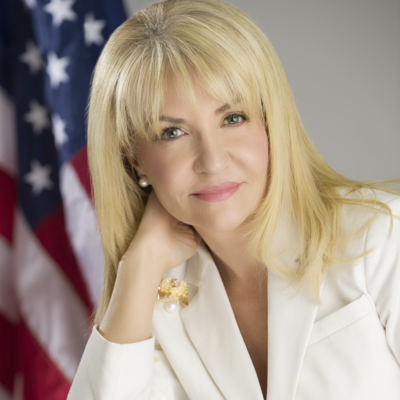 You were put on this earth to achieve your greatest self, to live out your purpose, and to do it courageously. -Steve Maraboli

Women in the workforce encounter societal, political, and business structural barriers preventing upward mobility, therein limiting their economic opportunity. These gender-based barriers imposed in a male-dominated industry have made it difficult for women such as myself to grow and learn from other women.

An environment of competition, versus one of collaboration, has discouraged me and provided roadblocks to achieving my goals. By overcoming challenges and fighting for what I believe in, I am very honored to have the trust and respect of younger women who I find in situations similar to what I have experienced.

Identifying my lessons learned and allowing others to learn from my past mistakes should be part of the learning process. It would truly be a failure if I did not try to make the environment a better place for women of the future.

In order to empower the younger generations, we, ourselves, must be willing to give them space to embrace their power and responsibilities. Investing in younger generations is key to the advancement of women and embracing a diverse workforce. One way to invest is through providing mentorship.

I have spent the last twenty years mentoring and coaching men and women as an executive leadership coach. My enthusiasm in helping individuals become a stronger person than they were yesterday comes from the transformation of myself fostered by my mentors.

LinkedIn recently conducted a study on “Women and Mentoring” and found that 82% (from nearly 1,000 women) of professional women stated that having a mentor is important. Learning from my own experiences, I am now able to build people into stronger leaders and advocates for their passion, redefining the purpose of employment.

Mentoring has been one of the most rewarding and fruitful aspects of my work. I have seen insecure nineteen-year-olds blossom into high-level executives, learning how to take control of their own lives through fostering autonomous decision-making strategies.

The key is transferring knowledge to young professionals who can become future leaders by confronting their fears and being their support net that will allow them to take a leap of faith. Not only does mentorship and coaching help individuals get where they want to go, but it also teaches them how to become mentors to others in the future. The power of mentorship is lasting and influential; we must give others the opportunities that we may have been deprived of in order to effectively influence future generations.

I am honored to have mentored three women who are all now confident experts in their respective fields. Even now in 2020, I still keep in contact with them and am always helping as they transition between positions and career paths.

Claire is one of these women. I met Claire decades ago through her mother. She began volunteering at my non-profit Second Chance Employment Services and shadowed me to learn more. She eventually became my intern, and I showed her the ropes of Capitol Hill and Washington, DC.

She spent some time working at an intelligence agency, but I found over time that she had a more business-focused perspective. In 2007, I assisted her in strategies of salary negotiation as she was entering a consulting firm, developing her communication skills, and introducing her to people along the way. Part of mentorship and coaching is teaching people how to sell themselves and working one-on-one on how to view success.

Throughout this time, we worked together on building her resume to accurately reflect her potential to future employers. After years working at the intelligence agency, Claire and I went back and reflected on what she had learned and accomplished, further updating her resume.

After a decade of success as a consultant and manager for various companies, I introduced her to executives at a major cosmetic firm. I am proud to say that she is now a Senior Executive at the firm based in Los Angeles. Claire has also just recently earned her Brain-Based Coaching Certificate and is accredited by the International Coaching Federation.

To this day, I am still her mentor and am helping her identify her professional strengths. As with all my mentees, I hope that she uses her power as a woman leader to empower young professionals and her peers to push for the advancement of women; that is the purpose of mentoring.

Then there’s Maura. I met Maura when she was nineteen years old, when she was a student at the University of Michigan. From Michigan, she interned virtually for me, writing and assisting with administrative work. However, she wanted to work on Capitol Hill.

With that in mind, I helped her move to Washington, DC and find work on Capitol Hill. I coached her on how to find a position and make hard transitions. Her goal was to become a speech writer, so that’s what we set out to do.

Within a few weeks, she began interning with Congresswoman Illeana Ros-Lehtinen. After learning how to network on The Hill, she was offered a full-time job with her home state Senator. Very quickly, she proved herself an amazing writer, and she landed a position in an environment-based Committee where she acted as a liaison between the public and her colleagues as a media relations expert.

By the time she turned 25, she became a Press Secretary for one of the most important sectors in the United States. Now at age 27, Maura is aiding in the handling of media during the coronavirus pandemic.

As an important member of the government, she still finds that connections are key in becoming successful. Though she is often the only woman in a room full of men, she earned her place and finds comfort in that. I certainly can empathize, having been in her place years ago.

[Related: How to Find a Corporate Mentor]

Finally, I would like to introduce you to Jenna. I met Jenna in 2016 when she was a graduate student in Washington, DC. Feeling lost and unsure how to turn her passion of helping women in violent situations into a career, we bonded over my book and finding paths of hope in difficult times.

She began volunteering with me at my non-profit, where she eventually saw clients one-on-one. Over a couple years, we worked on sharpening her skills, pushing her boundaries, and overcoming her fears of not being enough.

Time went on, and I saw her self-esteem develop day-by-day. By developing her own skills, I knew that she would be better equipped to help others. From there, I connected her to organizations and people in the international field of gender-based violence, and after only a year of mentoring, she found a position at a well-known institute focused on building community partnerships and economic development.

One year later, in 2018, she had not only found economic independence and power within herself, but she also landed a position at one of the largest intergovernmental alliances in the world. At only 30 years old, Jenna is more resilient than ever in trying to fulfill her purpose in life.

There is power in helping others; as leaders, we must find a balance between holding power and becoming a part of the support system for new leaders. The transition of power and transfer of institutional knowledge is the responsibility of leadership. The passage of time makes way for change and the hope of a better tomorrow.

The United States is the land of opportunity and our goal in narrowing the power distance has to be from the actions of current leaders. This is true in the world as a whole, as well. Our generation must acknowledge this and begin passing on power and space to our younger counterparts. They are the future.

[Related: Navigating Mentorship in an Era of #MeToo]

Dr. Ludy Green is an expert on U.S. domestic violence and human trafficking issues, as well as an internationally acclaimed speaker. She speaks regularly in national and international venues on the importance of financial autonomy in breaking the abusive patterns that hold captive victims of violence and human trafficking, and she is a contributing writer on women’s issues for the Huffington Post and Thrive Global, as well as the author of Ending Domestic Violence Captivity: A Guide to Economic Freedom.

Meet experts like Lourdes to talk about how to use these ideas in your career:
I'm Ready to Meet the Community