For Allies: How to Build Emotional Resilience for Challenging Conversations About Race 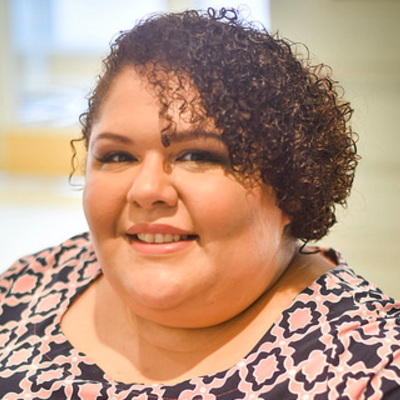 In the wake of George Floyd's murder, the public outcry for justice, and the growing groundswell of support for facing and addressing racism, I've seen a lot of organizational leaders (and especially White leaders) fumble the ball when it comes to holding space for sustained and challenging conversations about race and inequity in their organizations – especially when they’ve caused harm.

If this is an area you’re looking to grow, here are some concrete ways forward.

[Related: Lead Back to Center Through D&I]

Kendi, DiAngelo, Fleming, and others have wisely shown that there's a fallacy in our thinking as leaders - that either you're perpetually "woke" or a racist, with no in-between. Rather, you can be both.

By suspending the expectation of perfection, you make space for the real - and allow yourself to hear criticism of your actions and act without it destroying your confidence as a leader.

Find a person/community to process with (outside of your direct reports).

While your direct reports want you to be human and real in conversations about race, gender, and equity, there's a thin line between engaging authentically and asking your direct reports (especially BIPOC staff) to help you navigate the hurt, shame, or other negative emotions you feel about the mistakes the organization has made.

As a human, you need a place to have those supportive and affirming conversations, and to reflect and learn from others equally committed to this work. Actively build those places of support, but make sure almost all of that support is coming without the power dynamic that exists when your consoler works for you.

Practice sitting in the hot seat.

If you find that you freeze up or have other unproductive behaviors when being confronted with critical feedback about your impact as a leader or how your organization has caused harm to BIPOC staff, practice can make a huge difference.

The purpose of this practice isn't PR - to script how you'll respond, how you'll fix your face, or "do it perfectly" - that's being an actor, not an ally. Instead, what we're going for is becoming more aware of how your fear or defensiveness response shows up, and building muscles to deescalate yourself so that you can be in an open, collaborative, and listening space when hearing this sort of feedback.

Avoid nit-picking the how of the feedback.

Oftentimes, conversations about racial injustice, inequity, or other deeply personal issues are fraught with imperfect language, impassioned delivery, and little prep time. If your team members have been sitting on the feedback, or if they've tried to give it before, it may come out uncharacteristically charged or in a way that offends you.

As leaders, many of us aren't used to our staff "disrespecting" us - or being unbothered about making us uncomfortable. As a result, when the feedback comes to us in a way that feels wrong, it's easy to want to address the slight first, then plan to address the heart of the criticism later.

Across lines of racial difference, this is a trust and credibility killer. Instead, deescalate yourself, deeply listen, and don’t defend. Practice this, if you need to.

Create structures to elicit upward feedback (that are real-time, not just twice a year).

When managing staff members across lines of race, gender, and other forms of identity difference, be proactive about hearing critical feedback, building regular opportunities to elicit that feedback, and developing a cadence of accountability to your team about how you close the loop when feedback has been given.

In the absence of these structures to mitigate power and create upward feedback opportunities, staff members are often unable to voice feedback until it's become a major issue for them or has caused serious harm. As a leader, it's your job to ensure feedback can be voiced along the way, so smaller gaps in your management and race/equity lens can be addressed and tweaked before they have major impact.

Know that hearing more critical feedback is important to leading equitably and well.

A lot of the leaders I coach (and especially White leaders) attribute critical feedback about how they're showing up on issues of race as a sign of failure. While it is a course-correction, this feedback is also often a sign of a seedling of trust: Your team is expressing a frustrated expectation or hope they have for your organization or your leadership. They're not leaving, they're fighting to stay.

If you're choosing to lead at this moment in history, and if you value being antiracist and an ally to BIPOC staff in your organization, be ready for critical feedback when you misstep or your organization doesn't do enough to live these values. This isn’t a sign of failure, it’s a prerequisite of success. In these instances, rather than letting this information send you down a shame-spiral, a more powerful choice is to rise to the occasion.

Don’t believe the hype: Equity-capable leaders aren’t those who never make race, equity, or inclusion mistakes. They’re leaders that demonstrate the courage to receive feedback when they cause harm and make things right when they can, the humility to use the feedback to get better, the transparency to be accountable for their progress, and the maturity to create the conditions to get even more feedback in the future. The standard here isn’t perfection, but a commitment to real growth and change – and a willingness to be called to account when we fail at living our values in these areas.

[Related: Eight Ways You Can Support Racially Diverse Colleagues at Your Workplace]

Melanie Rivera is a People Operations executive and management trainer and coach, who has helped dozens of leaders and their teams to maximize their effectiveness, call each other in to higher standards of around race and equity (without feeding a toxic "call-out culture"), and rethink people policies and practices that pushed great employees out or contributed to an unhealthy culture. Find more of her writing at Breaker28.com or ImaBreaker.com.

As a People Operations executive and management trainer and coach, I have helped leaders up and down the East Coast maximize their effectiveness, call their teams and leaders to higher standards of around race and equity (without feeding a toxic "call-out culture") and rethink people policies and practices that pushed great employees out or contributed to an unhealthy culture. I founded Breaker28 in 2016 to help nonprofits and businesses create dynamic, inclusive, and high-performing organizations... Continue Reading

Meet experts like Melanie to talk about how to use these ideas in your career:
I'm Ready to Meet the Community