Ladies, Taking Control of Your Life Means Taking Ownership of Your Finances Too 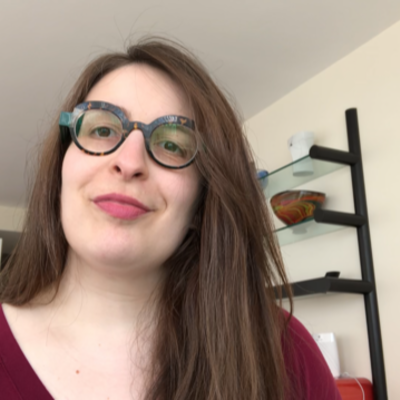 I’ve written about how some women (usually moms) who put their careers on the back-burners to support their husbands in theirs, and then wound up divorced, were left with “not a pot to p*ss in. There are many elements to this.

One is simple: Often, neither they nor their ex-spouses recognized the value these women brought to their marriages — their innate value as people and partners, and their contributions to the family.

Obviously, this needs to change. One way to move the ball forward is to provide additional support for women who want to prioritize child-rearing but also want to work, even if only part-time. The point is that the work-life balance people often speak of shouldn’t be mythical or elusive — like unicorns — such that competently meeting the needs of one’s family inherently means shirking one’s work responsibilities, or vice versa.

And while COVID-19 has certainly exacerbated the difficult juggling act that parents (especially moms) do, we need to recognize that many of us were called upon to be master jugglers before the pandemic began. We need to find ways to help women succeed, whether they work as employees (in an office or remotely), run their own companies, or freelance.

For now, I’ll just note that men often stand on one another’s shoulders. That is, they readily help each other get ahead, be it as part of an unofficial boys’ club (yes, they still exist), on the golf course, or at a bar or nightclub. As far as I can tell, we women don’t have similarly robust systems or unofficial mechanisms to help one another.

A rare example I’m aware of would be Poker Divas (which isn’t exclusively for women, but does have women’s initiative programs). But there is only one Poker Divas, while there are many golf courses.

[Related: How Women Can Create Networks for Success]

There is, however, a second element that leaves many women in what I’ll term a beggar-not-chooser position, and this isn’t about being a housewife or becoming a divorcee. Put simply, many women give their partners the power of the purse. That is, they leave all things financial — from day-to-day finances to long-term financial planning — to their spouses. This is not so different from getting behind the wheel of a car while blindfolded.

Why is this a problem? Well, let’s say you’re not financially savvy and your spouse is, so you think it just makes sense to cede control over finances. Now let’s imagine that you got married too quickly or weren’t the best judge of character, so when the newlywed excitement wears off, your spouse loses interest and stops caring about you as a human being.

If you share bank accounts, either one of you can withdraw some or all of the money in the bank account at any time because all of it belonged fully to each of you. So that $20,000 that was in your joint account could soon be withdrawn and deposited into a new account in his (or her) name only.

Besides this, though, is the reality that women often outlive men; thus a woman who marries a man about her age is likely to outlive him by at least a few years. If he’s the sole financial planner and forgets to build in for the likelihood that she’ll outlive him, what will happen to her after he dies? And now let’s imagine that either she’s significantly younger than him or that she lives even longer than expected. Perhaps concrete examples can best illustrate the danger...

First, let’s take the case of one of my nearest and dearest. Now in her late 80s, this close relative worked for her eventual husband for two years before they started dating. She continued working in his solo medical practice throughout much of their marriage, including after they had children.

At one point, her husband mentioned his accountant’s suggestion that they could save money if she became unpaid. (This would have saved both the employer-side and employee-side tax withholdings.) She promptly responded, "Thanks, but no thanks." Besides earning her own money at the time, she had the security of knowing she’d be entitled to social security no matter what — that is, even if her marriage didn’t last.

Of course, divorce was a rarity back then, and happily that marriage did go the distance (over 60 years). But it’s worth noting that, as a threshold matter, a woman won’t be entitled to any of her ex-husband’s social security benefits (either during his lifetime or after he passes) if they were married for less than ten years. Since the average American marriage ending in divorce (as opposed to death) now only lasts about eight years, and given the increased marital strife many are experiencing from COVID-19-related pressures and stressors, this is significant.

[Related: Sometimes the Best Option is One You Didn't Plan For]

Second is the case of my friend’s parents. Her mother focused on the kids while her father focused on his career, ultimately establishing himself as a loyal, decades-long employee at one place. When it came time for him to choose how his pension would be paid out, there were two possibilities.

The first option was a higher monthly payout that would last as long as he lived; the second was a lower monthly payout that would run as long as he or his wife were alive. Since my friend’s mom came from a family where people were often in poor health and died young, she assumed her husband would outlive her and advised him to choose option one. Her husband, however, was unwilling to bet against his wife having a long life ahead of her and run the risk of leaving her destitute after his death, so he chose the second option.

It’s a good thing my friend’s father ignored his wife’s advice, because she’s already outlived him by a number of years and, thankfully, remains in good health. But what if the scenario had been slightly different?

Let’s imagine that, based on the average male/female life expectancy, both of my friend’s parents had assumed her mother would outlive her father — but not by so much that it would make sense to forego the bigger monthly payouts that would be pegged to his life only. (They could take the extra money from the bigger monthly payments and invest it or earn interest from it over her father’s lifetime.)

Well, my friend’s father passed away well before age 79, which is now the expected lifespan for American men. Had he chosen option one, his widow might now find herself short on income and/or savings. Perhaps she’d now be on the verge of losing her home. Or maybe the cancer treatment that restored her to good health would have been prohibitively expensive.

There’s truth to the saying that life is full of ups and downs. Some of these may include sudden job loss, with or without a recession, and separation or divorce. It could include (for you and/or a loved one) unusually long life, early death, serious illness, and/or disability. You need to be prepared for all of these possibilities, especially now thanks to COVID-19.

And because there’s also truth to the saying that you are your own best advocate, you shouldn’t outsource control of your financial destiny to someone else. Someone else can take the lead (e.g., a more knowledgeable spouse or professional money manager), but you have to be involved, too.

If you’re not financially savvy, get educated. My second guest on season two of Doomsday Happy Hour, Rahkim Sabree, can help. Check out my YouTube channel and subscribe to the show to see his interview when it airs later this month.

This article was previously published on Medium.