Eight Reasons it's Looking Good for Women on Boards 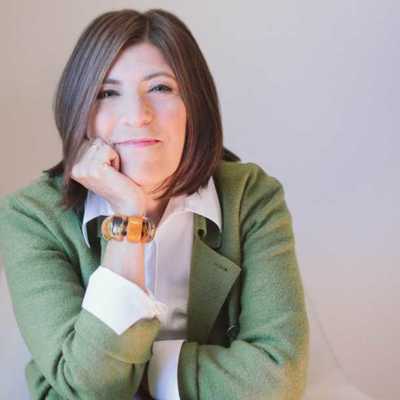 People’s minds are changing. There is a lot of positivity, and optimism is building. I hear it from women seeking to join a board, who are ready to benefit from change.

We all know about the low numbers of women on boards, and it is, in a word, terrible. In Canada, only 17% of all board seats of TSX-listed companies are held by women. In the US, it’s 23%. Numbers for women of color remain even lower.

Yet, there are reasons to be hopeful about the future. Here are eight of them.

Executives have traditionally been the pipeline for boards, and the underrepresentation of women in CEO roles and in corporate finance has carried over to the gender imbalance in the boardroom.

Although the emphasis on boards has been on the financial side, more boards have become open to bringing in Chiefs of Marketing, Legal, Strategy, or Technology who may not yet have board experience. That’s good for women.

It used to be that women waited until much later in their careers to pursue board roles. They weren’t ready to take on board responsibilities until later in their life, when they had more personal time and more life and work experiences to add value. Many women are more confident than before that they have what it takes at a younger age.

[Related: The #1 Reason You May Have Lost Confidence]

Transparency is becoming an imperative.

California requires public companies based in the state to have female directors and has exceeded the rest of the country in numbers since, despite the fact that the statute is facing constitutional challenges.

In Canada, Ontario’s Security Commission has spent five years disclosing the number of women on boards in a comply-or-explain policy, although strengthening the rules has been stymied by politics. States and provincial regulators have increased the visibility of the problem and raised expectations and hopes. That’s a good thing.

The current environment of economic and social change has prompted companies, investors, and consumers who are in pain to ask questions of the people at the top. They’re demanding to know who the board members are and whether the board is diverse and inclusive enough to leverage new ways of thinking in this climate.

Pension funds and investment banks, for example, are being asked to explain why they don’t have a woman on their board. Aren’t there women executives in the industry qualified to serve on a board? Not even in parallel industries? Are there no women who have board experience? Displeased with the answers, they’re demanding change.

Women are better at getting heard.

Is there anyone reading this with an active interest in having more women on boards who has not heard stories of dysfunctional dynamics where there is only one woman director on an otherwise all-male board? Women are used to being interrupted, talked over, and having others claim their ideas. A single woman on a board hasn’t necessarily resulted in her voice being heard. It can take several women for diversity dividends to be appreciated.

Now things are changing. Women are aware that they are judged differently when they stand up for themselves and have learned the lessons of how to be heard while winning respect and admiration.

Kamala Harris provided a master class in the 2020 vice presidential debate on how, when interrupted, to stand your ground. Women know what to do when it happens. And men are becoming more skilled at being good allies, too.

More women are starting businesses and are seeking out other women for their boards, because the consumer of their service or product is female, their venture is cause-based and of interest mostly to women, or they are motivated to do what they can to weave diversity, equity, and inclusion into the fabric of the company, including gender equity. Women helping other women thrive in business is an uplifting narrative and is becoming more common.

When getting ready to fill an open seat, boards prepare matrices of what they are looking for. Yet when you look closely, the traditional selection process has designed out most women.

Proposing specifics that are impossible to meet disadvantages outsiders. Searching for a unicorn means that the candidate pool is very small, with the usual suspects filling the spots. The argument is that women don’t have a pipeline problem; it’s unrealistic expectations that are at fault.

Boards that have traditionally taken a bet on those they know well and trust are now being encouraged to open up opportunities to diverse candidates.

The Fourth Floor is an organization that brings female founders together with those seeking to serve on a board. Many board roles are filled that way. They also make it far easier to find a woman director keen to mentor others who are new to board work. And there are more databases created that are searchable in partnership with The Boardlist.

Everyone who is a board director was once one for the first time. Boards would be well served if they asked who they believe in enough to champion others with qualifying skills and experience.

Revising the selection process will give many more women an opportunity, and in turn, correct the lopsided imbalances that can diversify corporate leadership. There’s a lot of optimism right now. Let’s see where this goes. I’m cheering it on.

[Related: A Decade of Gender Equity in Ten Trends]

Sheila Goldgrab is a seasoned award-winning executive coach and owner of Goldgrab Leadership, a boutique leadership development firm with signature services. She runs Habit Labs for companies to advance women leaders in the pipeline, and Give & Get to diversify networks.

Sheila Goldgrab is a seasoned award-winning executive coach and owner of Goldgrab Leadership, a boutique leadership development firm with signature services. Sheila runs Habit Labs for companies to advance women leaders n the pipeline, and 'Give & Get' to diversify networks. She is a member of Forbes Coaches Council, and her thought leadership appears on Forbes.com and Ellevate. Continue Reading

Meet experts like Sheila to talk about how to use these ideas in your career:
I'm Ready to Meet the Community