Women Founders and Funders are Outperforming, So Why is Gender Inequality Growing, and What Do We Do About It? 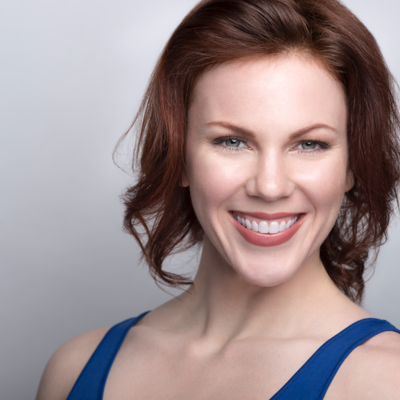 Women founders are outperforming their male counterparts. Yet, not a week goes by without another headline about the growing gender gap for both founders and funders. Quarterly venture funding for female founders dropped to a three-year low with women getting only 2.7% of the VC dollars despite the average annual revenue from women-led businesses increasing by 68%.

Shockingly, only 5.6% of US-based VC firms are women-led, and only 2.4% of all VC partners are women. There is strong evidence that proves female-managed US funds outperform all-male rivals, even when accounting for risk and COVID-related market swings. Of all US VC firms that ranked in the top quartile between 2009 and 2018, 69.2% of them had women in decision-making roles.

In spite of this compelling data, it will take two and a half centuries for female fund managers to achieve equal status to their male counterparts at our current rate of progress.

In order to consciously direct more angel and institutional capital to women-led funds, we need to understand the root of the problems and commit to solve them. The problem is broad - women are not yet fully integrated into the venture capital ecosystem. The reality is that most startups and funds lack diversity, particularly in leadership roles, so there’s a tangible need for standards and better tracking to measure success and accountability.

Cooley GO’s term sheets now include the option for a diversity rider, which is a great example.

[Related: Antiracism and the Future of Diversity Programs]

Access to funding remains the hardest challenge that both women founders and investors are facing. According to Odile Roujol, Founding Partner of Fab Co-Creation Studio Ventures, a $10m fund to invest in diverse founders:

Most LPs [limited partners] love to have profiles of GPs [general partners] who are already investors, and with a financial background. Most emerging funds, funded by female operators, or serial business angels struggle in their first fund. Maybe it's time to think differently.

The biggest hurdle women face in raising money is that people won’t take the leap of faith and fund female managers. We know diversity drives returns, but often women aren’t given the chance to prove it.

Out of necessity, some platforms already focus on providing women founders and investors resources and social capital, the most recognizable being All Raise, Women 2.0, 100 Women in Finance, Ladies International, 50 in Tech, Beyond Board, The Female Quotient, Dreamers and Doers, Fyli, Women in VC, and most recently, The Bridge.

The Bridge matches LPs to women emerging fund managers in an effort to bring equal gender opportunities to the funding space. To date, their matching program has led to 163 introductions between LPs and women GPs. The Bridge co-founder, Emna Ghariani, told us:

According to Carta in 2019, women employees own just 49 cents in equity for every dollar men own, which is astounding. It is important to take operators and turn them into investors rather than asking them for investment experience.

[Related: Guidance From Top Talent Recruiters on How to Make the Most of This Moment]

Over 98% of the county's $69 trillion managed by the US asset management industry is managed by men, and to think that inherent gender biases don't exist in capital allocation is simply naive. Women look different, sound different, and often come from very different backgrounds than the typical LP...We're finally seeing more women launching their own funds, but this is relatively new and these emerging funds tend to be smaller...Trying to attract institutional capital to these funds is an incredibly frustrating endeavor. There seems to be a lot of talk about supporting female fund managers, but far less actual change and action.

Divine Your Story, a company working to (literally) “pass women the mic,” suggests that storytelling is the key to turning “talk” into “action.” Storytelling opens the door to empathy, and empathy to conversation – the only authentic avenue for sustainable growth.

Why? Because we’re social creatures, and when we seek to connect with "strangers," stories are the most effective way to transmit information, as well as our values. This not only protects us from potential threats, but allows us to rapidly form relationships with larger networks, paving the path for large-scale cooperation.

Still, across the globe, women speakers are disproportionately hired less than men for speaking engagements in any arena, especially in the investment community. According to Bizzabo, the rate of female speakers booked for professional development declined from 33% to 32% between 2017 and 2018. Bizzabo CEO and co-founder Eran Ben-Shushan noted:

Fixing the problem requires a conscious effort on the part of conference organizers to look outside their immediate networks and to set goals, like aiming for 50-50 representation.

The bottom line is that while we’re seeing more rhetoric than ever about inclusion, we’ll fail to enact real progress without choosing to partner with platforms designed to empower women in actionable, measurable ways.

The research has been done, and the data is conclusive: Women are invaluable to every company’s success. When we have the courage to invest our money in women-led funds and amplify their voices (literally) on every corporate stage, the economy at large will benefit from women’s ideas, wisdom, and capacity for contributing to an ever-evolving and more inclusive corporate culture.

[Related: The Table in the Boardroom: Ways to Increase Diversity]

Eli Walker is the Founder/CEO/Author of Drunk Yoga® and Creator of Divine Your Story.

Sophia Platt is a Founding Partner at The Bridge.

Hi! I’m Eli—a woman with a mission to challenge social norms and empower you with tools to cultivate personal joy through interactive storytelling. Equipped with a BFA in Acting from New York University's Tisch School of the Arts and yoga-teaching experience across the globe, I have a knack for combining experiential storytelling with mindfulness techniques to inspire yogis and non-yogis alike. A few of the ways I do this are: - Happiness consulting for corporations and... Continue Reading

Meet experts like Eli to talk about how to use these ideas in your career:
I'm Ready to Meet the Community