Innovating Through Empathy to Thrive in a Divided World 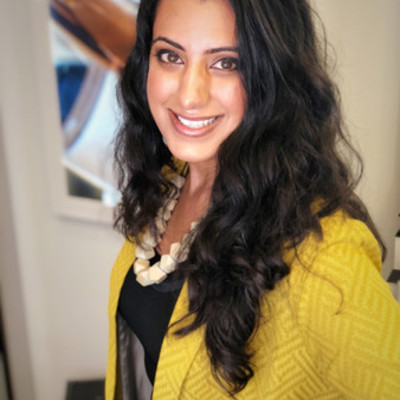 As many of the past year's events have shown us, especially the recent US election, we’re living in a deeply divided world with a major empathy deficit. As a result, we as individuals are seeking to be understood first rather than seeking to understand others. Which, it turns out, is not a habit of a highly effective person — or even a highly effective world.

The current lack of empathy makes our world a lot less tolerable, particularly during a pandemic. We have designed systems, cultures, spaces, and norms that don’t embrace empathy. And as a result, we are suffering. It makes us think of this quote by New York Times journalist Charles M. Blow:

One doesn’t have to operate with great malice to do great harm. The absence of empathy and understanding are sufficient.

Empathy’s importance is often overlooked, but here’s why it’s worth paying attention: Studies have shown that when we learn to practice empathy in a systematic way, we become much more effective at developing innovative ideas and solutions. We break the mold of tried-and-tested methodologies, find and create new connections, and experience more of those priceless “aha!” moments.

It's often debated whether empathy can be taught, but the good news is that empathy can be facilitated and learned. And, it’s also a choice we make. Empathy is essential for personal and professional growth, and is a superpower when used for good. Roger Ebert believes “that empathy is the most essential quality of civilization.”

Empathy is translated from Greek, which means “in feeling” — it’s the ability that we all innately can feel inside ourselves what others are feeling, that their pain is the same as ours. It’s a place where we’re connected. We’re feeling with someone rather than feeling for them. It requires a larger level of agency and effort — and understanding and engagement with the audiences we’re working with.

Cognitive Empathy: Taking someone else’s perspective, or “simply knowing how the other person feels and what they might be thinking.”

Emotional Empathy: Our ability to feel the feelings and emotions of another.

Compassionate Empathy: Our ability to feel each other’s feelings and act, if needed.

Many of us are too caught up in our own daily routines, values, and lives to take someone’s perspective, so we don’t have time to help one another.

“We have natural filters that block us from feeling empathy,” said Amy Saidman, the Executive Director of Story District in Washington, DC. Amy has heard thousands of stories over more than 20 years of leading the storytelling organization that tells autobiographical stories on stage, usually based on a theme.

She mentioned that we all have what she calls “the ‘isms’: racism, sexism, ageism, that are sometimes more powerful than empathy.” We naturally make assumptions of people before we even talk to them. Amy stated that “We ‘other’ everybody which gives us permission to not empathize with them because that’s the norm.”

Amy has observed thousands of mind shifts happen when someone takes the stage, speaks their truth, and changes someone’s perceptions of them. This same thing is happening on a larger level when we talk to others — that what we’ve been taught is blocking us from seeing who we all truly are, that we’re more alike than not.

[Related: Supporting Each Other From Six Feet Apart]

Empathy is the engine of innovation.

Innovation is all about taking existing problems and combining and testing them in new ways that create value. It means getting out of our comfort zones and transforming the way we perceive things — cultivating a mindset shift. The diversity of thought leads to creative, out-of-the-box thinking and unique perspectives.

What’s interesting is that innovation at its core is really positive change. To achieve that change, we must first empathize with our target audiences in a true manner — then act accordingly. This most closely resembles “compassionate empathy.”

So, it’s empathizing and acting upon what we hear. This leads us to a refined definition of empathy:

Empathy is responding to the thoughts and emotions of others with the purpose of meeting each other’s needs.

If we’re not here to meet each other’s needs, we’ll diverge further from empathy.

Empathy is the first step in both Design Thinking and Human-Centered Design — two methodologies that are steeped in a modern way of working and redesigning systems. There has been a shift in focus from the designer being the expert, to the user, or community, as the expert in their own environment.

People-focused design approaches such as Co-Design, Participatory Design, and Universal Design are increasingly being used in the social impact space, though a mindset shift is still needed among many leaders.

[Related: Is Design Thinking a Catalyst for Innovation?]

There’s an interesting paradox that lies within these methods, and it centers on empathy.

Often, when we’re designing spaces in our world, there’s usually someone — with power — designing for a group of people who have less (or no) power. Considering that the definition of empathy is to feel with someone rather than for them, there’s something deeply flawed with this method of how we envision our future.

Today, we must not just change or innovate just to innovate — we need to do it with a purpose. We thus need to move from a place of designing for someone to designing with them. This involves giving those without power agency to make the change occur.

This is the heart of not just designing with technology, but social innovation — to make the world better by the existence of our product, service, or program. Not just contributing to the ongoing focus of making more money and extracting more from people. We should not be measured by our outputs so much as the humanity we see in each other.

Dominant design, change management, leadership, and technology practices rarely bring us together and instead enforce polarized, either/or thinking. They divide us more than connect us. For real innovation to occur, we must shift toward open, participatory design that increases the dignity and humility amongst each other.

The next frontier is for us to flip over the power dynamics to give power and agency to populations. While the wheels of progress move forward, we fully believe that we’ll make it there. First, let’s start with shifting toward true empathy and designing with others. Doing so will increase compassion for you and others, set the right intention, and help us to focus on a response, not a reaction.

[Related: Diversity Without Power is Still Not Enough]

Amy J. Wilson is the Founder and CEO of Empathy for Change and the author of Empathy for Change: How to Create a More Understanding World, a guidebook to leading innovation with empathy and equity. Amy formerly served as a Presidential Innovation Fellow, an entrepreneur-in-residence for the White House, under two Administrations and pioneered a Culture of Innovation movement at management consulting firm Booz Allen Hamilton. Sign up for her free monthly newsletter and follow her on LinkedIn, Twitter, and Instagram.

Saleema Vellani is the Founder and CEO of Ripple Impact, which runs accelerator programs for entrepreneurs who are seeking to grow their platforms and businesses. She is also an Adjunct Professor at University Startups for Social Entrepreneurship and teaches Design Thinking and Entrepreneurship at Johns Hopkins University. She is the author of Innovation Starts With I, which aims to redefine innovation. Sign up for her free biweekly newsletter, Impact Insights, and follow her on LinkedIn, Twitter, and Instagram.

Saleema Vellani is the Co-Founder and COO of Innovazing, which is an education and leadership development firm that strives to help organizations cultivate more impactful leaders. Innovazing uses emotional intelligence tools and techniques, based on neuroscience, in its highly customized programs for social enterprises, nonprofits, higher education, Fortune 500 companies, and government agencies. Aside from launching 5 fast-growing ventures across 4 countries, she has also provided consulting for over 12 years to a wide spectrum... Continue Reading

Meet experts like Saleema to talk about how to use these ideas in your career:
I'm Ready to Meet the Community