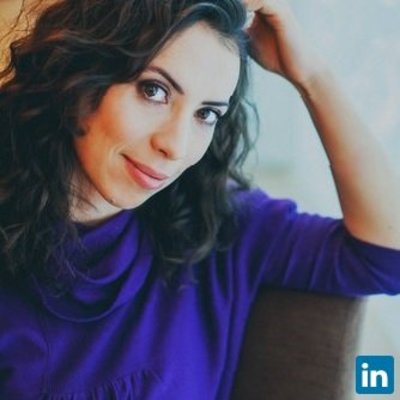 In 2020, I wrote an article about the influence of cognitive biases on content marketers' professional success. There was a paradox: While marketers knew about all the unconscious errors in mental processing and even used some to convert targets, they didn't think about how their own biases could be a disadvantage.

And then it hit me: People live with more than 200 unconscious biases. They are not about marketing, behavioral economics, and buying decisions only. Hardwired into brains, they make us think and act irrationally despite the arguments at hand.

Some of those 200+ biases harm our personal and career life right now. And while they aren't 100% avertable, we can make conscious efforts to mitigate them. So, I'm here to reveal the top five preventing us from making the right decisions.

Try to run back to the last time someone asked you to describe a person. How unbiased and fair were you? The snag is that we are less strict in criticism and requirements to people we invariably consider "attractive."

It happens because of selective perception, a bias influencing the way expectations may affect our perception. It's a tendency not to notice stimuli that contradict our prior beliefs. Otherwise, we'll feel emotional discomfort, and that's what our brain wants to avoid.

Thanks to selective perception, people pay attention only to the information that meets their expectations. We interpret it in a way that is congruent with our existing values and beliefs.

A teacher has a favorite student, therefore ignoring their poor attainment or plagiarism in writing assignments. Because of selective perception, this teacher also might not notice the academic progress of their least favorite mentee.

It affects our view of the world, relating to fears, desires, and thoughts regarding different life situations. As a result, we may have a biased interpretation of reality.

To reduce this bias, learn and practice to accept opposite viewpoints. Remind yourself there are always several ways to look at things. Grow your emotional intelligence, specifically empathy.

[Related: How to Hold a Passionate, Contrarian Viewpoint at Work – Without Losing Your Job]

Most of us heard stories about dolphins' intelligence and kindness. These cute mammals save sinking people, pushing them toward the shore. But guess what?

We'll never hear the stories of people those dolphins pushed toward the sea.

Survivorship bias is a logical error of concentrating on things (or people) that have passed through some selection process and ignoring those less visible and, therefore, seemingly unimportant.

Inspirational talks of successful people who overcame everything and won against the odds. As a rule, they don't talk about failures; those who failed won't appear on TED or magazine covers, so we'll never know how many of them there were.

Survivorship bias can lead to false conclusions and overly optimistic beliefs. We often "forget" unpleasant information or perverse outcomes, which is wrong for those struggling for happiness and success.

When you get involved in something like this, please think whether you have studied all the information inside out. Are you looking at the issue one-sided?

This bias refers to our tendency to follow or believe the views and instructions of an authority figure. Politicians, celebs, CEOs, and experts in different professions fit into this role now.

Authority bias is also known as the Dr. Fox effect, debunking a human brain's tendency to trust charismatic speakers regardless of how empty their speeches are. And though our gut tells us something is wrong, we don't question it anyway.

That's how authority bias affects us:

Isn't it authority bias that makes influencer marketing work so great? Compared to other biases, it's also easier to overcome: Think logically and question a person. Or imagine their advice or instruction came from a person of lower authority. Would you follow their lead then?

[Related: Stripping Away Bias, One Avatar at a Time]

This one refers to our mistaken belief that past events can influence future ones, though they are entirely independent. Commonly associated with gambling, the fallacy plays a crucial role in other areas of life.

Often, people can't accept that the probability of the desired outcome doesn't depend on previous random events. The gambler's fallacy can hurt inspiration and motivation to keep on working toward career dreams and plan realization. It may be a reason we give up or, vice versa, continue vain attempts when it's time to stop.

We can't 100% avert this bias, but emphasizing the independence of different events in question can weaken its impact a bit.

Why do you think horoscopes are so popular?

While we all understand they are written for the masses, we still can't help feel they're meant for us. The same goes for chiromancy, homeopathy, and various dubious branches of psychology (for example, socionics).

It's the consequences of the Barnum effect, named after famous American showman and hoaxer of the 19th century, P.T. Barnum. More officially, this cognitive bias stems from Bertram R. Forer, and it refers to an individual's belief that personality descriptions apply specifically to them.

Any factors influencing such results?

The Barnum-Forer effect makes us accept all of Spotify and Netflix suggestions as those "most relevant to me." The same goes for Facebook personality quizzes, distorting our view of ourselves.

It's time to become more skeptical about outer information and more trustful toward logic, don't you agree?

Lesley J. Vos is an independent writer and contributor to publications on marketing, career, and self-development.

A professional web writer with 5+ years of experience in data research, content creation, repurposing, and curation. In love with power words, content marketing, blogging, and the French language. Continue Reading

Meet experts like Lesley J. to talk about how to use these ideas in your career:
I'm Ready to Meet the Community