How Men Benefit from Close Relationships with Women at Work 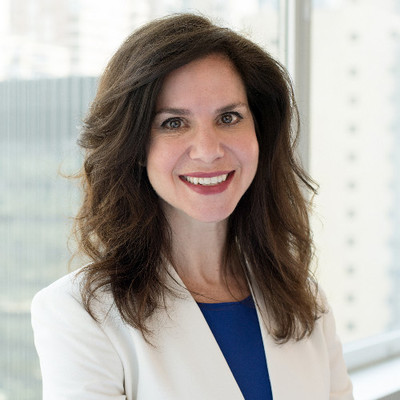 Too often, narratives about men’s engagement in gender diversity, equity, and inclusion (DEI) initiatives focus nearly exclusively on the benefits for women. For instance, efforts to compel male participation in gender DEI programs often focus on the business case (why advancing women is good for the company’s bottom line), the moral case (connecting inclusion with his sense of fairness and justice), the personal case (do it for your sister, daughter, or partner), and, of course, the well-documented benefits — professionally and personally — for the women who work with men.

Although each of these motivations to mentor, sponsor, and befriend women at work are both logical and evidence-based, together they create an erroneous impression that cross-gender collaboration at work benefits women alone.

This narrative — which paints men as entirely altruistic, selfless, even chivalrous for supporting women — is simply false. Yes, men are important to moving the needle on gender equity, but failing to capitalize on the myriad ways that men thrive in close relationships with women, especially relationships with underrepresented women, is a monumental missed opportunity in many ways.

First, compared to unmarried men, those who are married do better on nearly every measure of health and happiness. Married men are healthier overall, more optimistic and trusting, enjoy better cardiac health, less obesity, and far greater social connection. They also live longer. In fact, the research suggests that across outcome measures, marriage often is a better bargain for men than women.

Second, research by Kristina reveals that men with daughters are happier and more committed to their relationships compared to men who only have sons. Wives perceive their husbands to be better partners at home when there is a daughter present in the household. Parenting daughters also increases men’s support for gender equity and, when men with daughters lead organizations, their company’s corporate social responsibility rating is higher, particularly for diversity.

Women don’t just receive allyship, we develop loyalty and a sense of commitment.

Reflecting on her close friendship with ally and mentor George Vecchione, she observed:

Because of George’s allyship, I felt aligned with him, supporting him publicly and privately if anyone took shots at him. He had created an ally in me. I’m not sure if that value is seen by most men.

These crucial elements of emotional intelligence help men build healthy relational skills they can transport home to enhance success as partners and parents. It is important to note that men appear to reap these mentoring benefits regardless of whether they are the mentor or mentee.

For instance, reverse mentoring programs designed to advance more junior women by pairing them — as mentors — with senior men, often succeed in retaining and promoting more women partly because men find these relationships so professionally enlightening and personally meaningful.

Here are six strategies that organizations and individual leaders can deploy now to engage men in collaborative relationships with women.

Without an invitation or obvious role, women’s employee resource groups (ERGs) may not be an obvious space for men to enter on their own. Senior male leaders should welcome the opportunity to serve as an executive sponsor for these ERGs.

Form a male allies group that is closely aligned with the women’s ERG. Best practices include having men and women from the other group as co-chairs, creating joint programming that serves the needs of both groups, and developing action-oriented initiatives tied to business outcomes.

Reverse mentoring programs and peer mentoring are good strategies for enabling cross-gender mentorship. As Brad and David discovered in their research, male mentors learned as much or more as their female mentees when the relationship was based on mutuality. The evidence is also clear that men with female role models or mentors are more likely to empathize with their female colleagues.

[Related: Being and Having an Ally in the Workplace]

Contract with expert executive coaches and management consultants who are women and give men this opportunity to develop their gender intelligence and ally skillset.

Integrate accountability and motivation for managers.

It's time to flip the script on male engagement in gender equity initiatives by highlighting how such engagement benefits men. In this time when gender equity is hanging in the balance, giving men the tools they need to lead more inclusively will help men and women thrive in our organizations.

Lisa S. Kaplowitz, MBA, is a professor of Professional Practice in the Finance and Economics Department and the executive director of the Center for Women in Business at Rutgers Business School. She has 25 years of experience as an investment banker and CFO and routinely speaks on issues relating to advancing women in business.

Kristina Durante, PhD, is a professor and the Vice-Chair in the Department of Marketing and the research director for the Center for Women in Business at Rutgers Business School. She has authored several articles on the psychology of women and families. She routinely speaks on her research across the globe, including a recent TEDx talk.

W. Brad Johnson, PhD, is a professor of psychology in the Department of Leadership, Ethics, and Law at the United States Naval Academy and a faculty associate in the Graduate School at Johns Hopkins University. He is the coauthor of Athena Rising: How and Why Men Should Mentor Women, The Elements of Mentoring, and other books on mentorship. His new book, coauthored with David G. Smith, is Good Guys: How Men Can Be Better Allies for Women in the Workplace.

David G. Smith, PhD, is a professor of sociology in the College of Leadership and Ethics at the United States Naval War College. He is the coauthor of Athena Rising: How and Why Men Should Mentor Women. His new book, coauthored with W. Brad Johnson, is Good Guys: How Men Can Be Better Allies for Women in the Workplace.

Meet experts like Lisa to talk about how to use these ideas in your career:
I'm Ready to Meet the Community