Five Steps to an Organic Six-Figure Launch that You Love 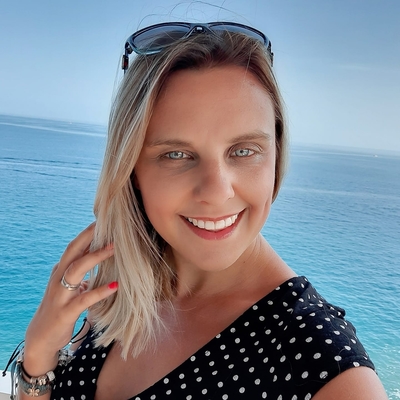 We work with online business owners, and something the majority of them have in common is that they’re put off by launches because they feel frustrated by the long to-do list. We used to feel the same; we would opt not to do group programs or anything that had an open and close feature because we felt so out of alignment with the whole idea of a launch. It felt draining before we even began.

That’s not to say we’re afraid of rolling up our sleeves and doing work, but work is still something that has to excite us. So when we decided to collaborate and launch a group program, we knew we wanted to do things differently.

We threw the doors open with everything done our way, no sales pages, no email sign ups, no 21 million different posts, and with a small group of under 100 we closed on a $150k+ launch. But the best part about it was that, for the first time, we loved the launch. We ended it feeling just as energized as we did a week before we started. Here’s how we did it.

1) We got clear on what we liked and what we didn’t.

Doing something just because you feel you have to isn't the answer; when you take action and implement the activities that are in alignment for you, it’s like a superpower unique to you that enables you to reach your goals and sales with ease.

We didn’t like webinars, but didn’t mind more of a workshop style. We ended up creating a simple three-day live experience. What are your superpower activities? The ones you absolutely love doing?

2) We knew who we were selling to.

Not everyone buys in the same way, and the same goes for a launch. Knowing who you’re selling to is key when it comes to launching your way and seeing the results you want from it.

We knew the people we were selling to were already exhausted with information collecting. They felt burnt out and overwhelmed. They’d seen the same thing over and over, so for us it was about creating a space that was the opposite of that. We didn’t use sign-up pages and instead gave access direct into a pop-up Facebook group.

We knew that the sign-up would act as a barrier for the people we were selling to, not because they weren’t committed, but because they’d feel it was going to be the same experience they’d had ten times already. Our buyers wanted different, they wanted to experience, and they wanted space, so that’s what we provided them.

Just like knowing how they wanted to buy, we also knew what they were looking for. We knew the words they used and the results they were ultimately looking to achieve. Instead of trying to position and sell our offer from what we thought people needed, we sold it to them in a way we knew they wanted.

[Related: Identify Your Values For More Harmony and Joy]

4) A sales experience that made them human.

We didn’t use a sales page, we didn’t even bombard them with posts every day reminding them to sign up. In fact, it wasn’t until we’d made our sixth sale that we realized we hadn’t even put a post in the group announcing the doors were open.

Instead of just talking and selling at people, we created an experience which made them feel heard and seen. An experience which allowed them to feel into what they wanted, feel into the excitement of what would be possible for them, and most importantly feel empowered. Their selling experience was led by themselves. Some people asked to speak with us, some people bought from a simple message on Facebook.

But every one of them was given the space to make an empowered decision for themselves, so when they said yes it was the most exciting decision they'd made for themselves in a long time. This created a great buzz energy, which meant even more people wanted to get in.

5) Activating us and our environment.

We gave insights into harnessing energy within you and around you to consciously create a supportive, empowering space and invite more prosperity, productivity, and a new positive flow of energy.

We introduced them to the power Creative Feng Shui and the importance of having intentional vision. We offered simple, yet actionable, steps which could be implemented immediately to help cultivate a fresh perspective on setting up their environment and positioning themselves for success, wealth, health, and happiness.

Those who joined us were captivated by the amount of value and real-life knowledge we shared. Our own energy, passion, and enthusiasm was living proof that we were walking the walk and not just talking the talk. We can honestly say it was the easiest launch we’d ever done, and despite not doing 90% of what the online world tells you, we still celebrated a successful six-figure launch.

You can do it your way, and your way is always the best way. When you leverage the most powerful tools available to you - your own inner superpower and the power of knowing who you’re selling to - you can launch, sell, and scale in a flow state and celebrate the sales you desire easier than you’ve ever imagined possible.

[Related: Embrace the Art of Self-Care for Increased Self-Regulation and Resilience]

With over a decade of experience, Jane Baker specializes in helping individual business owners, experts, and coaches leverage high-ticket selling (selling five-, six-, and seven-figure offers) with ease so they can supercharge their sales while also unlocking the time freedom they desire.

From high school dropout to multiple #1 best selling author, high ticket sales expert & strategist, CEO of an international group of companies and listed as a top 100 UK female entrepreneur. With over a decade of experience, Jane specialises in helping individual business owners, experts, coaches leverage high ticket selling (selling 5, 6 and 7 figure offers) with ease so that they can supercharge their sales whilst also unlocking the time freedom they desire.... Continue Reading

Meet experts like Jane to talk about how to use these ideas in your career:
I'm Ready to Meet the Community