Giving My First TEDx Transformed Me 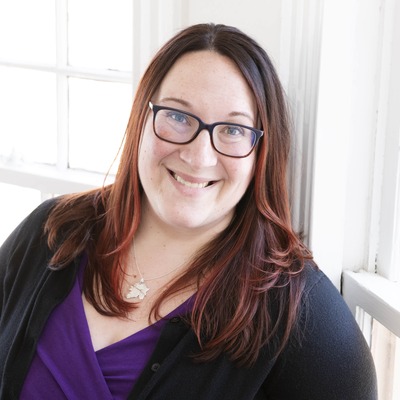 Across the top of my script, in blue-inked capital letters, read the words:

You deserve to be here.

My friend Jen, who had opened her home for me to do an in-person rehearsal, grabbed my shoulders.

You do, you know.

Kinda hoping she dropped it, I said:

Those were not words I believed yet, just words I knew I should believe.

She shook her head firmly.

You deserve to be on that stage because you have a message we all need to hear, and you are the person to share it. You don’t know it yet, I can tell. But you will.

I’d never thought of her as prophetic, but she turned out to be.

[Related: The Power of Empowerment]

On Saturday, May 15th, 2021, I gave my first TEDx talk. It was in South Lake Tahoe, California on the grounds of Lake Tahoe Community College. I took the stage with eight exceptional humans who had ideas worth spreading, and was supported by a team of organizers who should write a handbook on how to host a TEDx event. Top to bottom, an excellent experience.

And if it had stopped there - if it had just been a great first experience - it would have been a moment for my personal history book. However, something magical happened on that red circular carpet: I believed my script.

You see, I’ve always wanted to be a speaker. I’ve called it a lot of other things throughout my life; pastor and professor are two examples, but speaking is what I always wanted to do. I knew I had a unique way of looking at the world, and a gift for explaining complicated concepts in simple-to-grasp ways.

I could see myself on large stages, teaching and serving audiences around the world, but I was always told that saying that kind of thing out loud was egotistical, or would make me too full of myself. So I did everything I could to minimize my presence in the world, but it always felt itchy.

It always felt a little wrong, a little off, and when I would occasionally step into that purpose, I’d feel aligned and whole and happy. People would tell me that I glowed, or that I had a gift, but then I’d listen to those other voices, and I’d go back to making myself small.

Much like many of us, 2020 kicked me in my soul. I knew the way I had been living wasn’t going to cut it any longer, and so I took a few concrete steps to discover a new way to be human. One of which was signing up for Tricia Brouk’s 2-Day The Art of The Big Talk Masterclass.

That led to a speaker certification program, The Big Talk Academy, which led to working with Tricia one-on-one, which led to landing the first TEDx I applied to. Along the way, I kept slamming up against limiting beliefs, which wise women would calmly inform me was a lie, and I’d kinda deal with it, and then slam into it again.

Until I took that stage.

[Related: Five Tips for Giving a Powerful Speech Despite Your Fears]

I still struggle to articulate exactly what happened in the eighteen minutes I spoke that day. All I know is that I now know in my bones that I deserved to be there. I did not have to earn the audience, they trusted me through their trust in the organizers. I did not have to hide behind jokes, they weren’t there for a self-deprecating comedy routine. I didn’t even have to worry about what they would think about how I looked, because I had prepared ahead of time to look impeccable. There was nothing on that stage between me and the audience, unless I brought it there with me.

The emcee said my name and the absolutely most incredible sense of purpose and power settled in my bones: I had eighteen minutes to change the world, and I'd better do it.

I walked off that stage knowing in the core of my being what my calling was on this planet - to help people understand deeper ways to be human. Everything I have done since that moment, from Clubhouse rooms to conversations while I’m getting my nails done, has been grounded in that.

I’m not afraid of my words or my voice anymore, because I can’t be too full of myself if I’m living my calling. My deepest passion has met one of the world’s deepest needs, in the words of Parker Palmer, and now I just have a responsibility to be prepared to serve whoever the universe brings my way.

I walked onto that dot as someone who kinda knew what she was here for, but was still waiting to be told she was wrong. Surely they’d made a mistake in asking me there, right? The proverbial hook was on its way, or the audience would boo, or something else equally strong to tell me that I wasn’t welcome.

None of that happened; instead, I walked off it knowing that I’m not wrong, and to behave as such was a crime against my calling. The world has to change, and I have to do what I can to help it along.

It’s that simple, truly. It’s difficult, and frequently feels nearly impossible, but it’s simple: I just have to believe I deserve to be there.

And so do you.

[Related: Nine Questions to Decide When to Practice Speaking Up]

Kristen Donnelly (MSW, M.Div, PhD) is an empathy educator, speaker, and researcher with two decades of experience in helping people understand the beauty in difference, and the power in inclusivity. She is one of The Good Doctors of Abbey Research, COO of their parent company, and an unapologetic nerd for stories of change.

Kristen Donnelly (MSW, M.Div, PhD) is an empathy educator, speaker, and researcher with two decades of experience in helping people understand the beauty in difference, and the power in inclusivity. She is one of The Good Doctors of Abbey Research, COO of their parent company, and an unapologetic nerd for stories of change. Kristen lives outside of Philadelphia with her husband, where they are surrounded by piles of books and several video game consoles. Continue Reading

Meet experts like Kristen to talk about how to use these ideas in your career:
I'm Ready to Meet the Community