The Tortoise, the Hare, and the Spider Web: An Odd Combination 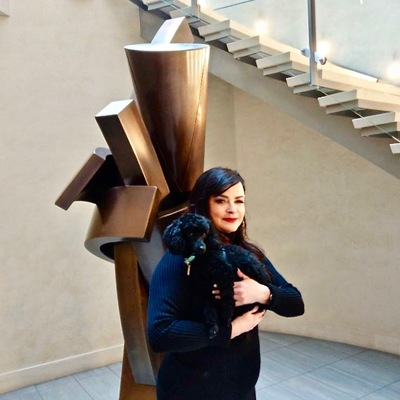 There’s a reason why they say that slow and steady wins the race.

The idea is to overcome obstacles so you can become a winner and – ultimately – a champion. You’ve probably heard of Aesop’s fable of The Tortoise and the Hare.

Of course, you could also argue that he was defeated by the tortoise’s determination. The tortoise believed in himself and knew that he could win the race if he was given an opportunity, and his determination and self-belief meant that he continued to plod along toward the finish line, even when it seemed as though he had no chance of winning.

I think that the actual truth lies somewhere in between. For the tortoise to win, he needed both his own determination and self-belief and the hare’s arrogance. The two worked together in tandem.

[Related: The Power of Teamwork]

The lessons from The Tortoise and the Hare.

In Aesop’s original writing, he presented each of his fables with an accompanying moral. In the Jefferys Taylor translation of The Tortoise and the Hare, which was presented in verse, the moral is presented as:

Aesop’s moral is as true today as it was when the fable was first written, and it can easily be applied to us humans. In particular, it can be applied to the process of learning and building new knowledge.

I like to think of acquiring knowledge as being like weaving a spider web. We craft a first strand of knowledge, followed by a second and then a third, continuing until we’ve linked them all together into a more complex web. The different individual strands of knowledge all interrelate and combine to make something greater than the sum of its parts.

Building a spider web of knowledge isn’t easy and can take a lot of patience, but that’s why we need to be like the tortoise. If we’re slow and steady, the web will build up consistently over time as we gain more and more mastery. Eventually, we’ll have built a full spider web, winning the race as the hares are still making excuses.

[Related: Three Ways to Use Philanthropy to Boost Your Career]

The spider web in the wild.

This isn’t just thought leadership without practical applications. I’ve witnessed the power of a slow and steady spider web in my own life.

When I was at school, I was held back in third grade. In sixth grade, I was declared illiterate. They told me that I read on approximately a second-grade level. It was so bad that my pediatrician thought I was “retarded” (their words, not mine) and that I should go to a special school.

Luckily for me, I didn’t. My parents kept me in a normal school and hired a tutor for me. I learned to read English using flashcards with a variation of phonemes. I took the slow and steady approach, learning to master English a little at a time, in stark contrast to my friends who were hares and academic whizzes.

The funny thing is that this slow and steady approach actually led to me being a better reader and writer than most of them are. My discipline and determination, along with my consistent focus on being slow and steady throughout the years, has built itself up to the point at which I’ve been published on Forbes a number of times throughout my career. They might have had the early lead, but I’m the one who won the race.

Whatever your situation is in life, I’d encourage you to develop your own slow and steady spider web of knowledge. Scientia potentia est: knowledge is power.

If you own being slow and steady and turn it from a weakness into a strength, you’ll win the race of life, no matter how much it might seem like other people are racing ahead of you. Stick to your guns. That knowledge and power will make you not only self-determined but also a champion in life, both at home and in the workplace. Good luck.

[Related: The Way We Work]

Pichi Bellingrath McClure is the founder and CEO of Pichi LLC. She’s a resilience expert who helps people to strengthen their personal leadership and overcome the impossible through her content, tools, and strategies. Subscribe to her biweekly Resilience Tips and follow her on LinkedIn, Twitter, and Instagram.

Pichi McClure is a life coach and public speaker who specializes in helping people with mental illness. She helps people use their emotions in a constructive manner so as to optimize their lives. Pichi's favorite thing to do outside of work is to play with her toy poodle, CoCo who is also her company mascot. Her favorite Ellevate memory is joining the network and discovering the wealth of valuable resources.. Continue Reading

Meet experts like Elizabeth to talk about how to use these ideas in your career:
I'm Ready to Meet the Community