Fathers are Feeling the Weight of Household Labor One Year Into the Pandemic: Why This May Be Blessing for the Future of Women and Work 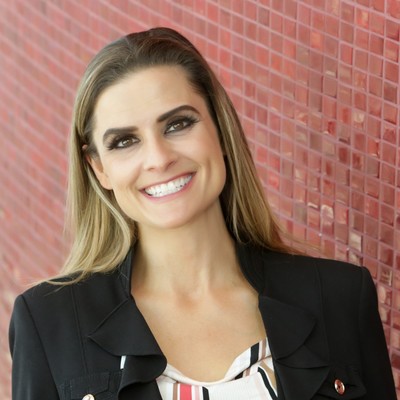 In May 2020, at the height of the COVID-19 lockdown, our research team, including collaborators Yana van der Muelen Rogers, Elaine Zundl, and Sevinc Ulu, conducted a survey of working adults. We found that the early months of the pandemic ushered in an unforeseen bright spot for some working mothers — increased job satisfaction and productivity.

At first puzzling, a deeper look found that women’s increased career satisfaction was a result of the pandemic having reimagined the division of household labor: Fathers (forced to telework) were contributing more at home in households with opposite-gender partners.

Working parents were more likely to report an increase in job productivity and satisfaction after the pandemic hit, compared to people without children. We wondered whether that difference had something to do with having more “hands on deck” contributing to unpaid labor. As we suspected, men’s increased contribution to unpaid labor at home during the pandemic increased women’s satisfaction and productivity at work.

[Related: Why HR Needs to Know About This Triple Threat to Your Financial Security]

These findings made us cautiously optimistic about the future of work. With more fathers engaged in caring for children due to stay-at-home orders, the social norms around what constitutes an ideal worker were poised to change, opening the door to a healthier work-life balance with less gender stigma.

For this change to manifest, however, the shake up to the division of household labor must endure post-pandemic. Our research team decided to conduct a follow-up survey to find out whether the unseen benefit found during the pandemic’s lockdown for working parents had staying power.

In March 2021, we went back to the same population of individuals again to see what had changed, for better — or for worse. We surveyed 1033 respondents (511 men and 522 women) living in households with opposite-gendered partners.

This is very good news for the future of work. Companies such as Capital One, Apple, Google, and more have already publicly announced that they are permanently moving to a hybrid work model, combining in-office workdays with remote workdays. Employers may see greater employee retention when upholding some semblance of the pandemic’s telework flexibility. For employees, this flextime will deliver a greater sense of wellbeing while simultaneously increasing productivity.

What is more, men’s increased contribution at home during the pandemic was still having a positive impact on women’s reported job productivity and satisfaction. The more men contributed at home, the more productivity women reported in their paid work.

This time around, women’s increased contribution to unpaid labor during the pandemic was also having a positive effect on men’s work productivity and satisfaction, especially for fathers. This supports the notion that greater equity at home eases the burden of work-life balance for women and men, which enhances the wellbeing of families.

[Related: Be Unapologetically You]

A year into the pandemic, fathers are reporting more time spent in childcare than mothers did! Moreover, this report from fathers in 2021 is a drastic departure from the American Time Use Survey (2019) data. In 2019, men reported spending on average 27 minutes on active childcare per day. What is going on?

Thanks to the pandemic lockdown orders, dads are likely experiencing a contrast effect — a perceptual bias in human behavior that occurs when something changes dramatically in one’s environment. When this happens, the change appears larger in our mind.

The contrast between the amount of unpaid labor that men were doing in 2019 (i.e., 27 minutes a day) and what they increased to during the pandemic was akin to carrying a five-pound weight and suddenly switching to an 80-pound weight.

Women were already carrying around (the childcare equivalent of) a 75-pound weight. Thus, the move to 80 pounds was less perceptible. The change for men — going from 27 minutes to, say, one hour, loomed larger in their minds, translating to an over-perception (i.e., feeling that the extra time must be well over five hours per day).

This over-perception is consistent with other research comparing objective diary reports of unpaid labor to subjective personal reports. New fathers tended to believe they were contributing about twenty more hours per week to unpaid labor than they actually were.

The good news is that the contrast effect occurs whenever there is a drastic disruption in the status quo. Although men may not be contributing as much as they think they are at home, the over-perception indicates that they are doing more than they were before the pandemic. This suggests that men’s increase in household labor is poised to continue in the long term, and perhaps lead to a reimagined division of labor for dual-career families.

With time, the contrast effect dissipates (i.e., men may get used to the extra weight of unpaid labor) and this can ultimately morph into the status quo. The more men flex their caregiving muscles, the more likely it will become a normal part of their daily routine.

Kristina Durante, PhD, is a professor and the Vice-Chair in the Department of Marketing and the research director for the Rutgers Center for Women in Business. She has authored several articles on the psychology of women and families. She routinely speaks on her research across the globe, including a recent TEDx talk.

Lisa Kaplowitz, MBA, is an assistant professor of professional practice of finance and the co-founder and executive director of the Center for Women in Business. She routinely speaks on issues related to advancing women in business.

Yuqian Chang is a Ph.D. Candidate in the Department of Marketing, Rutgers Business School. She conducts research on the psychology of consumer wellbeing. Her research work has been presented at top business and psychology conferences.