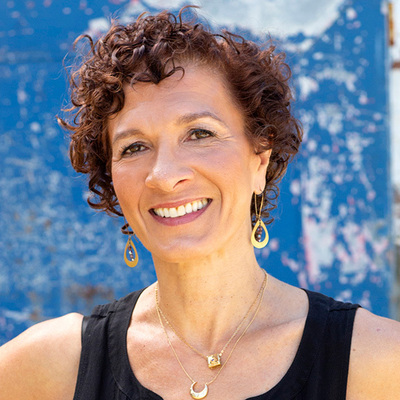 Getting promoted is one of your goals. You’ve worked, put in long hours, and contributed to your team. But still no promotion. So what gives?

I’ve been there. Not getting promoted can be frustrating, especially if you’ve been passed over in favor of someone else, or it’s happened more than once. It turns out that certain types of people are often passed over for promotion. But that also means you can take charge and finally secure the promotion you deserve.

See if you’re one of these five types of un-promotable people, and what you can do about it.

You are really great at your job and it’s your secret sauce. It’s frightening when you call in sick. You made yourself too valuable in your position and it would be dumb of your company to move you anywhere else.

You are a hard worker, but you keep your head down and you keep to yourself. No one dislikes you (that you know of), but no one really knows you or wants to hang out with you either.

You work hard and actually play with a few people in the office, but only the ones you like and only the ones that happen to be just like you.

You are a hard-working, highly intelligent person. You like to be the best of the best and like to prove it. This sets you apart from others and has you appear somewhat aloof, a fact you can live with.

You are a hard worker and overly nice to everyone at the office, letting people walk all over you. Though you may secretly whine, you put on a pleasant front and don’t say a thing, even when someone takes credit for your work.

Brace yourself. At Inner.U, we always think it’s YOU. Being one of the types of hard workers from the list above is stopping you from getting promoted. That’s because knowing how to get promoted at work is about more than being great at your job. Don’t worry. You can fix you, and I’m going to show you how.

If you want change, change something.

This shouldn’t be a surprise to you, but the people who are getting promoted at work are actually the ones who are good at politics. Did you just roll your eyes? And did you think that what I really said was “the ones who are kissing ass?” I’m not saying that. The last thing I’d ever tell you to do was lie, manipulate and sell out.

Possibly for you (and many), “politics” and “politicking” means something dishonest and fake. No. Politics is just another word for interaction – people being together and dealing with each other. It’s an important part of how to get promoted at work, and you need to use it.

Trust me, you are already politicking right now, you just aren’t aware of it. People think they don’t play politics, but there’s no such thing as no politics. We’re always politicking, and everyone has their own brand. Your brand might be that you don’t do politics which, by the way, is actually a popular brand.

That’s the first thing you need to face – politicking is everywhere, whether you like it or not. And with politics, you are either good at it or bad at it. Usually, the people who are bad at it think they’re not doing it or they don’t need it, and they are mad at the people who do it well.

Are you reading this with your arms crossed, thinking, I hate politics! I’m a good worker. Isn’t that enough? Why do I have to deal with these people? Honestly, I don’t even like most of them. The judging, rolling your eyes, and avoiding is actually your version of politics. It’s a passive strategy, but it is a strategy. Sadly, your current passive political strategy is getting you exactly what you have right now: no promotion.

Politics is not a four-letter word. If you are serious about getting promoted, you have to stop thinking it’s a bad thing. Politics are just human dynamics and they can help set you on the path to a promotion and make your workplace more engaging. Really – have fun politicking.

Start making it about relationships and building your own brand of politics. Create a game plan for yourself on how you are going to be in the office. Care about everyone. Make everyone around you look good, not just yourself. Be coachable, easy to work with, and someone people trust. And most importantly, start developing deeper relationships with people at work – those above you, below you, and your colleagues.

1) Make a list of the people whom you should be in relationship with and who can help you forward your dreams.

2) Make a promise that every week you are going to have breakfast or lunch with two new people, one inside your company, and one outside. Knowing people outside of your organization is important, because if something does end up changing with your position, it’s that much easier to get a new job if you already have great relationships with people in other companies.

3) Tell someone about your new weekly promises, whether your spouse or your best friend, who will, without fail, hold you accountable and ask you, for example, how breakfast with your CEO went.

4) Pay it forward and help someone below you. There’s nothing better than mentoring and caring about someone who, one day, maybe ten years from now, will become someone you’d really want to know and could end up helping you.

5) Have fun. Building your network is healthy and enjoyable politics.

It’s easy for me to coach you on this because I was passed over for a promotion once for this exact reason and I vowed it would never happen again. I was in my early 20s and I was getting trained to lead workshops. At the end of one of my training programs, the person responsible for the program stood in front of all 50-plus of us trainees, and said:

Okay, who thinks they are ready to lead workshops? Who wants me to pass and certify you to be a workshop leader right now?

At the end of the training, he did come over to me. But not to make me a workshop leader. Instead he asked me, a bit dumbfounded, why I didn’t raise my hand. Good question. And, well, since it would be another six months before I’d be asked if I want to lead workshops again, I certainly had time to think about it.

Do you think I’d ever stay comfortably dumb again or that I’d ever again presume someone other than myself should be responsible for my dream and not see my own cowardice in the waiting for him to just know? No way.

It’s important for you to be upfront about what you want in your career. It’s not about lying or manipulation. When you tell people about your dreams, you give them a chance to help you fulfill them.

Tell your boss you want a promotion. Tell the CEO. Tell the people who can help you advance. Tell the truth about it, and let them contribute to you. Ask them what you need to do or develop to get the promotion. How long will it take? Have them support your goals and dreams. That way, when they are in a meeting wondering whom they should put in charge of the new division, your name will come up.

I want you to get a promotion this year, but you are not going to do it by simply working hard and keeping your head down. You are going to have to stick your neck out for that promotion, develop relationships, care, speak up, and have your actions match your dream.

Remember, politics is just people interacting. If you want to really rock your career, start cultivating relationships, raising your hand, and asking for what you want.

Hi. It’s YOUR dream. Who else should make it come true?

[Related: Three Common Negotiation Obstacles and How to Overcome Them]

Gaby Jordan is the President and Co-Founder of Human Better EDU. She has a deep passion for empowering parents, students, administrators and faculty across all levels of education that stems from her own commitment to education and students thriving. Her dedication to this cause and understanding of the value of education started at a young age. Gaby was raised by a single mother who worked tirelessly against the odds to provide an education for her,... Continue Reading

Meet experts like Gaby to talk about how to use these ideas in your career:
I'm Ready to Meet the Community