The Practicality of Tarot 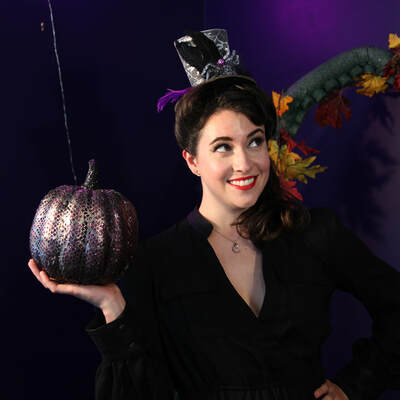 You may have read the title to this article and thought to yourself, “Wait, was I just re-directed to The Onion?” Nope! Tarot cards have a fascinating history and surprisingly practical day-to-day use for many individuals. Stick with me here.

Scholarly research indicates that the first tarot decks were created in Italy in the 15th century. At the time, it was essentially just a game and not the divination tool it’s often used as today. In the late 18th century, tarot was popularized by the French occultist Jean-Baptise Alliette after he assigned more expansive meanings to the cards and started using them to give readings. In 1909, publisher William Rider connected with a tarot reader by the name of A. E. Waite, and with their powers combined they created the Rider-Waite deck that is still known as one of the premier and foundational decks for many readers.

Over the last 50 years or so, tarot has become increasingly popular, with many artists and individuals creating unique decks and giving their own spin to the cards’ various meanings. Each card corresponds to an archetypal figure or a specific life circumstance. There are 22 cards in the Major Arcana (numbered 0-21), and four full suits from Aces to Kings in the Minor Arcana, typically referred to as some variation of Wands, Swords, Cups, and Pentacles or Coins.

[Related: Release Yourself From What is Holding You Back]

Now that the history lesson is out of the way, let’s get into the meat and potatoes of how this can be useful for you even if you have no background in reading cards or any interest in reading for others. These cards make for excellent prompts as a part of mindfulness practice.

I’ll often recommend that individuals choose a card of the day to think on, or as a journal prompt. Our brains can often be pretty non-stop; they are pattern-matching machines that LOVE stories. This means that anytime something is confusing or missing details, our brain naturally tries to fill in the gaps.

It may fill in information that’s completely wrong if there isn’t enough context or clarity, often to the detriment of our life, relationships, and sanity. We’re also very good at distracting ourselves or focusing myopically on irrelevant details as opposed to seeing the bigger picture.

Tarot cards can provide some of that missing context and clarity. Pulling a single card, or several - referred to as a “spread” - forces your brain to think outside the box by presenting it with ideas and possibilities that it may not land on naturally when left to its own devices of looking for the same patterns over and over again.

For example, perhaps you’re trying to figure out what to do in your relationship. Maybe it’s not terrible, but there’s been a bit more arguing lately. You’re putting in what feels like a lot of effort, but it’s just exhausting. Neither of you are particularly happy.

Now, let’s say you pull a couple cards; you happen to get the Four of Cups and the Hanged Man. The Four of Cups is about contemplation, discernment, and internal growth. The Hanged Man is not about death, in spite of what the name implies. Rather, it’s about reflection, moments of pause, and looking at a situation with fresh eyes or from a different perspective (the graphic is usually a man hanging upside down).

[Related: How to Thrive as Partners in Business and Life]

What this little two card spread could be telling you is, “Go inward - BOTH of you - and don’t rush to a decision that doesn’t need to be made right now. You may not be looking at things clearly.” Perhaps you’re so focused on the relationship that you’re failing to nourish and love yourself.

Where are you abandoning yourself and your own needs in favor of your partner or the relationship? Look at things from your partner’s perspective - are you meddling, trying to control things a bit too much, or micromanaging? This spread suggests that there’s no hurry. Take some time to put your primary focus back on yourself. Decide what you want for your life, and then bring that back to the table for conversation when things are a little more clear.

Tarot doesn’t judge you, it just asks thoughtful questions. It’s like a neutral third party that helps get you out of your own head. And the cards are open to interpretation! Perhaps you asked the previous question and got the Three of Swords, a card about sorrow, heartbreak, and deeply hurt feelings.

This does not mean you’re heading for a break-up, but it could mean that you and/or your partner are in a lot more pain than you’re letting on. It may be something as simple as, “If you keep going like this, the relationship will end. Something has to change.” That change could be breaking up, sure, but maybe it’s having one of the first open, honest conversations with your partner, allowing you both to feel simultaneously vulnerable and safe with one another, thereby making the relationship stronger. It’s all in how you think about that card or spread.

Tarot cards aren’t here to tell you what to do, and they won’t guarantee how your future will play out. They’re here to ask questions of you, to encourage you to think for yourself, and to explore the deep, rich, fertile soil that is your inner garden. And you don’t need to be a pagan or esoteric to find them useful. Anyone can benefit from a good thought exercise. Tarot can help you know yourself better in incredibly intimate ways. So what questions are you going to ask?

[Related: How to Have the Dreaded Money Talk with Your Partner]

Eliza Collins is a burnout coach and integrative wellness practitioner. She is passionate about helping womxn create body-mind-soul alignment and rediscover their magic by recovering from burnout.

I'm a burnout coach & integrative wellness practitioner and am passionate about helping womxn create body-mind-soul alignment and rediscover their magic by recovering from burnout. Outside of my career I'm an avid fan of live music and often travel to see shows, but that's on pause with current travel limitations. I'm looking forward to connecting with other extraordinary womxn and provide support and encouragement in an amazing and positive environment Continue Reading

Meet experts like Eliza to talk about how to use these ideas in your career:
I'm Ready to Meet the Community