LAST CHANCE: Use the code PUMPKINSPICE to receive 20% of Pro and Executive membership.

We Need to Talk: The New Manager’s Guide to Giving Better Feedback 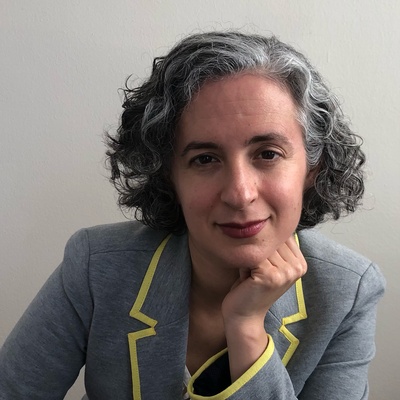 I was recently playing Legos with my 8-year old and made a creative decision he didn’t like. He took a look at my building and said "I have a great idea." Then he proceeded to dismantle my work.

Watching him dismantle my structure left me disgruntled and disinterested in the task at hand. I went from being a creative contributor to a disengaged worker in Legoland.

I share this story because delivering feedback that's direct but doesn't shut people down is a vital leadership skill that can make or break a team.

Posing your idea as a question might seem like a polite way to steer a project in a different direction but this thinly veiled version of “yes, but” is easy for colleagues to see through.

The words coming out of your mouth might be, “What do you think of this?” but what the other person hears is, “Your idea stinks, let’s do mine instead.”

“Yes, but,” in its many forms, kills creativity and innovation. It creates an environment where employees don’t feel heard, don’t speak up, and don’t put their ideas forward.

Giving kind and effective feedback is vital for the success and health of a team but it's rarely covered in onboarding and it’s not a skill that’s taught in school.

Below are five principles to improve feedback and preserve relationships at work.

Plan out what you want to say ahead of time. If you’re doing performance reviews and have to deliver constructive feedback, think about the message you want your employee to walk away with.

Is it “This is your final warning and it’s time to shape up” or “I’d like to promote you and these are three things that need to change in order to make that happen?”

When I work with leaders to prepare for reviews, it often starts out sounding like the former when really they want the takeaway to be the latter.

Planning out the strategy ahead of time makes a huge difference in easing anxiety, retaining employees, and motivating your team.

If you have to deliver bad news, be specific, straightforward, and succinct.

Bad news or critical feedback doesn’t land easier with a lengthy buildup. On the contrary, drawing out the delivery only frustrates people and wastes time.

As a Toastmaster, I was taught to sandwich constructive feedback in the middle of two compliments. But Adam Grant debunks the sandwich method, explaining that it puts people on edge and makes them feel like your compliments are insincere.

Being direct might be uncomfortable, but it’s the kindest, clearest way to get your point across. The last thing you want is to have to repeat the conversation because your message was unclear for people to leave a conversation feeling uncertain of your intent.

[Related: 4 Tips for Managers in a Hybrid World]

I once spent four months working at a company where meetings with my boss entailed standing behind his desk watching him file his emails during our one-on-ones. When I’d stop talking to see if he was paying attention, he always said, “I’m listening.”

There’s a big difference between hearing (perceiving sound) and actively listening (making meaning from sound). If you’re typing, running through your to-do list, or planning your counter argument, you’re not really listening and your team can tell.

That’s why I teach my clients to think of listening as a full-body activity and listen with all their senses. If you’re only listening to words, you’re missing a great deal of meaning. When you listen to tone of voice, facial expressions, and body language, it often reveals what someone is thinking but not saying. If this is difficult, think about what a conversation tastes like (salty or bitter), smells like (sweet or acidic), and feels like (burning or ice cold).

An HBR article about The Business Case for Curiosity explains why curiosity is so vital for company performance. Curiosity improves collaboration, allows people to see different perspectives, and helps them respond to difficult situations less defensively. A quick way to move from skepticism to curiosity is to pay attention to what’s happening in your body. Notice if you’re squinting, tensing up, or crossing your arms. These are signs that you’re using your skeptical brain.

Opening your eyes wide, unfurrowing your brow, and leaning in are physical cues that move the brain out of its natural stress response and into curiosity, where you can access creative thinking.

[Related: Five Networking Tips to Embrace the Awkward and Connect with Ease]

The key to empathy isn’t agreeing. You don’t have to like someone’s perspective in order to acknowledge it.

Telling people why their perspective is wrong or insisting they should adopt yours is not the path to persuasion. So often we go into negotiations armed with a barrage of facts and data when research shows that tactical empathy and strategic silence are far more effective.

Tactical empathy is used by the FBI and it lets people know you’re paying attention and you’ve heard their concerns. It’s the skill workshop participants find most challenging to use because it's so unfamiliar.

Whether you’re leading a team for the first time or looking to improve dynamics for an existing team, adopting these five skills will not only make you a superior listener, but also a more influential and empathetic leader.

Madeline Schwarz is the founder of the B.U.R.S.T. Formula to communication. She’s helped hundreds of professionals across industries get their message across clearly in meetings, pitches, conference talks, panels, networking and difficult conversations.

Madeline has worked with founders to Fortune 500s and been featured in Forbes, Introvert Dear, the Rosie Report, and the Ellevate Podcast. Her clients include Mastercard, Etsy, the Jewish Museum and Fancy LLC.

I help quiet leaders speak up at work and I help organizations articulate their vision in clear, concise messaging. I work with professionals across industries who want to: - increase their leadership presence - communicate clearly and concisely - create presentations that stand out - connect with their audience - be direct without pushing people away Through coaching and training, I have worked with employees at organizations such as Mastercard, J.P. Morgan, Mount Sinai, The Jewish Museum, Marriott Hotels... Continue Reading