The Personal is Political is Business: Like it or Not 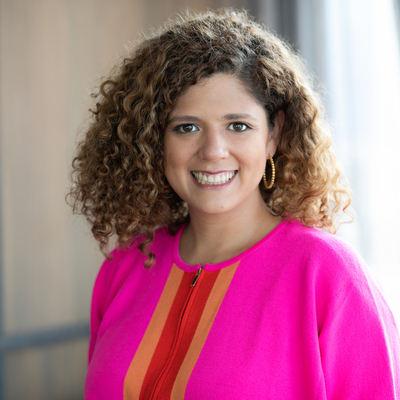 With the Supreme Court overturn of Roe v. Wade in the Dobbs decision on June 24th, 2022, many U.S. states passed abortion bans that have significantly affected the healthcare system, spurred legal battles, and caused widespread controversy in the United States.

When so many women lose critical access to healthcare, it not only affects them, it affects their communities, workplaces, and the economy. If you care about the well-being of your business, your employees, and your bottom line, then you should care about this.

Women’s physical and economic health affects their lives and communities.

When state laws interfere with women’s right to choose, it drastically affects their physical and economic health – and we know from experience that when women suffer, their whole community suffers. So it’s critical that the same groups who raise their voices for equal pay and workers' rights do the same for reproductive rights.

According to a New York Times analysis, about half of women who have abortions are living below the poverty line. This means that in the 14 states with abortion bans, if a person were to need access to abortion services, they would be required to take significant time off work, cross state lines, and provide often expensive out of pocket funds for the healthcare – all things they likely do not have the resources for.

As of the publishing date of this piece, abortion is illegal in the following states:

Forcing women to give birth to children into environments where they lack public support adds further strain on the economy, and drives women and their communities deeper into poverty.

It’s pretty clear that these state governments are not interested in providing equitable access to healthcare, nutritious food and quality education, fair wages, etc. for families. This is where employers have an opportunity to do the right thing.

At this point, it’s not smart for employers to ignore the issue, and the recent midterm elections proved that. In all 5 states that included abortion rights measures, they were unanimously upheld (including in Kentucky, where previous trigger laws made nearly every type of abortion illegal after the Dobbs decision).

Did you know that 44% of employees believe that their organizations are not doing enough to ensure access to abortion for their employees? And according to recent research from Catalyst, 43% of employees said that if their employer provided it that they would use abortion access benefits. Employees believe it’s important to provide access to abortion because it’s something that they will actually need and use at some point.

In the ongoing labor shortage, recruitment and retention have become a challenge for companies nationwide. At a time like this, we need to be thinking about talent engagement and employee retention, leaders cannot afford to ignore these stats. In fact, 30% of employees polled said that they are considering leaving their organizations as a result of their response to the Supreme Court decision.

Understanding the true impact of the Dobbs decision is certainly multi-faceted, but ultimately it’s pretty clear to me that:

a) employees are deeply concerned about abortion access, so much so that they would consider leaving their employer if it wasn’t provided; and

b) anti-abortion states’ governments are not going to provide resources for women and their communities any time soon (unless it’s on the ballot, in which case everything might change).

While some leaders shy away from issues they consider personal or political, I see them as undeniably intertwined with business, the economy, and the people at the heart of all of it.

Abortion access has proven to be central to the health and economic stability of women and their communities. On top of that, it matters to allies, voters, and employees.

I am choosing to take responsibility for my role in all of this. How about you?