Our next live welcome session is Wednesday, Feb 1, 2023Loading….

Want to Be a Lifelong Learner? Embrace These 4 Characteristics. 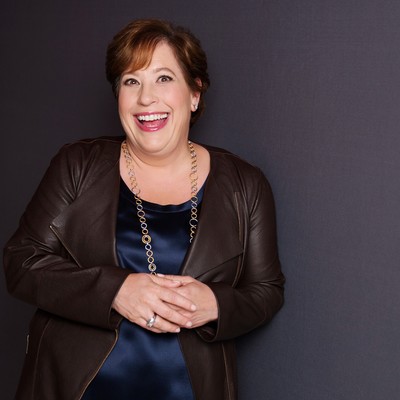 We were born to learn. If you have any doubts, watch babies and toddlers in action. They observe everything, mimic relentlessly, and — once they can communicate — pose questions from dawn until dusk. Though their constant curiosity can be overwhelming for the adults around them, it’s completely natural. And our thirst for knowledge never really ends.

To be sure, when we get older, we don’t react to our information-hardwired brains in the same way. Perhaps we should, though. Feeding our minds offers quite a few benefits, not the least of which is improved memory.

For instance, I just turned 54. Not a milestone Hallmark card year, but a big deal to me. The problem is, I’ve noticed that my memory isn’t as sharp as it once was. That’s disconcerting, especially given my position as the head of a company.

This is why I try to learn something new as often as I can. I want to exercise my mind the same way I exercise any muscle to avoid atrophy. And according to various studies, practicing and learning new things can lower your chances of developing Alzheimer’s disease or similar conditions.

Another advantage to learning is one we all saw during the pandemic: It staves off the boredom associated with everyday monotony. When people were stuck at home, they quickly realized that it wasn’t rewarding to just lather, rinse, and repeat their days. As a result, they started to spice things up by learning new skills on their own or through online channels. I know plenty of experts offered free Zoom learning sessions and plenty of people took those sessions to boost their know-how.

Improving our intellect can even have positive ramifications on our career paths. Technology has brought about rapid disruption in just about all sectors. Embracing a philosophy of continuous learning and up-skilling can keep professionals from losing their competitive edges in the job market.

With all these upsides, you might want to consider adopting a pro-learning lifestyle. You’ll know that you’ve achieved that goal when you exhibit at least one or two of the following traits. Each one is a characteristic that tends to accompany the lifelong learner mindset.

[Related: The Skills You Need to Succeed in 2020 and Beyond]

I have a friend who wasn’t satisfied with the apps aimed at people struggling with serious illnesses. Instead of grumbling about the gap, my friend created an app to serve the niche. It was a labor of love and required an extremely intensive amount of learning to construct and develop. If my friend hadn’t been inquisitive, the app would have never come to fruition. It would have remained just a dream idea.

How can you build your inquisitiveness? Start thinking in terms of “why?” For instance, when you encounter a problem, get to the bottom of it. Ask why the problem is occurring, then do some research and seek solutions to deal with it. Don’t just allow questions to linger. You might not always be able to get to the bottom of everything, but you can at least investigate and discover.

Learners regularly position themselves as students; they’re always open to learning something from someone. It doesn’t matter who that person is, either. It could be a stranger sharing their Uber ride or their elementary-age child. They’re more interested in having an “aha!” moment than in acting like they know everything — because no one can know everything.

To become a lifelong student, you need to see others as possible teachers. This includes TED Talk speakers and other online thought leaders. You don’t have to agree with what you hear, especially if it’s someone’s opinion. Nevertheless, it’s not bad to understand other people’s points of view for your edification.

[Related: Six Clever Words to Live By: A Maxim for Business and Life]

When was the last time you read a book cover to cover? Has it been a while? You’re not alone. I know of two different surveys that were given to adults in the past year. In one survey, 23% of Americans said they hadn’t read a book in the prior 12 months. In a similar survey, the percentage jumped to nearly 52%. Either way, it means a lot of people need to get to the library.

Now, I’m both an executive and a mom. I know how difficult it can be to set aside time to curl up with some fiction or nonfiction. That’s why I recommend audiobooks and podcasts in lieu of traditional books as learning fare. It’s much easier to listen sometimes than it is to read. Plus, you can multitask, so you don’t lose any momentum when it comes to slicing and dicing your growing to-do list.

My father was both a lifelong learner and a teacher. He raised kids, ran a company, and served as the primary caregiver to my ailing mom. He never stopped sharing what he knew, though. Shortly after my mother passed away, he reignited his love for charity work and fundraising. Today, he’s 86, travels and lectures regularly, and will soon receive an honorary doctorate from Hebrew University.

I’m not just proud of my dad. I’m inspired by him. Many other people have been, too. So, remember that part of your duty as a learner is to spread your insights. Think of knowledge as seeds. The more you scatter them, the more knowledge can take root, grow, and serve future learners.

The pandemic didn’t have many bright spots. However, it did seem to prompt a self-education revolution. I encourage you to hold onto the desire to learn that formed over the past couple of years. Participate in workshops. Check out interesting videos. Audit a course or two at your local college. Pick up a hobby. You’ll be better for your efforts — and so will everyone whose lives you touch.

[Related: Where You Start Doesn’t Determine Your Success, But These Three Things Can]

Alison Gutterman is the president and CEO of Jelmar, the family-owned cleaning products manufacturer of CLR and Tarn-X products. She began her career at Jelmar in 1993 without a title or a desk, and in 2007 was named its president, bringing the company unprecedented success with her modern approach and leadership techniques. She also balances work with parenthood as a single mother of two children, and she resides in the greater Chicago area.

I am an effective leader looking to grow my company and accelerate the personal growth of my employees. Specialties: Sales presentations, marketing, new product development Continue Reading