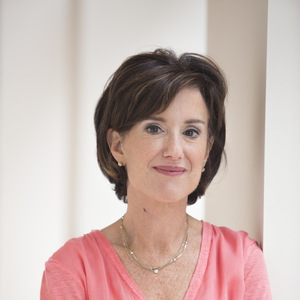 We sometimes wonder if we’ve learned anything at all from our first paying job. Sure, we earned some money, but did that first job teach us anything? To have perspective, you must have something to compare that first job to. Thus it’s more helpful to look at your first two jobs, to compare and contrast them and to unearth the bits of learning you got from them. By doing this you begin to know early on what drives your enjoyment at work, and what’s a grind. No one is lucky enough to enjoy every single task one does on a job.

Typically your first two jobs are very different. For me, during summers in high school I worked where my dad worked, which was a direct mail house in Detroit called Ad-Mail Services. I did various things but my main job was to work on the factory floor, assembling direct mail pieces for packets that we would mail for our clients. Many days it hit 90 degrees on the floor. There were enormous fans subtly placed around the shop so as not to blow all the paper askew and mess with our production. Even with the fans though, it was really hot. But those of us there were young, and didn’t know any better-- this was where we worked. We chatted, assembled, and got through our day.

My college summers were spent at General Motors, where I worked as an office assistant. This was the golden age of GM and the corporate building was quite a wonder. There was deep, rich woodworking everywhere, plush carpets lined the hallways, and yes, there was indeed air conditioning. I worked for two secretaries who attended to the director of logistics (yes, he had two secretaries). He was a kind man, not prone to the arrogance of others who worked there. He had a secret button located somewhere on his desk, and if he wanted privacy for a meeting, he’d push it and his office door would quietly close behind the visitors. Clearly this was not the factory floor.

I nicknamed the two secretaries I worked for Cruella deVille and Mary Poppins. Cruella was almost 6 feet tall, thin as a rail, and liked looking down at you. She never cracked a smile and took her job far too seriously. Mary was a sweet, perky blond who was into natural foods. She talked about vegetables all the time. Being ethnic, I was raised on meat and starch and had never met a vegetable, except sometimes there were limp, mushy things that would pool around my meat and potatoes. Maybe those were vegetables. While her chatter wasn’t of great interest to me, I preferred her company to Cruella and was always grateful the days I was assigned to her.

One memorable day when I was assigned to Cruella, she slapped a checkbook on my desk and explained that I needed to balance the director’s monthly statement. Plus, I had to find a missing $1,000. How could he ‘lose’ $1,000? $1,000 was three months of rent and plenty of beers at the bar for me. The task seemed quite inane, but I found the blasted $1,000 in about ten minutes due to someone’s poor subtraction. Cruella barely nodded when I handed the checkbook back to her.

First jobs make deep impressions on us. We learn from these impressions. How do I handle myself in situations that are not physically ideal, for instance? Today it’s typical in buildings, even green ones, that we have too much or irregular air conditioning. Bring a sweater. We often get assignments we think are a waste of time. Do we have adequate context for why they are being assigned? Who knows, maybe with the checkbook task the director’s wife normally balanced it but she was busy taking care of some dying relative. Maybe Cruella was testing my math skills. As a college or early career employee, we truthfully don’t know enough about how business works to assume things are a waste of time.

The real interesting question to me is: was I happier at one place or the other? Did I enjoy the day more at job #1, or job #2? I genuinely liked the camaraderie of the factory floor. I had none of that at GM. I liked working in a small business environment where I could know everyone, and help to create the products that were being developed for customers, even if it was just direct mail. On the flip side, at GM I got to use my developing business brain to organize meetings, to summarize the notes after attending them, and to hear what the business issues were as a fly on the wall. I enjoyed hearing the banter between the guys. And sure, I liked that air conditioning and those secret buttons.

So it’s no surprise I ended up in jobs that were a hybrid of the two: creating new businesses within corporate settings. It was the ideal for me, a mix of small and large, entrepreneurial but with the deep pockets of a corporation so I didn’t have to impoverish myself or my family.

What were your first and second job experiences, and what did you learn? Let me know in the comments!

Hi, I’m Susan. My whole career has been in media, including senior roles at HBO and CNBC. Most recently, I was co-founder of Scripps Networks Interactive (SNI), the parent company to popular cable television brands such as HGTV, Food Network, and many others. I was the second employee of the company and helped build it to its current multi-billion dollar value. Being on the ground floor allowed me to participate in all phases of SNI’s growth. I... Continue Reading

Meet experts like Susan to talk about how to use these ideas in your career:
I'm Ready to Meet the Community