How Millennial Women Are Redefining Leadership At Work

In an article published in The Atlantic, Claire Shipman and Katty Kay spoke of their belief that that there is a "confidence gap" between men and women. Kay and Shipman went on to argue that, as confidence matters just as much as competence in the working world, women's lack of self-confidence is one of the major issues preventing us from advancing up the career ladder.

While this may be true for a generation of baby boomers where women were taught to speak apologetically and lean back from their careers, we could argue that it is not the case with the millennial generation.

These women have a different set of values and beliefs from their predecessors. Their attitudes have been shaped by seismic world events including the abolition of apartheid, the collapse of the Berlin Wall and the end of the Cold War.

The millennial generation is also the first to benefit fully from internet, along with social media such as Facebook, Twitter and instant messaging. These mediums allowed millennial women to be connected to the wider world as they grew up. They have had more casual exposure to multi-culturalism than previous generations and, as a result, they draw their inspiration from a diverse group of role models. They are a hopeful and ambitious generation and leadership for them is about achievement, not about hierarchy or consensus.

It is these life changing events and their shared experiences that set these women apart from the baby boomers, and why millennial women are redefining leadership.

They have more self-confidence

Millennial women believe they are special. Their parents, typically baby boomers, brought them up to believe this. They put their children first and acted as their advocates. With a nearly egalitarian relationship between parent and child, millennial women now mirror that relationship in the workplace. They view themselves as equals to their peers and see no reason why they shouldn't be treated as such.

[Related: The Millennial Moment: Why Everyone is Paying Attention]

In addition, millennial women were raised to be goal and achievement oriented. They arrive on the job with higher expectations than previous generations and they have the self-belief that they can and will accomplish great things.

In the workplace, colleagues might view this self-confidence as a lack of respect or a sense of entitlement but to millennial women, it is about achievement.

They are willing to pave their own way

Millennial women are very clear on what is important to them. They want roles that challenge them and are of significance yet, at the same time, they also want respect for their personal values and time. They want a manager who understands their outlook on life, their ways of working and expectations of the workplace.

Millennial women are willing to learn on the job and have higher expectations for their careers than their predecessors. They seek careers that allow them to be innovative and creative as well as personally fulfilled. If they feel the company is not fulfilling their personal goals, they will leave and, instead, use their entrepreneurial spirit to pursue their ambitions. Millennial women are willing to reject the formal corporate career path of their female predecessors and find a different leadership path that incorporates their personal lives.

They want feedback and development

Having grown up in a world of Facebook, instant messaging and Twitter, immediate and constant feedback is the norm for millennial women. This too impacts on their attitude in the workplace. They are hungry for knowledge and want to know how their contributions influence the success of the company. They are the first generation to actively seek coaching and want support for continuous learning.

The confidence gap is not just a gender issue, it is also a generational one. Millennial women are confident and ambitious and, with their attitudes and beliefs, they are changing and influencing the workforce faster than any other generation. Indeed, their ways of working and expectations of the workplace are now being adopted by workers of all ages.

The newest addition to the workforce, the millennial generation, is challenging and redefining our definition of leadership.

This article originally appeared in The Guardian, June 20th, 2014

Trang Chu is an Executive Coach and Founder of TallgrassLeaders.com. She provides multi-generational leadership trainings to major corporations and coaches leaders on how to successfully manage a multi-generation workforce. 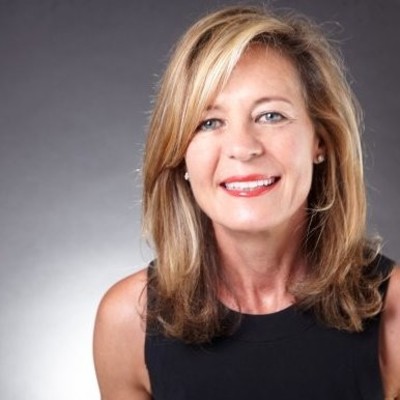 Fabulous insight for those of us working with and coaching millenial women. I'm in the process of raising.. still... two daughters 21 and 23, and I can atest this is true. A wonderful position to be in and they still need feedback and guidance with this insight in mind.

Meet experts like Trang to talk about how to use these ideas in your career:
I'm Ready to Meet the Community