5 Hidden Messages in Our Complaints 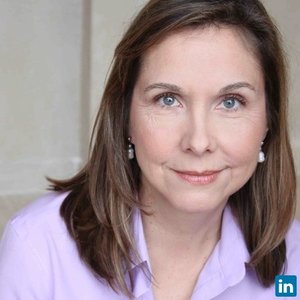 People often wonder how an executive coach deals with complaints day in and day out. Well, first of all, most clients spend their time NOT complaining. Most are focused on creating new and powerful futures for themselves and their companies. When leaders do feel compelled to complain, I encourage them to explore their complaints to find deeper, more important, messages.

Every complaint contains an unspoken request. Educate your teams to the power of this principle and you will experience less moaning and groaning, and more actionable conversations. Respond to the complaint by inquiring, “What is it you really want?” or, "What are you asking for?" After a while, your direct reports will start asking themselves the same questions. Here’s an example of a request hidden in a complaint:

“Management doesn’t know what they are doing. They keep changing direction and we have to start from scratch every time they do.” translates to “Can we please find a way to leverage the work we’ve already done so that when a direction shift occurs, we can be as efficient as possible?” As a leader, which would you rather hear? Which one sounds more professional and actionable?

The Need to Be Heard

Repeated whining often indicates that someone doesn’t feel as though their complaint has been heard. Make sure the complainer knows you hear and understand. Exhibiting a little empathy is often enough to silence the repetition and still make the complainer feel valued.

The complaint, “I don’t know how many times I have to bring this up, but we need more staffing” can be helpful. Hearing it time and again is not. Consider responding with empathy, “I understand we need more staff and without them you feel over-burdened. We don’t have the headcount allowance right now. We are working on that. In the meantime, I want you to know I hear you.”


Collusion can happen when we invite others to buy into our complaints about people and situations. When I continue to say out loud, "Evie's out of her league. She's more trouble than she's worth." I'm actually inviting others to agree with me. I may be looking for support in keeping Evie down instead of finding a way to help her succeed. Or, I may be trying to deflect attention away from something I've neglected to do myself. Perhaps I could have given Evie a little more guidance earlier in the project, or found a way to get her up to speed faster -- but didn't. At some level, I may feel a need to justify my decision not to help her out when I could have. So, I end up making her look bad, and invite others to agree with me. In a sad way, it makes me feel better.

Collusion indicates a serious issue exists within your team. Don't buy into these damaging complaints. They encourage continued negativity and keep your talent from succeeding. Instead, point out the damage that is being done and work with the complainer to find a practical resolution.

Complaints contain clues as to what the complainer values or finds important. Don’t shrug them off. Instead, listen more deeply. The more you learn about your talent and what’s important to them, the more you can tap into what motivates and inspires. Here's an example:

“Arnold hordes information. He never shares what he knows until we are in big trouble. Then he swoops in and saves the day with the data we could have used weeks earlier.” This complaint represents a justifiable need to collaborate and a value for doing it right -- the first time. In the future, you may be able to inspire the complainer to be more proactive with his data needs. Better yet, you might be looking at a new team lead who has just the right attitude! (Of course, you may also want to have a little chat with Arnold to hear his perspective!)


Our complaints can also indicate that we had expected something -- or even believed a promise had been made -- and it didn't happen. Promises are tricky things. They are often implied but vary rarely clearly stated. Promises are assumed in the workplace all time. Detailed plans indicate "promised" deadlines and deliverables. Team structures imply "promises" of role assignments and feedback loops. Even hierarchies hint at "promises" of future promotion in return for work well done. We risk disappointment and more when we believe in these implied promises.

These aren't real promises. A true promise is an open and clearly stated commitment to do or not do something. A complaint about a broken promise can be a signal that no commitment was actually made.

Consider this complaint, "They didn't keep to the plan! Here we are ten days in and they still haven't delivered what they promised." A broken promise sounds pretty bad. But what if the plan had never been agreed to, or communication had broken down somewhere? In these situations, if there was no hard and fast commitment in the first place, no promise had really been made. Remember, if you want a promise, ask for one. Use these complaints as an opportunity to improve communication and to have frank conversations about what people can commit to.

Learn to read the deeper messages hidden in complaints and you’ll discover new levels of understanding -- of yourself and others. Teach your team to do the same, and you’ll find your conversations move beyond unproductive whining and toward more valuable action.

M. Nora Bouchard, master executive coach, has over 25 years of experience in developing leaders. Nora is also author of Mayday! Asking for Help in Times of Need. Contact her at www.mnorabouchard.com or at nora@mnorabouchard.com.

M. Nora Bouchard (www.mnorabouchard.com) is an accomplished executive coach with 25 years of experience developing corporate leaders. She coaches eager-to-learn, emerging leaders as well as experienced executives ready to enhance their existing capabilities. She encourages them to challenge the norm, the expected; and to tap into the “Mad Truth” of their own life experiences. Nora also enjoys working with “alphas,” those executives who appreciate being challenged. Nora works with individuals and teams to enhance trust,... Continue Reading 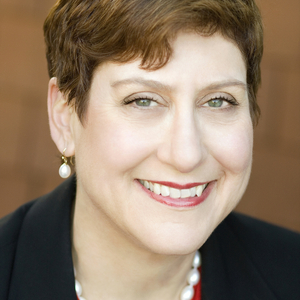 Nora, thanks for the thoughtful article and the suggestions about how to deepen your understanding and to take action. Your two questions “What is it you really want?” and "What are you asking for?" are great. I'm also a big fan of reappraising situations; that is, taking a step back and seeing how to view the situation in another, ideally less threatening way. It gives the complainee power to take some control and change things for the positive. By the way, great to see you in the Ellevate community, too, not just in the Berrett-Koehler world.

Meet experts like M. to talk about how to use these ideas in your career:
I'm Ready to Meet the Community