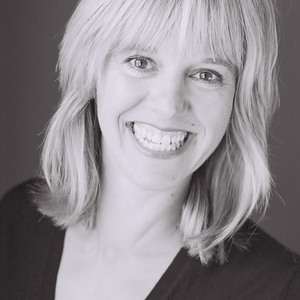 Published on LinkedIn Influencers on July 17, 2014

Since when did doing something "like a girl" become an insult? That's the question behind a new video from Always and filmmaker Lauren Greenfield, wherein men and women are asked to demonstrate what it means to do certain tasks"like a girl." Their responses are silly and funny...until the same question is posited to little girls, and the stark contrast of their answers reveal that this is no laughing matter. To some adults, "like a girl" implies weakness, frailty, and ineptitude, whereas to quote one of the young girls from the video, running like a girl simply means "run fast as you can." Clearly, something is going awry in the transition from girls to women in how we view ourselves and our abilities.

This video is part of #LikeAGirl, a campaign by Always to address the self-esteem crisis in young girls, which largely occurs during puberty when a girl's self-confidence significantly decreases. Greenfield, the accomplished and award winning filmmaker behind The Queen of Versailles, Beauty CULTure, and Thin, was commissioned by Always to look at the social implications of "like a girl", and to see how people's connotations with the phrase changes with age. By taking what is a common schoolyard insult and turning it into something positive, Greenfield, #LikeAGirl, and Always are seeking to reframe the discussion about just exactly what it means to be a girl, and how these negative connotations are having a detrimental effect on our young women. The video is not meant to be judgemental, but rather illuminating and empowering, and according to Greenfield, the moment at which the older participants realize that they have fallen victim to this ingrained social norm was magical to witness. Even better was giving them a chance at a do over, where they could just be themselves.

I am a big fan of shopping your values, and while some people may say that this empowering message is coming from a large corporation looking to sell more product and is nothing more than a sly commercial for their brand, I repectfully disagree. Does this short film make me many times more likely to buy their product? Absolutely and in a way that feels great. I would much rather watch this, then yet another TV spot outlining how wonderful and form fitting pads can be for women. Further I love that they employed a brilliant, woman, filmmaker to make this. I know Lauren personally and when I saw her at the recent benefit for The Sundance Institute she could not wait to tell me about this project.

Though I am no expert it seems there is a powerful trend towards more branded content and away from informational based advertising, which really works for me as a consumer. I wonder if the brilliant team behind #LikeAGirl watched the highly rated and viewed TED Talk by Simon Sinek, in which he outlines the difference between leaders and people who lead, and why certain companies succeed in selling themselves to the public while others fail. The core of his message is that, "People don't buy what you do, they buy why you do it." According to Sinek, this is why Apple is one of the biggest companies in the world while Tivo floundered. It's why Martin Luther King Jr. was such a successful leader, and it's why the Wright Brothers were the first humans to fly. People want to do business with people who believe what they believe, and by tapping into the emotional connection as opposed to the informational one, companies will succeed in selling themselves and not just their product.

#LikeAGirl has already gone viral, with over 36 million views on Youtube, 300+ stories in the media, and billions of impressions online, and it is my hope that it will jumpstart a much needed larger conversation about how the language we choose impact those around us. The bigger discussion is around the impact of negative social normals and how awareness is the first step towards taking aware their power. Throwing like a girl, running like a girl, and fighting like a girl are not insults. As one astute young women wonders at the end of the video, "Why can't run like a girl also mean win the race?" Amen to that.

Selfie with Lauren . Be sure to check out her incredible films.

Meet experts like Jacki to talk about how to use these ideas in your career:
I'm Ready to Meet the Community