‘Say what?!’ When Inappropriate Behavior Creeps Into Professional Environments 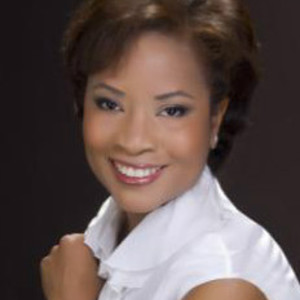 When I sat down to write this article, my intent was to recall a remark made to me in the workplace years ago that stopped me in my tracks. A bonafide ‘say what?!’ moment. After some thought, I realized the issue was bigger than one remark. The real issue was bold, inappropriate behavior exhibited in professional environments. How we interact with our co-workers and communicate our points, even when we disagree, is extremely important. For women, to avoid being called “sensitive” or “melodramatic," we often grin and bear it. As a woman, I’ve had my share of moments facing a nanosecond decision of whether to call someone out on their behavior or let it slide. (Sometimes it’s neither the time nor the place.).

There are the insidious behaviors encountered at one end of the spectrum: sitting on the other side of the desk from someone in a position of power who called me “sweetie” was a clear indication that the person did not value me as a professional. I was seen as a “girl,” not a colleague on the same playing field. That was my cue that the conversation had come to an end. Or standing in a circle of professionals engaged in cordial discussion and then hearing, “she’s so cute!” In that moment, everyone becomes uncomfortable. There are grimaces, nervous smiles, foot shuffles, hanging heads and the awkward lets-try-to-change-the-subject comeback by someone in the group. This was yet another cue to excuse myself and leave abruptly. (You have to decide immediately what type of “scene” you’re willing to make.).

The behaviors that bother me the most are the egregious ones; the ones at the opposite end of the “sweetie” spectrum. My experiences have been minor compared to those we often hear about on the news, like physical abuse or harassment. One of my memorable incidents involved being screamed at (and this went on for a while) in an intimidatory fashion in the presence of colleagues. In that moment, my first thought was: Who…are…you? Are you really speaking to me this way? Is this really happening? I stood up for myself by responding, but engaging someone in that state can make you feel as if you have lowered yourself to their (pathetic) level. In the end, it is all in the delivery. I have also experienced confrontations and walked away so the person could continue ranting with themselves. No matter what you choose to do, it leaves you with a very bad taste in your mouth, and colors your subsequent interactions with that person for a long time.

[Related: The Frying Game: On Vocal Fry and Sexist Feedback]

When I got my first real job, I was the baby of the office. I wore pantyhose and an ill-fitting skirt suit because I couldn't find one that fit properly in the $10 stores that matched my budget. And yes, the jacket had the widest collar and the biggest pair of shoulder pads this side of the northeast. Office life was different then. I used carbon paper in triplicate and quadruplicate on a typewriter that weighed more than I did. We had very few computers. Remember “DOS”? If you were one of the extremely fortunate ones to have an Apple computer, you had to be wealthy. Apples back then were HUGE – and I mean in size. All of the secretaries knew shorthand and were expected to fetch coffee. But, even with those now antiquated traditions, I felt respected and valued, never belittled, humiliated or treated with contempt.

Before I got the “suit” job, I worked part time at several places as a teenager, including Sears, Roebuck & Company. My boss was probably overworked, underpaid and answered to someone in an airy, windowed office, not in the environment where we were clustered. I was part of a team placing phone calls to Sears customers enticing them to purchase service contracts. We placed an obscene amount of calls since we were under pressure to meet sales goals. The boss was demanding but fair. I do not recall feeling disrespected. An interesting tidbit: It was during this period that Geraldine Ferraro became the first female vice presidential candidate of the United States. No matter what side of the political fence you were on, that was real “girl power” long before the Spice Girls.

Many years have passed, but sometimes you have to wonder if we have stepped back in time based on the display of bold, discourteous behavior. I have witnessed behaviors against others and heard from women and men about their own ‘say what?!’ moments. Sometimes, you grin and bear it. Sometimes it becomes necessary to defend yourself. Protect your integrity. Call people out on their ‘ish’ and let the chips fall where they may.

"One should treat others as one would like others to treat oneself."

[Related: Does a Woman Have to Dress Down to Move Up in her Career?]

Marketing professional with business development and communications expertise. Current role: Business Development and Marketing Director at a mid-sized, full service law firm in New York City. Over 15 years in professional services marketing (legal sector). Former member and member of the board of directors (serving two 2-year terms) of the Metropolitan New York Chapter of the Legal Marketing Association (LMA), then the largest chapter in the United States with over 500 members. Got the "marketing... Continue Reading

Meet experts like Stacy to talk about how to use these ideas in your career:
I'm Ready to Meet the Community