7 Things Every Woman Needs to Know About "Other Women" 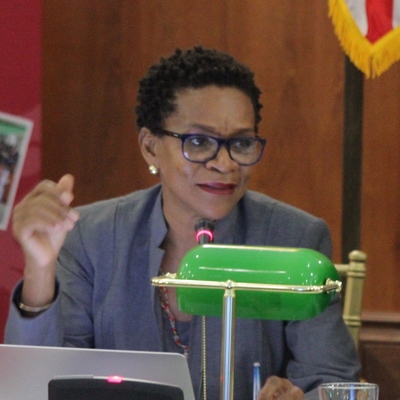 Some important facts about a vital and natural bond that too often gets needlessly broken:

Women are nearly five times more likely to show an automatic preference for their own gender than men are to show such favoritism for other men, according to a study in the October issue of the Journal of Personality and Social Psychology (Vol. 87, No. 4). In the study, conducted by psychologists Laurie A. Rudman, PhD, of Rutgers, and Stephanie A. Goodwin, PhD, of Purdue University, both male and female participants associated the positive words--such as good, happy and sunshine--more often with women than with men, Rudman says.

2. Other women want to be friends with you.

Other women know that, as Anna Breslaw writes in Cosmopolitan magazine, “that whole "supporting each other and sticking up for your own kind" thing — you know, just being a cool, girl-friendly girl on a basic level — is awesome. Getting a tight-knit group of female friends is the smartest thing I've ever done in my adult life,” she writes, “and I'd be lost without them.” In a group of girls, you don't feel the social element of "tokenism" and you don't have to whip out the artifice and posturing that many women feel they need around men.

Female friends are also essential if you have a weird/dark sense of humor about being a girl. The hilarious woes of being female are not a laugh riot to men.

3. Other women are not envious of you.

Lynn Margolies, PhD at PscychCentral.com writes that she finds it “curious” the notion that women seem to have a reputation for being “catty” and competitive with other women, especially since women are actually less competitive than men out in the world and less comfortable being competitive.

Women learn that they are not supposed to be competitive and win at the expense of others, so their natural competitive spirit cannot be shared openly, happily, or even jokingly with other women. Often, then, what could have been healthy competition becomes a secret feeling of envy and desire for the other woman to fail – laced with guilt and shame.

Thus, concludes, Margolies, often, what looks like hostile competition between women may instead be women masking feelings of insecurity, fear of success, and healthy aggression.

4. Other women want to help you.

We’re all now familiar with the world-famous Madeline Albright ruling, “There’s a special place in hell for women who don’t help other women.” The truth is that, "You see a lot of companies where the women who are making it are doing everything they can to help the other women," says Christine Silva, the lead researcher on the study research, conducted by Catalyst, a non-profit organization that focuses on expanding opportunities for women in the workplace.

Gail Evans, professor of organizational behavior and author of "Play Like a Man, Win Like a Woman," echoed Silva’s sentiments. The research found that most women are not in fact looking at their female subordinates as competition to be cut down. Rather, they view less experienced female coworkers as potential talent and are actually more likely than men to develop that talent through informal or formal mentorship.

The Catalyst research also refutes the oft-repeated “queen bee” myth, that says that women don’t help other women. In fact, women sponsor women at a greater rate than men do (70% compared to 30%). CJ Scarlet is a business owner who has found the support of women to be invaluable. "I worked in predominately male environments in my early career (the U.S. Forest Service as a fire-fighter and the US Marines as a photojournalist) and during my years as a professional business woman, I have found women to be much more willing to share ideas, business information, tips for success, and opportunities."

5. Other women can help you make lots of money.

The Wall Street Journal recently issued a report on funds that choose to tie their fates to the performance of companies led by women. Barclays’ Women in Leadership Total Return Index, which consists of American companies with a female CEO or whose proportion of female board members is at least 25 percent, is one of a number of new funds that aims to capitalize on the finding that companies with female leaders tend to outperform those where women are relatively absent. The female-favoring trend the Journal identified stems from research suggesting that companies run by women simply do better.

A 2011 report from Catalyst, a nonprofit promoting women in business, found that over the course of five years, companies with women on their boards had average returns on equity of 15.3 percent, while those of companies without any female board members were 10.5 percent.

But the benefits of investing in female-led financial endeavors go even further than the Journal has it: Hedge funds run by women tend to outperform other hedge funds.

A report put out in early 2013 by the accounting firm Rothstein Kass indicated that between January 2012 and September 2012, an index of 67 hedge funds owned or managed by women had a return of 8.95 percent—significantly more than the 2.69 percent return generated by an index “designed to be representative of the overall composition of the hedge fund universe.”

6. Other women are good for your health.

A landmark UCLA study suggests friendships between women are special. Scientists now suspect that hanging out with our friends can actually counteract the kind of stomach-quivering stress most of us experience on a daily basis. The study suggests that women respond to stress with a cascade of brain chemicals that cause us to make and maintain friendships with other women.

It's a stunning find that has turned five decades of stress research---most of it on men---upside down.

Until this study was published, scientists generally believed that when people experience stress, they trigger a hormonal cascade that revs the body to either stand and fight or flee as fast as possible, explains Laura Cousin Klein, Ph.D., now an Assistant Professor of Biobehavioral Health at Penn State University and one of the study's authors. It's an ancient survival mechanism left over from the time we were chased across the planet by saber-toothed tigers.

Now the researchers suspect that women have a larger behavioral repertoire than just fight or flight. In fact, says Dr. Klein, it seems that when the hormone oxytocin is release as part of the stress responses in a woman, it buffers the fight or flight response and encourages her to tend children and gather with other women instead. When she actually engages in this tending or befriending, studies suggest that more oxytocin is released, which further counters stress and produces a calming effect.

It may take some time for new studies to reveal all the ways that oxytocin encourages us to care for children and hang out with other women, but the "tend and befriend" notion developed by Drs. Klein and Taylor may explain why women consistently outlive men.

“Every time we get overly busy with work and family, the first thing we do is let go of friendships with other women,” explains Dr. Ruthellen Josselson, co-author of Best Friends: The Pleasures and Perils of Girls' and Women's Friendships. “We push them right to the back burner. That's really a mistake because women are such a source of strength to each other. We nurture one another. And we need to have unpressured space in which we can do the special kind of talk that women do when they're with other women. It's a very healing experience.”

It is something all women should be aware of and NOT put our female friends on the back burners, adds author, Gale Berkowitz.

8. There really is no such thing as “other women."

Seriously. For real! Verdad! Ja! We might express ourselves differently, we might have hugely different talents and preferences, we all certainly do look very different and speak any number of different languages, but, “Women are women, all over the world. Everywhere they face the same challenges”, said the participants of the Gender Mainstreaming and Female Leadership course during the concluding session of a conference at The Hague Academy in The Netherlands.

The women came from all over the globe - Afghanistan, Palestine Territories, Kosovo, Bhutan, Philippines, Zimbabwe, Egypt, South-Africa, Cambodia and Pakistan, Europe, the USA, South America, and so on.

As noted in a recent article at Jezebel.com, “If you’re one of those women who say, “I’m mostly friends with guys,” and act like you're proud of that, like that makes you closer to being a man or something, and less of a woman as if a woman is a bad thing …” consider these clear, unequivocal benefits, Woman, and reconsider your position.

My grandmother taught me, “We women have to look after one another all the time because all of us women do the same work, no matter who we are or where we live.”

Let's all take the advice of Jezebel.com and, “Don't tear other women down because even if they're not your friends, they are other women and well, this is just important.”

Encouraging, supporting and coaching women into political office - especially elected, political office - is the focus of this phase of my work...because the world needs women’s input and guidance in the top decision- and policy-making positions in every country in the world. I have spent many years working as an activist for women's equality and empowerment and, in particular, for the eradication of all forms of violence against women and girls. This work has led... Continue Reading

Meet experts like Shirley to talk about how to use these ideas in your career:
I'm Ready to Meet the Community