Managing Your Emotions after Maternity Leave 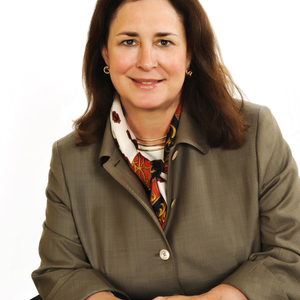 When you're a new mother, it feels like everyone wants a piece of you- literally, figuratively, and emotionally. Add physiological changes, a lack of sleep, and hormonal fluctuations into that mix and it's easy to understand why returning to work after maternity leave can be one of the most fraught, challenging, and stressful times in a woman's life. A woman may want to lean in, but her sense of equilibrium might be so off kilter that she's not sure which direction she's leaning in, or whether she's leaning at all - or just trying to find her footing on what she's no longer sure is a level playing field.

After Lisa, a senior member of a consulting firm, returned to work, she had to face both her own cocktail of powerful emotions and complex organizational politics. While most women don't face every situation she experienced, many do confront at least a few of them. And Lisa's reaction - ultimately, to say nothing - is all too common.

She had been the "golden child" at her organization, working in close proximity with her boss on several key initiatives. Preparing for her maternity leave, her boss had arranged for a new employee, technically Lisa's peer, to temporarily handle her work. However, Lisa returned to find that the new staff member had completely taken over the department and ingratiated herself with their boss. She acted like Lisa's superior instead of her peer. Lisa watched in anger as she methodically encroached on others' jobs in the organization, took undeserved credit for others' work, and systematically expanded her responsibilities and power base.

At the same time, a male coworker, even though he was her junior, hazed Lisa for a year, continually teasing her about all the work done he'd on her behalf, and asking questions about her work commitment.

Normally unflappable in the face of such behavior, she now found herself doubting her own reactions. She began to wonder if she was being oversensitive due to her own feelings of being beleaguered on all sides, tired all the time, and feeling like a failure compared to her pre-baby, well-rested self. Though filled with anger, she did not confront either her rival or her gadfly, or discuss the situation with her boss-and when a competitive offer from another company arose, she seized it and left. It was a decision she ultimately came to regret: her boss was blindsided and shocked at her departure, and several months after Lisa left her position, her nemesis was fired.

In my work as an executive coach, I have found that successful women often keep their struggles private in difficult re-entry situations. This may be because they don't want others to view them as weak; because they don't feel like they have a confidant they can trust (their mother-friends may judge them, while other colleagues may take advantage of them); or it may simply be that they don't want to open a Pandora's Box of emotional pain by talking about it. The result is often self-doubt and compartmentalizing-one woman told me that she cried for months on the way to and from work, then stoically focused during the work day. In a short-term crisis, compartmentalizing can be fine, perhaps even healthy. But motherhood is neither short-term, nor a crisis, so we need some more effective approaches:

1. Be well informed about typical post-partum emotions so you don't feel that your reactions are abnormal or that there is something defective or inadequate about you. Try to be open to your feelings and to experience their full range, which will make you less likely to fixate on any given issue or challenge, such as a workplace rival.

2. Figure out what you want independent of what is happening at any given moment in your workplace. If you make the decision to work full-time, it should be because that's what you've decided to do, not because you feel you need to compete with a particular peer for your boss's favor or for key assignments or responsibilities. Similarly, if you decide to leave that job (or the workforce) it should be because that's what you want long-term, not because your current situation feels untenable.

3. Get the support and kindness you need, whether that be from a few trusted friends, internal or external advocates or mentors, or a counselor. In particular, women who have already been through it will be glad to share their stories, lessons learned, and to dispense advice based on their own experiences. Many women are surprised by the support and validation they get when they signal openness to it. Also, try your best to not isolate yourself from friends and others who care about you and your wellbeing. Your time with them, no matter how limited, can be healthy and restorative.

4. Find even small ways to build your executive stamina through fitness, meditation, nutrition, hydration, and getting as much sleep and sunlight as you can. Take breaks when possible at home and at work to restore your energy and recharge your batteries. This may mean hiring a sitter just so you can go upstairs and take a nap; that's OK. It may mean requesting more of your partner, family or community; that's also OK.

[Related: Why I'm Not Upset about "Meternity"]

5. Prepare in advance for difficult conversations, whether with your boss or with a workplace rival. Maintain your composure and professionalism, and plan to use positive, solution-seeking language that doesn't imply criticism or appear accusatory. That's a best practice almost all of the time, but it is even more important if you're in a workplace where colleagues are using your leave as an excuse to undermine you; losing your cool will only give them more ammunition.

Regaining your energy through these healthy methods will mean you will have less need to draw upon stress as its own energy source. While stress can be an energizing motivator in the short term, the long-term effects are dangerous. Don't try to sprint the marathon. But also don't worry or beat yourself up too much if you do lose your balance from time to time. Every new mother does, whether or not she is trying to balance family and career goals. I realize it's easier said than done, but if it feels like no one in the world is cutting you any slack, at least try to cut yourself some slack.

This article was originally posted on Harvard Business Review.

Hilary Pearl, a Harvard Business School graduate and former Pepsi executive, is an executive coach and a principal at Dattner Consulting, LLC in New York City.

Meet experts like Hilary to talk about how to use these ideas in your career:
I'm Ready to Meet the Community