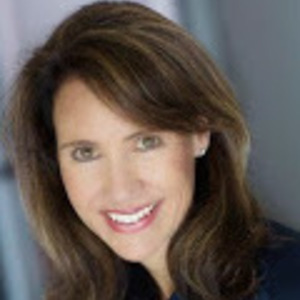 I read an article recently about a highly respected celebrity who helps her children with homework, but tells them that she can't help them with math. She offers to help with anything else, but, she says, she just can't do math.

This woman probably doesn't realize that she may be condemning her daughters to lives of insecurity in a field that has become increasingly important for success. But I don't know if I actually believe she has an inherent disability in math. I suspect she just has an attitude problem. Women tend to believe they aren't as capable in analytical subjects because conventional stereotypes tell them they aren't. Adding fuel to the fire is a mother's (often misperceived) declaration that she can't do math or can't help with math. My own mother often joked about her inability to give math help yet became a tax preparer late in life after finding herself correcting various CPAs' work.

Studies document that fewer mothers than fathers assist their children in mathematics homework, generally because these mothers have low self-esteem with regard to the subject. As a group, mothers also tend to have lower expectations for their daughters than their sons in math, further causing reduced ambition and confidence among the girls. Mothers are not all to blame. Father’s gender perceptions are especially strong predictors of children’s interest in math. The more biased a father is regarding traditional gender stereotypes, the less likely his daughter is to take an interest in the subject and the more likely his son will.

So fathers and mothers need to make a concerted effort to shed their biases. But what is a mother who doesn't feel prepared to help her children with math to do? First, she should realize that it's the rare man or woman who can factor a quadratic equation 25 years after they took high school algebra. How does the man respond to his child seeking help? Most likely not by saying he was never good in math. Maybe he says it’s been a while since he tackled a problem like that or that math has changed since he was in high school. Like fathers, mothers don’t have to tell their children they don’t get math. They can be helpful by assisting their children in getting help online. There is an array of free high quality learning websites available including video instruction websites and forum-based websites with live volunteers. Even if the instruction still looks Greek to the mother, just giving support as her child works through the problem and never admitting to any personal deficiency in the subject will give daughters more math confidence and sons a more accurate view of the ability of women in the world of mathematics. It will also encourage both daughters and sons to learn and build confidence in an often feared subject, which itself is an accomplishment.

America has made strides with reducing gender stereotypes and opening the path for more women to enter science, technology, engineering and math careers.Schools, businesses, and clubs are all responding to help women become a bigger part of the analytical-based job and education community. But sons and daughters perceptions are still developed at home. Mothers and fathers must be gender neutral in their approach to education and mothers need to realize that they are role models for their daughters and reflections of women’s capabilities to their sons. Thoughtful mothers today have learned not to openly denigrate their own body to avoid creating daughters with low self-images. These mothers need to realize that their brains are just one more body part. All of it is beautiful.

Terri Tierney Clark is the author of Learn, Work, Lead- Things Your Mentor Won’t Tell You.

Terri Tierney Clark, a graduate of Smith College and Dartmouth College's Tuck School of Business, has over 20 years of business experience in senior positions at Merrill Lynch and other firms. Terri was among the first female managing directors in investment banking on Wall Street and was elected to Merrill Lynch's first women's steering committee. Working extensively with young women in investment banking and other fields, Terri realized that today, women seem to be Leaning In,... Continue Reading

Meet experts like Terri Tierney to talk about how to use these ideas in your career:
I'm Ready to Meet the Community