What I Learned from Angela Merkel and Other Powerful Women 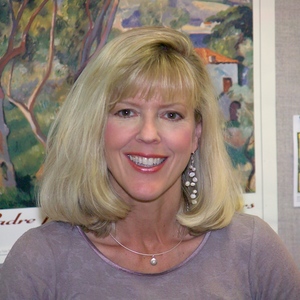 Like so many of us today, I find myself longing for wise elders and wise peers, women I can rely on for spiritual and practical inspiration.

Recently I came across the latest Forbes' 100 Most Powerful Women. The Forbes bios don't dig deep, so I did--and in the process of my research, I uncovered anecdotes about Angela Merkel's surprising wicked wit.

That led me to wonder what more I could learn from these 100 Most Powerful Women if only I dug through the surface spins to their real stories.

Here's a sampling of inspiration I found.

What I learned from Angela Merkel: Zing them with your wit

Angela Merkel is considered by Forbes to be The Most Powerful Woman in the World. Since 2005 she has served as Chancellor of Germany, the first woman in that elected position, and is considered the backbone of the European Union.

I found very little on the record of Merkel's personality in either her public or private roles. As Chancellor, she isn't flashy. According to The Independent, "Her political speeches are uninspired, some would say crushingly boring. They are usually delivered with a deadpan expression in a near-monotone."

She also eschews the trappings of power and lives a simple, quiet life with her second husband, a reclusive chemistry professor (Merkel herself has a doctorate in physical chemistry). "She is modest. She does her own shopping at supermarkets. She lives in the apartment in central Berlin that she occupied before becoming chancellor," says the Christian Science Monitor.

I kept digging -- and was delighted to discover Angela Merkel has a wicked sense of humor. I applaud her surprising, unapologetic, quicksilver wit -- because when it comes to edgy one-liners, I either bite my tongue for fear of getting myself in trouble, or I blurt them out, then tremble with apologies for fear of offending some delicate genius or another.

A sampling of Merkel's humor:
She's known to mimic the leaders she deals with, from former US President George W. Bush to Russian President Vladimir Putin. When she was once asked to say what Germany, her homeland, evoked in her - clearly a journalistic query to elicit a rare sound bite - she answered, deadpan, "I think of well-sealed German windows." (from the Christian Science Monitor)

Mr. Nowak says that he was once asked to moderate a meeting among bankers, industrialists, and (Chancellor Merkel's) advisers. He was struck, he says, that her aides didn't participate during the debate. Afterward he thanked the attendees and told Merkel that, when he was a presidential adviser, he talked often during meetings. 'That's why your party is no longer in power,' she quipped." (from the Christian Science Monitor)

According to The Independent, Merkel "let this slip when she appeared in the Chancellor's office to see the unveiling of a portrait of Gerhard Schröder, her predecessor and erstwhile enemy: "I knew I'd see the day on which Schröder was strung up."

What I learned from Dilma Rousseff: Do the crime, do the time, endure, and transform yourself

Dilma Rousseff, 66, is president of Brazil, "the world's seventh-largest national economy with a GDP of nearly $2.4 trillion" according to Forbes and the host country to this year's World Cup and the Olympic Games in 2016. Last fall she famously cancelled a state visit with the U.S. after learning (thanks to Edward Snowden) that the NSA was intercepting her emails.

The daughter of a Bulgarian communist exile, Rousseff earned a Bachelor of Arts in economics. She served as Brazil's Secretary of the Treasury and Secretary of Energy before accepting the job of chief of staff for President Lula da Silva, whom she succeeded.

That resume doesn't mention her most extraordinary qualification: at age 19 Rousseff left home and became a political radical fighting the military government with car bombs and bank robberies; after her arrest at age 22, military officials tortured her with electric shocks before sending her to prison for three years; when she was released in 1972, she was physically--but not spiritually--broken.

Dilma Rousseff's journey from ex-con to president of Brazil started there.

Forbes says that Rousseff doesn't "marvel much at her improbable journey from prisoner to president. For her time and country, she says, it's typical, 'the 1968 generation.'"

So, not only did she oppose the all-powerful, do the unthinkable, and survive the unsurvivable--she simply shrugs it all off as a Sixties thing. No big deal to get tortured by the military and reinvent yourself.

What I learned from Melinda Gates: Always ask to hear a person's "when we first fell in love" stories

Melinda Gates' presence and power are staggering. She "has cemented her dominance in philanthropy and global development to the tune of $3.4 billion in giving in 2012 (most recent data available) and more than $26 billion in grant commitments since she founded the Bill & Melinda Gates Foundation with her husband in 1998" reports Forbes in a profile.

I've read and heard many interviews with Melinda Gates, am always inspired, admiring, and a bit overwhelmed by her combined superpowers of brilliance, compassion, international philanthropic dominance, personal fitness (she runs marathons and climbs mountains), marriage, and motherhood.

My feeling of overwhelm made it hard for me to relate to Gates on a human level--to connect with her instead of feeling so distant (and secretly inferior).

I wanted to break through that barrier--and knew if I could, my heart and mind would both benefit. I would better understand her sense of purpose and be better energized for my own.

Eventually I uncovered a rare video of Melinda Gates sharing a personal anecdote:
"So just to take you back a little bit in time when Bill and I were first dating, which was very briefly after I was at Microsoft in 1987,we were in that getting to know one another phase, right, and so when you're getting to know one another phase, you're trying a lot of new things together and I was at the store late one night, I think it was at a drug store picking up some stuff and I happened to go by the aisle where there are puzzles. And I thought 'hey, this is something my family has always enjoyed doing which are puzzles. Maybe - I don't really know if Bill likes puzzles, but I will take one home and see what he thinks, right?'"

And with that story, Melinda Gates morphed in my mind from rather intimidating to refreshingly real--a wonderful quality in a wise peer.

I lead a staff of writers at American Greetings and co-manage the Writing Studio.

As a Project Learn board member, I led the effort to bring the renowned nonprofit StoryCorps to Cleveland to record interviews with founders, staff, students, and tutors. The interviews are permanently housed at the Library of Congress. I also lead story-sharing sessions with Peace Through Fiction.

My Master of... Continue Reading

Meet experts like Nicole Eva to talk about how to use these ideas in your career:
I'm Ready to Meet the Community