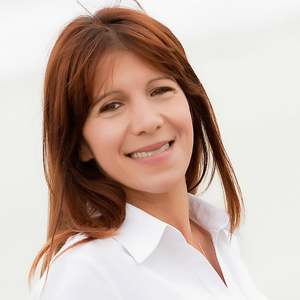 On September 21, U.N. Women Goodwill Ambassador Emma Watson delivered a moving speech calling men and women to action against gender inequality. She discussed the epidemic of women choosing not to identify as feminists, clarified the problem with feminism’s association with “man-hating,” and drew attention to gender equality for men as well as women.

Watson’s speech really resonated me because I’ve experienced gender inequality firsthand. Growing up in Turkey with dreams of becoming an entrepreneur, my gender always came up. Phrases like “You’re a girl — you shouldn’t be doing this” and “This is a man’s job” are familiar to my ears.

Growing my own business became possible when I moved to America, but just because gender inequality looks a little different here doesn’t mean it doesn’t exist.

Unfortunately, many leaders still see gender inequality as a foreign problem. When your team is working together and presenting a united front — both men and women — it’s easy to forget that men still dominate leadership positions and women still earn less than men.

And with “feminism” becoming a taboo word, knowing how to actively fight inequality is hard. Luckily, Watson’s speech provided a clear checklist:

Men and women must work together. The HeForShe campaign stresses the importance of presenting a united front in the fight against inequality.

As Watson pointed out, many men also fall victim to gender inequality. Some suffer from mental illness but never seek help for fear it will make them seem less “macho.” Others find their roles as fathers diminished by society or are held back by gender stereotypes in other ways. Men should care about this cause, too.

We must recognize what real feminism is.By clarifying that feminism actually means “the belief that men and women should have equal rights and opportunities,” Watson challenged us to stop letting the F-word hold us back.

We must start now. Near the end of her speech, Watson added, “You might think, ‘Who is this Harry Potter girl? What is she doing at the U.N.?’” After quite a few laughs, Watson said she told herself, “If not me, who? If not now, when?” This was the same call to action she gave the audience — feminists and inadvertent feminists alike.

Watson’s points struck a chord with a lot of women and men, but it isn’t enough to just believe in gender equality. You must act.

Raise awareness. Emma Watson’s speech has made waves already, and you can do the same in your workplace. Start by acknowledging the problem, pledging your support, and educating your employees about the effects gender stereotypes have on women and men to help your employees understand the issues and begin making strides toward equality.

Mentor. As a business leader, you’re in a good position to offer guidance to a group of men and women who might not know how to start addressing inequality in their own environment. By educating yourself, leading by example, and supporting younger colleagues in their careers, you can be the Emma Watson of your office and help nurture a new generation of leaders.

Emma Watson’s speech was incredibly inspirational, but a U.N. pep talk isn’t enough to end gender inequality. As a leader, you must take action to keep the conversation going and create real change in the workplace.

This is everyone’s issue, and you need to take an active role. If you don’t feel ready, ask yourself: “If not me, who? If not now, when?”

Originally from Turkey, Zeynep Ilgaz and her husband co-founded Confirm Biosciences and TestCountry, where Ilgaz serves as president.

Originally from Turkey, Zeynep Ilgaz (http://ideamensch.com/zeynep-ilgaz/) and her husband immigrated to the United States with two suitcases, their love for each other, and a desire for entrepreneurship. They co-founded Confirm BioSciences (http://www.confirmbiosciences.com/) and TestCountry (http://www.testcountry.com/) in San Diego, and Ilgaz serves as president of both. Confirm BioSciences offers service-oriented testing technologies for drugs of abuse and health. Continue Reading

Meet experts like Zeynep to talk about how to use these ideas in your career:
I'm Ready to Meet the Community