Taking The Sting Out Of Queen Bees 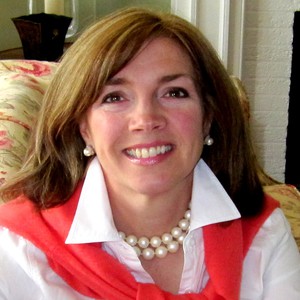 Former Secretary of State Madeleine Albright famously said, "There is a special place in hell for women who don't help each other."

Women have come a long way in holding organizational leadership positions, but one of the things we can improve on is how we treat one another. Some women unfortunately subscribe to the notion that to move up the ladder for the smaller number of jobs at the top they have to push everyone else off.

They sabotage and undermine other women by withholding or limiting access, information and assignments.Their possible competitors are subtly tormented in public meetings. Victims have their self-confidence eroded or their professional standing undermined.

In a 1974 report, University of Michigan researchers Carol Tavris, Graham Staines and Toby Jayaratne gave a name to this behavior: “Queen Bee Syndrome.”

Forty years on, Queen Bees are alive and well. A recent Ellevate Network poll asked its members if they’d ever been "queen bee'd." More than half the respondents answered yes. A 2010 survey by the Workplace Bullying Institute reported that female bullies directed their hostilities toward other women 80 percent of the time - up 9 percent since 2007. And a 2011 study by the American Management Association found that 95 percent of working women believed they were undermined by another woman at some point in their careers.

Queen Bees bully with verbal harassment or attacks (including spreading rumors) or job sabotage (misappropriating ideas is one of the most common grievances), which seem to be especially effective since women are much less likely to fight back. Girls who could have been in the movie, Bad Girls, can grow up to be really mean women.

[Related: Why You Should Care About "Bro Talk" On Wall Street]

One explanation: Author Peggy Klaus posits the “D.I.Y. Bootstrap Theory,” which says, “If I had to pull myself up by the bootstraps to get ahead with no one to help me, why should I help you? Do it yourself!”

Then there’s what I call the “Woman Scorned Theory,” very common because we tend to have long memories and take things personally when it comes to being slighted or criticized. Whether done intentionally or simply perceived, we all know that, as the eighteenth century playwright William Congreve had it, “Hell hath no fury like a woman scorned.”

And of course no one wants to stand accused of showing favoritism toward other women.

What can we do?

[Related: Lead Like A Girl: How To Empower Women At Every Level]

Susan Dench is the founder and president of The Connectworks Academy, a training, development and advisory firm which uses her trademarked system to help organizations who want to accelerate the advancement of a diversified workforce engage employees through communication and personal connections. She can be reached at sdench@theconnectworks.com or @SusanDench.

Susan Dench is a corporate veteran, a master of the art of conversation and connection and an expert on women in business. In her advisory work, she noticed that many skilled women weren't getting noticed or promoted, and simply didn't know how to self-promote. She founded Success & Co. to address this issue, engaging and developing emerging women leaders within organizations that want to accelerate the advancement of a diverse workforce. Susan incites action, sharing... Continue Reading

Meet experts like Susan to talk about how to use these ideas in your career:
I'm Ready to Meet the Community