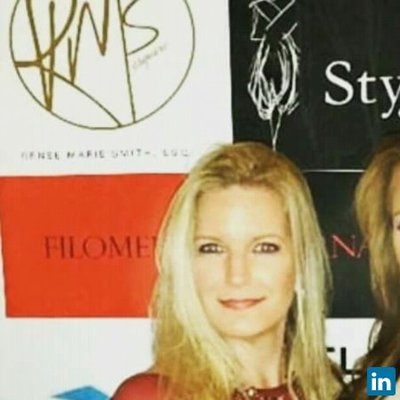 I recently attended a women’s conference that was paneled by some of the most influential women in today’s national policy making including three Congresswomen, Senior Deputy Director at FDIC of the Office of Minority and Women Inclusion (OMWI), the Small Business Administration’s Assistant Administrator for Women Business Ownership (SBA), Executive Director of the National Women’s Business Council (NWBC), and the President of Women Impacting Public Policy (WIPP). The conference panelists encouraged us to assess our now, influence the present as it transitions into tomorrow and inspire the future for fifty percent of the United States population. Women.

So as we seek ways to implement the suggestions on how to operate in the current environment, innovate the agendas that influence today’s women and throw open doors to meeting rooms around the country, what are these Big Three that need to be addressed?

Awareness. The state of being aware. It is a present moment event. Every panel put forward the statement that women need to understand the current environment that influences your business or career. I was shocked when Congresswoman Judy Chu shared during our interview that in 2014 the Federal Government has contracts set aside for veteran owned businesses but not for women owned businesses (WOB). How is it possible that 50% of the population hasn’t been recognized in the Federal contracting system? It is because we weren’t aware, me included. Barbara Kasoff, President of WIPP stated women need to learn that even if Federal contracting isn’t in your front row of business issues it matters as the work trickles down to subcontractors, suppliers and more importantly in mindset. If Congress doesn’t recognize 50% of the population as needing to be part of the Federal billions spent each year, why should private industry?

This lack of awareness raises the first important point for today’s women which was highlighted by the CEO of the National Association of Women in Real Estate Businesses (NAWRB), Desire Patno, “If you don’t know the system you won’t win at it.” Women need to be part of the present conversation if we want to be part of tomorrow’s decisions. Wishing for an equal business playing field is not enough for women in 2014. We need to educate ourselves and be aware of the barriers, systems and policy that reflects outdated mindsets. Congresswoman Linda Sanchez sits on the powerful House Ways and Means Committee. She recounted a “behind the scenes” committee story wherein she was discussing the need for affordable child care in terms of women’s access to better paying jobs. A male committee member commented that is wasn’t an issue as the grandparents could watch the children. Rep Sanchez shared the story not in an “us versus them” tone but highlighting the void of women’s voices in Congress and how the mindsets don’t represent the current environment for women.

[Related: Five Things Small Businesses Can Do To Create A Culture That Benefits Women]

We have busy lives but we can plug into the events around us. It may be an email to your Congress (wo)man to support legislation, a blog about what you see missing or a “like” on a Facebook page for someone who is getting it right. Rep Chu shared that 1200 architects contacting the SBA changed a policy. Just 1200 out of the entire US population influenced the future of the architectural industry. In that context think about the results if 50% of the population just “liked” Rep Chu’s Facebook page in support for her bills coming up for vote to open future doors for WOB. http://chu.house.gov/ or https://www.facebook.com/RepJudyChu

Opportunities. The term opportunities straddles the present and the near future. Amanda Brown, Executive Director of NWBC shared current research impacting WOB. 2014 Lending has become more gender neutral as the evaluation process is based largely on the facts. However women are 40% less likely to ask for a loan when starting a business and equally likely to ask for smaller loan amount than their male counterparts when in the evaluation process. This undercapitalization increases the likelihood of failure for WOB without any negative policy, environment or external influence. This statistic correlates with the percentage of women who fail to negotiate salaries or ask for advancement. It reminded the attendees that without asking for what you want, there can be all the opportunities available but none will become yours. Congresswoman Maxine Waters stated it the best. “Congress can legislate the opportunity but if women won’t use the power given them it is worthless. Women tend to wait when the opportunity is different or difficult instead of using their power. We need to encourage a change in our mindset.”

Access. This is a process which is forward thinking. Panelists gave examples. Rep. Maxine Waters talked about how in 2010 Dodd Frank created OMWI but it wasn’t until 2014 Congressional hearings about the Consumer Financial Protection Bureau’s (CFPB) failure to implement OMWI to raise awareness. Access is not created by the laws but by their implementation. Rep Chu shared that Rep Hilda Solis, after she was confirmed as U.S. Secretary of Labor, opened the door for Rep Chu to step onto the national stage by supporting her run to fill the vacant seat. Access is created by the process of giving a hand to those who follow and accepting the hand from those who lead. Melodee Brooks, Senior Deputy Director of OMWI at the FDIC shared that they have phones and are waiting for our calls. Access is created by taking initiative and input.

No one legislation, one congresswoman, one business woman or one industry diversification is enough but they are building blocks to a future filled with awareness of how valuable every segment of our great nation is, opportunities that are for the ready and access to ideas that were once just dreams. As Michelle Skiljan, the Executive Director of the IECV Women’s Business Centers, ended by saying have Focus: Forward on Course until Success.

Attorney Renee Marie Smith is an 18 year Real Estate industry expert, author of “My Guru’s” book series listed on Amazon.com, 2012 Host of Fox29 TV’s Short Sale Guru Show and her education series is approved in Nevada & Florida for realtors’ continuing credits. Renee has counseled thousands of distressed property owners, agents and advocates throughout the country. She is a guest speaker at conventions, as well as, radio. She is nationally published by numerous magazines & blogs including NAWRB’s “N”, Palm Beach Woman, Women’s Council of Realtors PB quarterly. Mortgage. Orb and Forbes. @mygurupublishes

Meet experts like Renee Marie to talk about how to use these ideas in your career:
I'm Ready to Meet the Community