Why did the ALS Ice Bucket Challenge Go Viral? 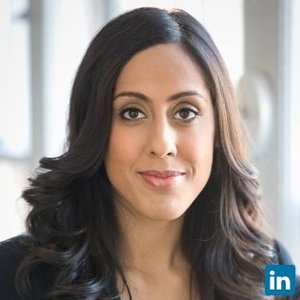 Did you notice the uncanny urge for people to dump buckets of water over themselves the past few months? From YouTube to Facebook, social media outlets were flooded with videos of Ice Bucket Challenges as individuals challenged others to raise awareness for ALS. Nominees were dared to complete the challenge of donating a small amount to ALS research and getting doused with a bucket of ice water. If one was unable to complete the Challenge within 24 hours, the nominee was supposed to donate to the ALS Association. Once completed, the participants uploaded their video to social media, used the #IceBucketChallenge hashtag, then nominated three more people to engage with the challenge.

The Ice Bucket Challenge wasn’t tied to ALS Association until Chris Kennedy, whose relative suffers from the disease, dedicated the challenge to ALS on July 15. Kennedy used the hashtag #StrikeOutALS, which became a signature of the Ice Bucket Challenge and was initially linked to a number of charities as a fundraising platform. Eventually his video reached the news feed of Pete Frates, former Boston College pitcher, who was diagnosed with ALS in March of 2012. Upon hearing about #StrikeOutALS, Frates uploaded his challenge to social media. Then the ALS Ice Bucket Challenge spread like wildfire.

People all throughout the country brought attention to ALS by taking the challenge. The ever-growing support network blossomed from a small group to thousands of communities across America in just a few months. More than three million people participated in this viral fundraising campaign, which raised over $100 million for the ALS Association.

The exposure that the ALS community has received in the past year is the kind of exposure every organization craves. The domino effect is due in part to the ultra-accessible nature of the campaign, and if it worked for the Ice Bucket Challenge, it can work for your idea, too.

The Ice Bucket Challenge was much more than people dumping water on each other because of a dare – it was about charity and awareness, and supporting those who needed it in a fun and exciting way. Participants were mandated to ‘donate’ only if they chose not to do the ice bucket challenge, leading to a counterintuitive way to spread the message and mission. Keep your ideas fresh and stimulating while also staying simple. Dumping water on your head is as easy as it gets, but its effects were profound.

Most Americans have access to water and to social media, which is what made the Ice Bucket Challenge so easy to complete. Despite critics who disregarded the challenge as a waste of time and water, it became a substantial force of positivity for the ALS community. Those who didn’t have the means to donate took part in the effort by completing the challenge and sharing it with their social networks. On Facebook alone, the Ice Bucket Challenge was shared across newsfeeds over 2.4 million times. It linked communities and resources from the East coast to the West, and guess what? It’s possible for your organization to do the same.

For the first time in a long while, ALS caught the limelight thanks to individuals challenging others within their deepest social networks. Many celebrities – from actor Robert Downey Junior to Triple H of WWE – took part in the fun. Dave Grohl of the Foo Fighters created a short film by turning his challenge into a prom queen’s nightmare. Bill Gates created an ice bucket contraption, which resembled a miniature version of the giant bucket dumpers in the kid sections of amusement parks. Even Homer Simpson took the Challenge! Using social media as a gateway to the public eye is inexpensive and it gives individuals the capability to connect with future colleagues and collaborators. Use technology to fuel innovation and exposure.

Extremists like Paul Bissonnette, Charlie Sheen, and Muhammad Quereshi amped up the hype for the Ice Bucket Challenge through peculiar innovation. Bissonette, a professional ice hockey player, used actual glacier water for his challenge, which turned out to be the third most-watched Ice Bucket Challenge on YouTube. Charlie Sheen’s challenge featured him ‘saturating’ himself in $10,000 cash, which he donated to ALS. In the name of science, Quereshi, a chemist, used liquid nitrogen for his challenge. These extremists weren’t afraid to break the rules, and neither should you. Make your plan creative enough to capture the public’s attention.

[Related: Saving for the Greater Good: The Benefits of Charitable Planning]

The Ice Bucket Challenge is a prime example of utilizing social networks in order to spread an idea or concept. What started as a simple notion revolutionized the world of ALS as we know it, and in so doing, it shifted the mindset of how organizations will fundraise and spread ideas in the future. All of this because someone decided to dump water on his head in the name of ALS.

CEO of Cotential, a global innovation firm. Keynote Speaker and Researcher on the Future of Work. Author of upcoming book: Get Big Things Done: The Power of Connectional Intelligence (Macmillan, Feb 2015). Continue Reading

Meet experts like Erica to talk about how to use these ideas in your career:
I'm Ready to Meet the Community