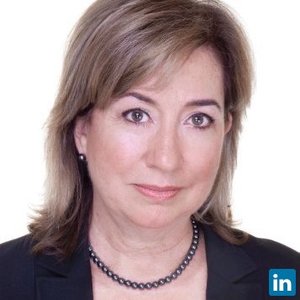 Ellen Pao’s lawsuit against venture capital firm Kleiner Perkins vividly illustrates how CEOs and business leaders are scrutinized online in a way most of us will never be. Every day, the players in this case are the subject of articles, commentary and speculation.

We examine their appearance: Is Ellen Pao smiling in that photograph? Should she be? We read their company emails. (OK: we also privately wonder why they didn’t use an encrypted email service like Wickr, which erases your emails after a day, or Viber or ProtonMail). Have Kleiner Perkins Partner John Doerr’s actions and statements portrayed him as a supporter of diversity? Through website archives and Google searches, these online conversations will forever be part of their professional and personal lives.

For many CEOs, as well as high net worth individuals and philanthropists who give high-profile support to political or social justice issues, every move they take is examined closely on social media. When a CEO is given a raise on top of a multimillion dollar salary, the public evaluates its appropriateness on social media. If the discussion expands to televised programming, it is often an extension of what has been said online. They want to know if the organization he or she heads fairly compensates its employees, has generous benefits or has had mass layoffs recently.

But the scrutiny following a raise or bonus is minor compared to what the players in a high-profile gender discrimination lawsuit experience.

[Related: The Secret to Leading the Life You Want: Strategies from a Wharton Professor]

Whether you are the plaintiff or target of such a legal case, the public will scour the Internet for clues about your credibility. The source, tone and most of all authenticity of that information will shape the public’s perceptions in ways that impact much more than the lawsuit. The information will impact your brand and business relationships, as well as your ability to influence the issues important to you. If you are an executive at a publicly traded company, it will likely impact share value.

Once upon a time it was possible for CEOs to keep a low personal profile outside of their roles in business, philanthropy and politics. That allowed them a reasonable level of privacy. Conventional public relations tools served as a reliable way for CEOs to influence public opinion. Simply by avoiding media interviews they could minimize their visibility. That made them less of a target for competitors and peers and enabled them to focus on doing their job—including building the key relationships that helped them advance.

Many people would prefer to be low-profile online. Today that is almost impossible, at least in the U.S. It is also very difficult to function in any organization without using emails, which are increasingly used in legal disputes.

Hacking and internal leaks of private conversations, emails and documents are just a few examples of common Internet content that often surfaces. The Pao lawsuit, for instance, has brought forward reams of information that those involved had considered private.

Many companies have taken positive steps taken to expand diversity among suppliers and employees. But high numbers of social media users still feel like they aren’t represented in the upper echelons of corporate America. CEO backlash often begins online. (Women are the dominant users of many, if not most, social media platforms.) So if you are a CEO, it is important not to become disconnected from widespread consumer sentiment. The issue at court with the Kleiner Perkins case is whether the firm discriminated against a female employee. Such cases will only grow more common.

To avoid them, make sure your company is viewed as inclusive. Take steps to ensure women are well-represented in your employee base and provide them with senior opportunities. If your company supports social issues through a grant-making program, be sure to include organizations that represent a diverse range of issues.

[Related: How to Manage Your Online Reviews]

Many people think that online reputation management can magically make Internet content disappear. But prominent, factual information on highly ranked Internet platforms can’t be suppressed. The ocean of reportage and commentary about the Ellen Pao case can’t possibly be managed by either party. But both have impressive assets on the Internet that show all parties are competent, highly educated and well-respected.

Prepare for the possibility of being involved in such as lawsuit by instituting a proactive strategy to build a solid, authentic online image that will contribute to how you are perceived by the public – and your shareholders. In the best circumstances, you will only benefit from it in the court of public opinion and not in a courthouse.

Shannon Wilkinson is the Founder & CEO of Reputation Communications. Portions of this article were originally published in Online Reputation Management for CEOs and the C-Suite at the digital magazine, You(Online).

Shannon Wilkinson is the founder and CEO of Reputation Communications, an online reputation management firm serving CEOs, industry leaders, VIPS and their organizations, including clients in the Forbes and Fortune 500 lists. She is an expert commentator for The Wall Street Journal's "Crisis of the Week" column, has contributed to The National Cybersecurity Journal and blogs at You(Online). She tweets at @reputationnews and @shannonnewyork. Continue Reading