3 To-Do’s to Close A Gap That Matters

In a recent post, I laid out why the retirement savings crisis is also a woman’s crisis. Viewed through this lens, the range of solutions to the crisis shift from “pretty much all bad” to ones that can actually drive economic growth. And this insight also recasts the discussions we’re having about the economic engagement of women from “nice-to-do’s” to “smart-to-do’s” and real investments in our economic future.

So what can we each do?

Well, there’s been plenty written about what Boards and senior management can do to drive greater diversity, including by me. And there’s even more what women can do to advocate for themselves; heck, there’s a whole cottage industry about how to ask for a raise.

But what can each of do, individually, on a day-to-day basis, to advance this? I think the answer is threefold:

Invest our time. This includes mentoring and networking with women, sharing information with each other, sharing experiences. Yes, I know: who has any extra time? But I would submit that the return on networking and mentoring are positive – and sometimes quickly positive – because neither are zero-sum games.

For example, networking has been cited as the number one unwritten rule of success in business. As an individual’s connections grow, so too does her knowledge base and, in turn, her business opportunities. By investing time in connecting with others, both sides of the relationship can benefit.

Such is also the case with mentoring. I made a conscious effort a few years ago to mentor more young professional women; I figured I could make a contribution if I only helped a few women avoid just a few of the mistakes that I had made. My surprise was how much I learned from them, and how quickly. And I’m not talking about soft things; I’m talking about topics such as innovation, social media and entrepreneurialism.

Invest some “political capital.” I’ve been giving a great deal of thought to comments from Ellyn Shook, the Chief Human Resources Officer of Accenture, at a recent Ellevate Network event; there she talked about having the “courageous conversation” around gender inequities in the workplace.

Judith Williams certainly initiated a “courageous conversation” at SXSW when she pointed out that Eric Schmidt was repeatedly interrupting the CTO of the United States, Megan Smith, on the subject of gender inequities in tech (of all things). Oh, and Williams runs Google’s Global Diversity and Talent Programs, so Schmidt’s the Chairman of her company. Now that’s a courageous conversation.

A courageous conversation also happens when a professional notes gender inequities in the workplace, such as a woman not being offered a big assignment “because she won’t want to travel now that she has a twins” (which is one I saw). Or it can be pointing out that a women is dinged for being “aggressive,” while a man is celebrated for it; that’s another one I’ve lived. Or it can be the lone board member asking for the gender pay breakdown; I’ve been there too.

Not all of us are comfortable having all of these conversations, of course, nor is everyone in a position to. But having more of them, in the day-to-day-to-day of the workplace, will keep the issue on the front burner.

Invest your money. Women in the US control $5 trillion in investable assets and jointly control another $6 trillion, according to the Center for Talent Innovation. This is in addition to women directing some 80% - 85% of US household purchasing decisions.

What if women directed those investing and spending dollars to companies that align with their values? It could be an avalanche….and certainly bad news for the Carl’s Jr’s and GoDaddy’s.

And it could be great news for companies that “get it” on diversity of all kinds. Vast swathes of research indicate that companies with greater diversity in their leadership ranks post higher returns on capital, greater innovation and lower risk, just to name a few; so investing in more of these companies could be one of the great win-win’s. Capital is directed to companies that are aligned with our values, and investors benefit from their smart moves.

I get it that none of this works if just one of us does it. Or a few of us. But lots of individual actions around this issue – and keeping the issue front-and-center – can begin to have an impact.

This article was originally published on LinkedIn.

Sallie Krawcheck is the Chair of Ellevate Network and Ellevate Asset Management. Ellevate Network (formerly 85 Broads) is a professional woman’s network, operating across industries and around the world. Both businesses are committed to the full economic and financial engagement of women.

Sallie Krawcheck’s mission is to help women reach their financial and professional goals (or, put more bluntly, to get more money into the hands of women), thus enabling them to live better lives and unleashing a positive ripple effect for our families, our communities and our economy. She is the CEO and co-founder of Ellevest, an innovative financial company, by women for women. Ellevest is one of the fastest growing digital investment platforms and has... Continue Reading 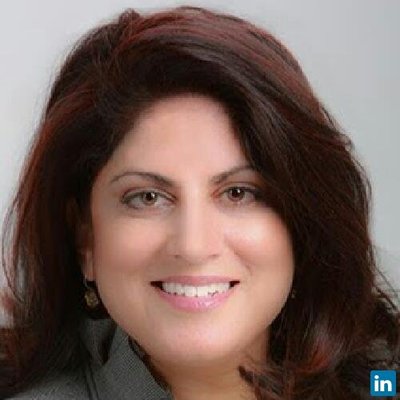 I appreciate that you're choosing to approach the issue of gender equality in business from the perspective of what we can change about our environment. That approach begins to address various types of systemic challenges women in business face, about which we don't talk enough in my opinion. From a tactical perspective, the act of changing the conversation is often times the first step in changing a culture. Granted, we have a big, deeply rooted culture to change, but the more women that do what you, I and surely many other courageous women have done - expend our own political capital to change the game in our worlds, the greater likelihood we have of changing our culture. And now's the time - it is the era of women.