Lessons From My (First) Career Break

This piece originally appeared on Linkedin.

A career break. It’s increasingly common, particularly among professional women. More than half of Ellevate Network members report having taken one. Another 11% plan to at some point.

There are “good” career breaks and “bad” career breaks. Some result in a new career direction or trajectory. Others can cause a stall-out. Some 28% of network members report taking a pay cut of more than 10% after returning from a career break. By some estimates, if the break is more than three years in length, compensation can fall by more than half.

So it makes sense to be strategic about a career break.

I’ve taken three career breaks myself. And I’ve learned some important lessons from each of them.

The first was in my late 20s.  I made the cardinal career-break mistake: I left a job without a clear plan. I did it because I was pregnant and tired. I just didn’t think I could stand another minute of being an investment banker. Home alone with nothing to occupy me, I almost immediately regretted the move and tried to get another job in banking. (Not really sure why I thought someone would hire a hugely pregnant woman, who had impetuously quit her last job...)

But I had no real insight to show for it. Just lists.

Then I had the insight that made that career break the best-spent months of my professional life.

I was standing alone in my kitchen, eating a pear, when it hit me like a ton of bricks: I should be an equity research analyst. I knew it with absolute certainty. It involved analytics (which I love), building Excel models (adore), writing (which I like….sort of) and engaging with smart people (love). And it had a great deal of personal accountability. Oh yes, and some flexibility. Nobody ever rejected a piece of research I wrote because I hadn’t written it at my office desk during business hours.

I won’t take you now through all the rejections I received as I tried to make this career shift. But there were many.

When I finally landed a job, my compensation was cut significantly. So I was one of those bad statistics.

Failure then? My lack of planning means it could have been an absolute career disaster. But it wasn’t because I found my way to a job I LOVED. So I was promoted quickly and my compensation decline was temporary.

Without really articulating it this way, with this career break, I gave myself the gift of time and space to figure things out. I may not have been able to do this if I had kept trudging away at a 24/7 job I hated.

So the lessons: put aside time to reflect at points in your career on what’s working and what isn’t. Recognize fully that leaving a job without a job is a certainly-high-risk-maybe-high-reward way to do this.

Lessons from career breaks 2 and 3 soon.

Sallie Krawcheck is the Chair of Ellevate Network and Ellevate Asset Management. Ellevate Network is a professional woman’s network, operating across industries and around the world. Both businesses are committed to the full economic and financial engagement of women. 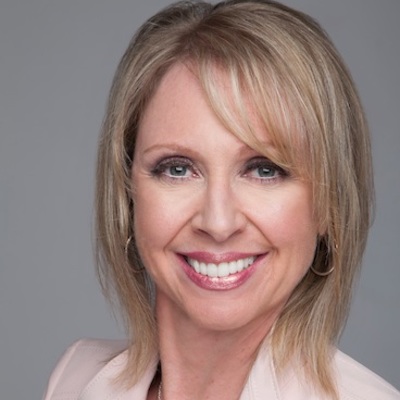 Thank you for sharing Sallie, very interested to hear your lessons from #2 and #3!