The Future Of Female Leaders: How Organizations Must Up Their Investment 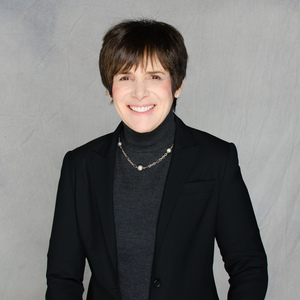 The message of popular media lately that advises women to show up differently in order to gain traction may be misguided. As a leadership coach, I can say that women are just fine. I have never coached for gender nor “women’s” issues.

After over 20 years of executive coaching, when I look at the objectives of my clients, none are gender specific. Instead, they've focused on acquiring skills such as executive presence, the ability to influence, being an effective stakeholder and collaboration.

The fact that women are still facing challenges in the executive ranks as well as representation on boards is not a women’s issue. The more we categorize it as such, the more likely we will isolate women. Creating support groups for women have value as well. They provide validation for similar challenges and create a network to find mentoring, guidance and counsel.

[Related: Women Who Lead: The Power of Diversity in Business--with Sallie Krawcheck]

The task force and thoughtful network that needs to be established is a group of senior executive leaders of both genders. A systematic approach to succession planning where the best candidates are given leadership development and expertise must be implemented.

Organizations spend a substantive amount of time lamenting the dearth of next generation leaders and the lack of qualified successors. It is as if they are saying there is an absence of talent. Could that be so? Could there really be a shortage of talent in most industry sectors? Or is it a question of who must own this dilemma?

Organizations want to and should promote from within. Internal employees understand the culture, can use established currency to achieve business objectives and foster the right kinds of relationships. When organizations need to seek external candidates it is because they need a specialized skill set or background. In other instances, the need to seek outside talent may be a failing of the organization.

The best talent has never been gender specific, yet why are women not equally represented? A critical paradigm shift is required. If the top of the house believes that they are more than a symbol for diversity, then this must be actualized in numbers. Programs and succession planning should be designed to bring out the best in all leaders

Diagnostics play a role in remedying a situation. If women are not being promoted then an organization should retroactively go back and understand why not. There may be some overriding themes.  Perhaps it is because of a shortage of required skills or an unconscious bias based upon the hiring manager or selection committee? Once a pattern emerges leadership programs can be customized to fit specific lines of business.

Selection and calibration committees must also be revamped. Often senior leaders have an unconscious bias and are not put to the task of truly proving statistically why a leader should or shouldn’t be promoted. The goal is to increase your hit rate. It is a failing of the organization if candidates are promoted before they are ready or if candidates are overlooked who have not been given a fair shot.

[Related: The Gender Gap That's Really Hurting Us (and It's Not the One You Think)]

Should a candidate be identified as not ready, they often sit until they are deemed promotable. It’s as if through the passage of time and osmosis that they will then be ready. A specific development plan that both the leader and executive are held accountable for must be implemented. Executives must be incentivized and should be rewarded for their ability to develop successors. A successor should not be defined within narrow terms, such as can they do their boss’s job, but instead if they can contribute even more broadly.

Most organizations want to breed thought disruptors and change agents. In order to stay competitive, this is crucial. Organizations must scrutinize their own methodology used to select, identify, and develop change leaders of both genders.

Cindy Wahler, Ph.D., C.Psych. is a leadership consultant specializing in executive coaching and talent management. She can be contacted at cwahler@cindywahler.com

Meet experts like Cindy to talk about how to use these ideas in your career:
I'm Ready to Meet the Community