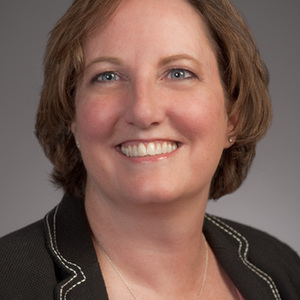 "Reliance on existing salary to set pay could potentially adversely affect a candidate" Beth Cobert, Acting Director of The Office of Personnel Management

Beth Cobert wrote the above quote in a recent memo to federal agencies advising to close the persistent gender pay gap found in the federal government. Traditionally, salary history is a tool to manage payroll. In the days when employers paid bachelors less than married men who were paid less than fathers doing the same job, it made sense. Today, we do not hold this to be an acceptable practice but salary history has held as a best practice to manage payroll.

I argue and have since 2011 that reliance on existing salary absolutely adversely affects candidates who experience gender or racial pay gaps. These gaps are compounded and perpetuated each time a new job uses salary history in part or in total to determine future pay.

Here are five reasons salary history needs to be eliminated from the hiring process to benefit both employers and employees.

1. Tracking Salary History's Impact Echoes the Gender Pay Gap's Impact
It is pretty straightforward to model career income in the U.S. because there is so much data. We know the work tenure norms throughout a typical career (4.6 years) and through each decade of life. We know the starting salary median for 2014 college graduates is $45,478 and the annual pay raise average is projected at 3.1 for 2016. We also know that when you change jobs, one should expect an increase of 10% in pay and greater and that men negotiate job offers more than women.

This information was used to chart the gap between a typical male and female 2014 college grad, assuming the man negotiated his job offers and the woman did not. Alternative increases in pay and career paths are charted as well. High school graduates starting their working careers earning $10 per hour is charted. The effect for a man and woman who held three jobs is charted. The impact when the man only negotiates an increase in his first job and accepts all future offers is charted. When salary history is used to determine future pay, the gap in pay jumps substantially at each new job and at best it stays consistent throughout these two people's career. Not surprisingly the charting of salary history's impact is very similar to the gender pay gap. A relatively small gap of 10% early in a career makes a big jumps to 20% in women's late 30s and 40s. Although negotiation is used as the reason for the difference in this model, there truly are many reasons that could cause the difference including illegal ones. Remove salary history and the pay gap resets, steadies, or disappears at each new job. Truly the use of salary history to determine future pay is a contributing factor to the growth of pay gaps with age. 2. The Use of Salary History Undermines Other Costly Diversity and Equality Efforts
The question of a job applicant's previous pay is a field on most applications. Pay that is too high or too low automatically disqualifies applicants from moving to the to be interviewed file. Since women and people of color have pay gaps, this qualifier becomes an extra hurdle to jump. That's bad enough but it is a costly qualifier when you consider the many diversity efforts employers utilize. Companies like Apple who will spend $50 Million on diversity efforts should not be flushing that money away by disqualifying the very candidates they are having a tough time finding, engaging, and hiring because of this one question. I would be shocked if employers do not find diverse candidates currently in their own databases. Unfortunately, employers often overlook them due to past pay.

3. The Many Subtle Biases Women and People of Color Experience Show in Their Pay
There is no one simple reason women and people of color are paid subpar. Instead there are many subtle and cumulative reasons for the pay gaps. Most employers have no idea they are acting differently from one candidate or employee to another. That is unconscious bias and it comes in many shapes and sizes.

Studies repeatedly show that identical resumes with various candidates' names are ranked differently. The names that are female or considered ethnic are not viewed as accomplished as male WASPy sounding names. Job descriptions are written in hopes of finding the perfect unicorn to which men apply when they are approximately 60% appropriate while women tend to wait until they are a 100% fit. This means never. Women who do negotiate their pay will be lied to more than men making it harder to get the same pay. Performance reviews include negative personality references for women more than men. Such death by a thousand cuts throughout employment results in cuts in pay to women and people of color.

Just as there is no one reason pay gaps exist there is no one cure to correct them. As much emphasis is put on workshops to minimize and eliminate unconscious bias less focus is on process. Eliminating salary history is one step to level the playing field for all candidates whether the hiring manager or recruiter attended such workshops. Other process changes would be helpful as well to address the issues above.... a topic for another time.

4. There is No Means to Ensure Previous Employers Paid Appropriately or Legally
Talk to any employer and they will tell you that they pay equally. I agree that they do their best. Unfortunately, the data does not support them. The U.S. Census Bureau reports only 9 jobs of 557 in which women earn the same or more than men. Such lopsided results could not occur if every employer who believes they are paying equally truly is paying equally. Also, there is the problem of some employers who do not try to pay equally. Regardless of the reason, based on the data, employers are better served adopting the assumption that various groups are paid differently.

5. The Job Market is Like the Housing Market
Just like housing markets jobs become hot and then not. A low supply of capable or interested employees pushes up the price. Drone pilots can earn $100,000 currently but wait a few years and pay will settle much lower. Digital marketers who worked in the early 2000s probably remember a similar process as their industry matured. Lawyers' pay goes in cycle as law school admissions go up and down in a continuous dance of cause and effect. Or perhaps your job is just in the right industry (similar to location) like finance, which seems to pay well no matter what is happening.

The pay someone had has little to do with the current market. 1%, 2%, or 3% pay raises received do not keep up with changes in the market. Pay history may show a person to be subpar while s/he really is a person who took a lower paying job to have a job during a recession. Does it make sense for your organization to pass on such a candidate? Or pass on a candidate paid more in a different industry?

The federal government's lessening its reliance of existing pay is a great step forward. Two states, California and Massachusetts, currently have legislation that would eliminate the use of previous pay in hiring.  The California Assembly has passed its bill and it awaits signature of the Governor. The passage of either or both into law will be additional progress. Yet, like Beth Cobert, you can act at anytime to drop previous pay from your hiring process. It will benefit your organization as a whole and your employees individually.