You Don't Need A Career Change, You Just Need To Pivot

For Ellevate Network member Reshma Saujani, the a-ha! moment came when she was running for Congress in 2010 and she was visiting New York City public schools. She noticed a stark difference in the ways that boys and girls were approaching technology education. It occurred to her that as the tech sector grew and our economy changed, an entire population -- girls! -- could lose out.

She decided to do something about it. After losing the Congressional race she decided to devote the next chapter of her career to closing the gender gap in technology. And so, Girls Who Code, a program that teaches tech skills to girls, was born in 2011.

“The biggest cynic was, quite possibly, me,” she said. “After losing a very public race, I was terrified of failing. I felt like I let so many people down. But I stayed focused.”

You’re not in a career slump. You just need to pivot.

It tends to hit around 10 or 15 year mark in your career. You’ve been working in the same job or the same field for years -- and then all of a sudden -- you know it’s time for change.

But what is that change? After investing so much time into one industry or type of role, starting over can seem daunting. But pivoting is not the same as an all-out career change. Pivoting involves taking the skills you’ve mastered over years -- be it in public relations, marketing, even law or finance -- and applying them to another area. The concept is simple, but the logistics of change can seem daunting. Where to start? Who do you talk to? Will people think you’re crazy?

Reshma said that when these feelings hit, you absolutely must listen to them. She’s made several career pivots in her life. She started out in law, moved over to politics and is now an entrepreneur.

“I’ve learned to listen when something feels off,” she said, “As much as I learned during my time in the private sector, I wish I had taken the leap and pursued my dream of public service full time sooner.”

Mid-career evaluations are normal. And healthy.

Ellevate Member Manon Defelice runs Inkwell, a company that matches women with project based and flex time positions. She likes to remind people that the job that you start out in right after school isn’t necessarily the job that you should have for the rest of your life. And yet, so many people stay on one track for years, perhaps out of some sort of mental obligation. I spent all those years in law school! How can I give up my amazing salary and perks?

“If you don’t re-evaluate at five years, it will hit you at the 10 or 15 year mark, right when dropping out and staying home seems like an amazing idea,” Manon said.

For Ellevate Member Vanessa Chan, she started to re-evaluate her career when she was about 40 years old. She had a long career in materials science and engineering and worked for McKinsey. She realized that her creativity was being expressed outside of work via everything from knitting to designing elaborate birthday cakes for her kids. Eventually, she started a company called re:design studio, whose first product is loopit: ear buds that look like a necklace and that are worn around your neck.

When she got the idea for the loopit ear buds, she said she didn’t have experience in bringing consumer products to market, but she had led innovation at McKinsey and was an excellent problem solver. The skills she learned in her corporate career helped her when she had to build prototypes and organize a Kickstarter campaign.

We’re all living much longer than previous generations and we have more than one career in us.

Manon said that a good exercise to try is to think about what you liked to do in high school. Back then, you didn’t have to earn a living, and so you kept yourself busy with things you genuinely liked. What was your high school resume like? When you’re at a crossroads in your career, it’s good to look back at things that made you genuinely happy and see if they can be worked into your life now.

Manon recommends taking a position with a pay cut and flex time in an area you love and then building from there. She works with a lot of startups who need top talent but don’t have a lot of cash, or sometimes even the space, for another body. In exchange for flex time, a lot of her clients are happy to work out arrangements where they work from home a few days a week for less money.

Manon said that it’s not just mothers who want flextime. Millennials are asking for it. So are people who want to take time off to write a book or have more time to travel. And with technology, there’s no reason not to consider it.

If a pay cut isn’t realistic, Manon also suggests volunteering or being on an advisory board to gain experience until you can make a full-time shift.

Talk to people who can actually help you

When you need to re-evaluate your work, leaning on your bestie may not be your best course of action. They may try to talk you out of it. Change scares people. A better idea, Vanessa said, is to find people who do the sort of work you want to do, and feed off their energy.

For her, that meant connecting with the startup community in Philadelphia and surrounding herself with other people who made the switch from corporate life to being an entrepreneur. She also volunteered at a program at her kids’ school that helped children launch their business ideas. The best part, she said, was learning that failure is okay, and part of the process.

Reshma agreed that failure, as much as no one wants it, can be the best part of any shift.

“With every achievement also comes the risk of failure and disappointment. I’m proud that I’ve been able to embrace those feelings, and I think it has helped me,” she said. “I’ve tried to learn from those moments, and I believe it has made me more resilient.” 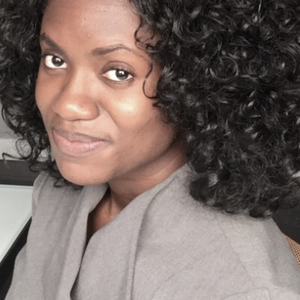 "pivot" is certainly less scary than "change". Thanks Pauline for sharing.