How I Manage Entrepreneurialism And Mom-ism

By Sallie Krawcheck, Ellevate Chair, CEO and Co-Founder of Ellevest

I sort of hate the question always asked of professional women of “How do you manage it all?” My short answer is typically, “Barely. And sometimes only barely.”

My daughter was recently a bridesmaid at a wedding, wearing a dress that I forgot to have hemmed. My son wore his lower-school uniform well into middle school, because I somehow missed that we were supposed to switch it. And my cat desperately needs to be groomed. Desperately.

But I do a few things right. And being an entrepreneur, and sharing the journey with my kids, is one of them.

My kids are seeing that it doesn’t have to be about having an interesting career OR having an impact. It can be about having an interesting career AND having an impact. As a family, we don’t just talk about what I am doing (my team and I are in the process of building Ellevest, a digital investment platform for women). We also talk about why we’re doing it (to help close the gender investing gap, which can in turn lead to a lot of great things for women). This had led to some terrific dinner-table conversations about the impact my kids want to have when they’re in the workforce.

(Side note: when I left the big-company-world, I fretted that my potential for having a real impact might be over, without all the resources, all the people, all the investment dollars that a big company can bring. Given the way the world is changing, boy, was I wrong. Wrong, wrong, wrong.)

They have learned that success is not forever, and failure is not fatal. So many of their friends’ parents seem to be “set.” “She” is a senior vice president at xyz; “He” is a doctor. They held those roles last year, they most likely will next year.

In contrast, my kids have seen the highs and lows of my career transitions and my starting a business. This is a trajectory that I think will become more the norm given the accelerating pace of change of business. They see that career reinvention – and more than once – is possible over the course of one’s career.

Particularly for my daughter, I think this matters. The research indicates that females take failure harder than males. After all, we females love to get our A's at school. The shame around failure still exists in our society, but not in our household.

When my kids need me, I can be there. Both of my kids had serious health issues (and both are now completely recovered). I was able to be with both of them every step of the way, because of the flexibility entrepreneurialism gave me. Sure, I’ve been late to my share of class plays and missed more than my share of parents night at school, but they fully understand the priority we as a family place on family.

Contrast this to when I was in corporate America and I had a personal health scare. I told my CEO I would have to step out of an offsite for a bit to have a brain scan….and he told me to get back to the meeting as soon as possible. No, “Oh my goodness, take the time you need.” Not even a, “I hope you’re okay.” (And, to be clear, I didn’t use a euphemism: I told him it was a BRAIN SCAN.) He never asked me the results of it either.

I know all corporate bosses aren’t like this, but mine was. The freedom of entrepreneurialism gave me when my family needed me was a real blessing.

I am endlessly grateful. Do I like it that it’s tougher to get a woman-owned business funded than a man’s? No. Did it drive me nuts that one of the fathers at my daughter’s school told me it had been noted that I missed the paperback book fair? Sure. Was it no fun to fly through a storm to get to a meeting in Florida last week? No fun at all.

My categorization of these issues: first world problems. As Billie Jean King says, “Pressure is a privilege.” Being entrusted with outside funding to build Ellevest and being able to bring up my kids: both of those things are a privilege, and I try to make sure that my children know that, even as my daughter tripped over her bridesmaid dress as she walked up the aisle.

This originally appeared in Linkedin. 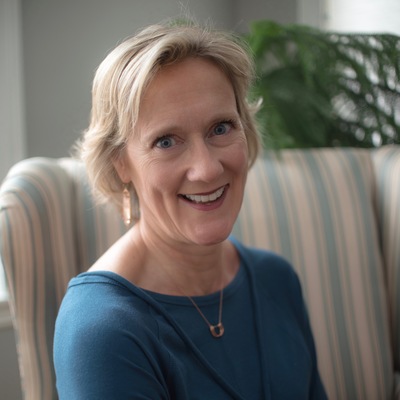 Thank you for this article Sallie, although my 3 daughters are not quite old enough to be married, every bit of your story resonates. Well stated, and thank you for your work with Ellevate Network!